food THE NEXT BIG THING IN FANCY FOOD

Instead of seeking out farms growing delicious fruits and vegetables, chefs look one step deeper into the food production system—to the plant breeders who provide farmers with seeds. 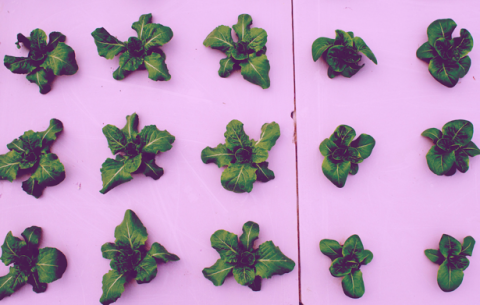 High-end chefs are beginning to work with farmers to breed custom new creations for their kitchens.,Tom Mihalek/Reuters

It was only a matter of time before the most creative chefs in the country started looking for their next challenge. The foams and gels and perfect spheres of molecular gastronomy no longer surprise; the knowledge that fresh, local produce tastes good has spread so far from Alice Waters' corner of Berkeley that evenfast(ish)-food chains have taken up that gospel. Plus, there's a limit to how many times you can serve a meal of simple, locally grown ingredients—a scattering of vivid heirloom vegetables served beside oh-so-juicy roast chicken, howevergussied up—before the delight wears off just a tiny bit.

So for the past year or so, the chef Dan Barber has been evangelizing for a new direction—taking cooking from the kitchen to the farm. As he once put it: "What if we could 'cook' or manipulate flavors in the field, long before anything got into our kitchens?"

Instead of seeking out farms growing delicious fruits and vegetables, Barber’s vision of the future is that chefs could look one step deeper into the food production system—to the plant breeders who provide farmers with seeds. Why stop at farm-to-table? Chefs could be dreaming up test-field-to-table food and working with breeders to create exactly the ingredients they desire.

Although the idea that plants can (and should) be coaxed into becoming more tasty to humans goes back as far as agriculture, not that long ago it would have been a stretch for high-end chefs to find breeders to work with. Plant breeding was traditionally a strength of America's land-grant universities, which would release their newly improved seeds to the country's many farmers. But as more money started flowing to academia from the private companies focused on genetically modified plants, these more traditional breeding programs fell out of favor.

Last fall, Barber's restaurant Blue Hill at Stone Barns hosted a symposium that put top plant breeders and celebrated chefs into the same room and let them get to know each other a bit. By the end of the day, the chefs were dreaming of the perfect chili peppers for a particular dish and new, improved East Coast tomatoes. Barber's already helped develop a winter squash more to his liking.In the past few years, though, there's been a push from the sustainable agriculture community to revive them. Seed Matters is supporting young scientists who want to make their careers in organic plant breeding; the Open Source Seed Initiative released, this year, its first batch of seeds that are meant to live free of patents.

This isn't just new territory for the chefs. Presented with the problem of creating "a particular flavor of squash," Barber told Food & Wine, one seed breeder stopped short: "No one has ever asked me to breed for flavor," he said.

Developing new seeds can be a slow process, but it's fun to imagine how, a few years from now, chefs might be working with made-to-order ingredients—spicy, red lettuce one season, heads of leaves crisp as iceberg but deeply flavorful the next. A restaurant wouldn't need to boast about which farm its vegetables came from; it could have its own bespoke vegetables, designed from the ground up.