books The Noise of Time

The Noise of Time, the new novel by Julian Barnes, is a fictionalized portrait of Dmitri Shostakovich, perhaps the most famous Russian composer of the Soviet era. Leslie Rieder, in this review, gives us a peek into the "utterly fascinating" tale Barnes has woven. 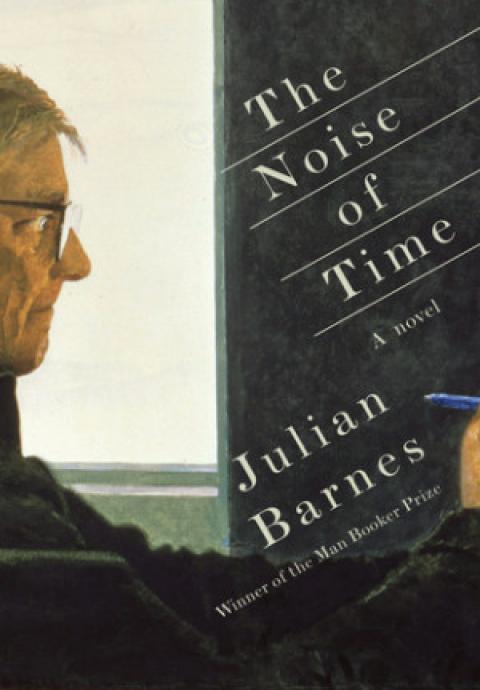 Vladimir Lenin once famously said that “art belongs to the people” and these are the words that shape the narrative of Julian Barnes’s latest book, "The Noise of Time." Returning with his first novel since his 2011 Man Booker Prize winner, “The Sense of an Ending,” Barnes weaves his new novel from the true story of Dmitri Dmitriyevich Shostakovich. It follows the composer as he navigates his way through Soviet Russia, at times in favor with Power, and at times denounced for his “muddle instead of music.”

The story begins in the middle of the night in the hallway outside Shostakovich’s apartment. The protagonist stands alone, smoking his fifth cigarette, with his suitcase at his feet. For 10 nights Shostakovich waits, certain that Power, as he refers to the leaders of the Soviet Union, is coming to take him away during the Great Terror. It is 1937, and he believes he has been wrongly linked to a plot to assassinate Joseph Stalin. So there he waits, every night for nearly two weeks, expecting to be carted away forever.

But Power never comes, and Shostakovich returns to his bed with his wife and child, eventually going on to write his successful Fifth Symphony. As the story unravels, the reader finds that 1937 is not the first time Shostakovich has crossed Power’s radar in an adverse fashion, nor will it be the last.

The novel is divided into three parts, with each section occurring in one ordinary place – by the elevator, on a plane, and in a car. All of the action ensues in Shostakovich’s thoughts as he relives significant events from his past.

The first section gives ample insight into the mind of Shostakovich. He was a timid boy, and he is a nervous man, prone to a “skittering” mind. Dominant women have thus far directed his life, with his mother at the helm and former lovers taking up more of his head space than they deserve. He imagines being more assertive, standing up for himself more often, but, always introspective, he knows he is capable of nothing but hollow threats. After all, he ran away from his own wedding the same way he ran away from his family as a child – with a quick return and his tail between his legs.

Twelve years have passed by the second section of the book, and the content takes on a wider lens, more deeply examining Communist Russia and the role of art within it. Because all composers are state employees, they are subject to the demands and criticism of the government. Barnes likens their musical production to coal miners meeting a daily quota. As Shostakovich reflects on how his own works have changed under the Soviet regime, he feels both shame and a hilarious sort of faith in the irony of the situation. He believes that irony has the potential to protect the proper message of his music, hiding it in a “secret language” that drifts over the heads of Power.

The final section of the book digs back into the psyche of Shostakovich. It is now the 1960s, and the new Soviet leader, Nikita Khrushchev, has decided that Shostakovich should become the chairman of the Russian Federation Union of Composers. It is an honor to which Shostakovich clearly does not aspire, and he thinks it possible that “it is our destiny to become in old age what in youth we would have most despised.”

Barnes’s storytelling is phenomenal; Shostakovich, as tragic and anxious as he is, is utterly fascinating. The story ricochets from one moment to another, with each memory acting as a piece of a patchwork quilt that will ultimately be sewn together to make sense of Shostakovich’s life.

Though the settings for each of the three sections are incredibly simple, the recollections take the reader from youthful summers in Crimean sanitariums to the Waldorf Astoria in New York to dusty train station platforms between Ukraine and Moscow. Throughout these accounts, Barnes uses a dark humor to pluck out the bitterest human emotions – cowardice, shame, fear of death, and the fear of living, for “to be Russian was to be pessimistic,” after all.

By the end of the novel, it is clear that art does not only belong to the people, for “art belongs to everybody and nobody.” Barnes proves that however stifled an artist is, the artist can still manage to find a sense of order and harmony that will resonate above the noise of time.