Pfizer just raised drug prices for a second time this year—and it's not alone. 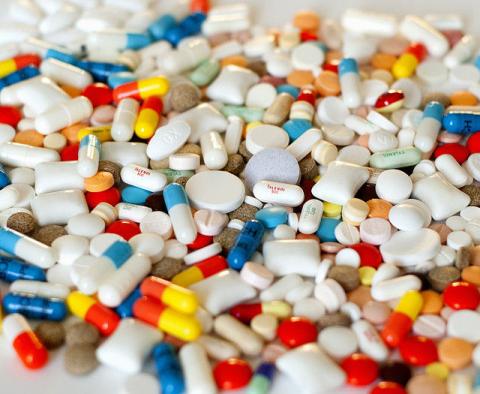 Last week, as Vermont Governor Peter Shumlin signed off on the first state law requiring drug companies to justify steep price hikes, Pfizer was in the process of raising the list prices of its drugs by an average of 8.8 percent, according to a Pfizer spokesperson. The price boost follows a similar one in January, which involved raising the list price of more than 100 drugs, some by as much as 20 percent.

Pfizer isn’t alone in this trend. Drug companies including AbbVie, Eli Lilly, Merck, and Bristol-Myers Squibb also continue to steadily raise prices across the board—although, it's happening at “modestly lower” rates than those seen in 2015, as FiercePharma reports.

The march towards ever higher drug costs continues despite strong public outcry. The firestorm has mostly centered on figures such as the executives of Valeant Pharmaceuticals and Martin Shkreli. The former CEO of Turing Pharmaceuticals became notorious for raising the price of a life-saving anti-parasitic drug by more than 5,000 percent as well a running an alleged Ponzi-like scheme. But soaring price increases is an industry-wide phenomenon.

A recent study by the Kaiser Family Foundation, a nonprofit, nonpartisan organization focused on healthcare issues and policy, found that spending on prescription drugs has risen sharply in recent years. The amount that Medicare spends on prescription drugs rose from two percent in 2004 to 29 percent in 2014. And one in four Americans report having difficulty affording their medications. Moreover, many specialty drugs are priced higher in the US than they are in other developed countries, the study found. Even generic drugs are seeing price increases, some as high as 75 times their previous prices.

In an e-mail to Ars, a spokesperson for Pfizer noted that “the list price increase does not reflect the significant discounts Pfizer pays to health plans and the government.”

It is true that the list prices do not reflect the prices that insurers and pharmacy-benefit managers pay manufacturers, but the price hikes still get passed onto consumers to some extent—particularly to the consumers least able to pay. Uninsured patients often have no choice but to pay list prices, and an increasing number of insured patients are covering a percentage of hiked list prices, according to the New York Times.