labor State Terrorism and Education, the New Speculative Sector in the Stock Market

(Orginally published in Spanish on SubVersiones, see links at the end.) If the national teachers movement in Mexico manages to bring down the educational reform, there will be a path to bringing down all the structural reforms that are occurring in the country’s strategic sectors, such as the energy sector. This is the assessment that teachers are making. This is precisely the fear of the federal government. 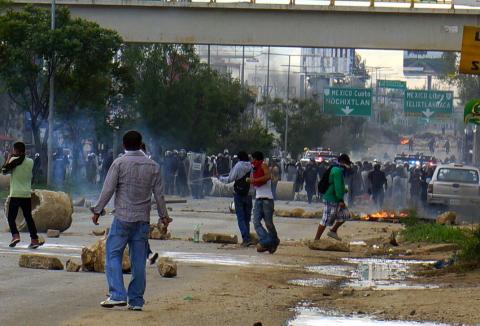 The reasons why the Mexican government wants to impose the Educational Reform, even if it means killing people, as with the massacre in Nochixtlán by repressive state forces on June 19, are rooted in economic objectives guided by international financial organizations. The reform, proposed by the Organisation for Economic Co-operation and Development (OECD), with the OECD-Mexico Agreement to Improve the Quality of Education in Schools of Mexico, aims to lay the groundwork to shift education from being a State responsibility to instead being resolved in the realm of the financial market.

One of the state’s actions accompanying the Educational Reform is the issuing of bonds to the speculative market. Just over a year after the adoption of the reform, in December 2015, the first educational bonds or National School Infrastructure Certificates (CIEN) were issued by the Mexican Stock Exchange, which investors BBVA Bancomer and Merrill Lynch purchased for 8.581 billion pesos.

When a company or state issues bonds, the investors who buy them are lending them money in exchange for the issuer – in this case the Mexican State – committing to pay the interest at fixed intervals over a predetermined period of time. These payments will be made every six months and by the states and their inhabitants. 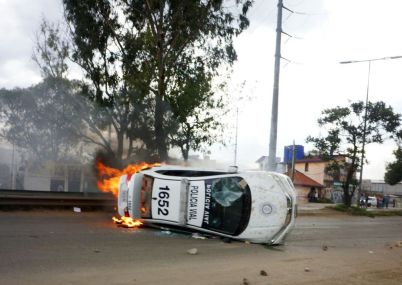 With the educational bonds, the state aims to attract investors to this sector and, in a first stage, aims to renovate existing infrastructure and promote the development of new schools and basic services. That is, the state has converted the bonds into a given number of common stocks to attract investors to this sector that, since its establishment, is seen as another company that will have to generate profits for shareholders.

According to Joseph Stiglitz, Nobel Laureate in Economics and former vice president of the World Bank, the Structural Adjustment Programs have four steps: privatization, in which the government sells companies and public institutions to private investors; the liberalization of financial markets, when controls are reduced on the entry and exit of money in the country – in order to attract investors – interest rates are increased; the introduction of market prices, when the government allows the prices of basic food, water and energy to rise; and free trade, which means removing barriers (taxes and tariffs), to foreign products that protect local producers and industries.

If the national teachers movement manages to bring down the educational reform, there will be a path to bringing down all the structural reforms that are occurring in the country’s strategic sectors, such as the energy sector. This is the assessment that teachers are making. This is precisely the fear of the federal government. The government remains closed to dialogue because it already signed all of the international agreements. 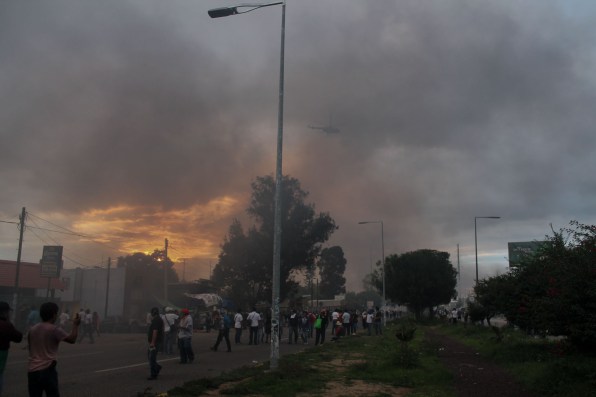 The CNTE argues that the educational reform is a model seeking to outsource education by replacing their positions with new contract workers without labor rights, until it turns into a privatized service. The reform is focused on recruitment procedures and teacher supervision and not on true changes to improve education and the working conditions of the teachers.

According to María Bernardita Zamora, a history teacher in Iztapalapa, one of the poorest areas in the Federal District, and a member of the CNTE (the teachers union fighting the reform), the estimate is that with the reform 60% of the 1.2 million teachers in Mexico today will lose their jobs. So far, 4,000 teachers have been fired for rejecting the educational reform, according to the teacher.

The teachers of the CNTE have been on a general strike since May 15. Since that date there has been intense plan of mobilizations by the movement, and the state response was brutal repression. In the last week barricades were erected in all regions of the state of Oaxaca, where countless acts of repression by federal and state police were recorded.

On June 18 and 19, the repression led to a massacre. Starting on the 18th, in the Isthmus of Tehuantepec, the battles that began in Zanacatepec extended to Juchitán, Ixtepec, Tehuantepec and Salina Cruz. All barricades reorganized themselves after those failed attempts. Later, on the 19th, the focus of the repression spread to the Mixteca region in Nochixtlán, where for a week teachers, parents and the community in general had maintained barricades to keep the police out of the city of Oaxaca. The repression left at least eight people dead, 27 disappeared and a hundred injured and arrested.

Despite this situation, the police had to retreat and try at all costs to clear the roads to advance to the state capital. The federal police managed to pass the blockades at Nochixtlán and Huitzo in order to enter the city of Oaxaca, while they received support from reinforcements who were waiting at the airport and other sites.

Hours after the massacre in Nochixtlán, about 20 blockades at the entrance to the city of Oaxaca were attacked. There was at least one person killed by the repressive forces of the state, and hundreds injured and arrested.

On the same night, the next location expecting repression was the center of the city, specifically the Zócalo (main square), where since May 15 teachers have maintained their encampment. Electricity to this area was cut for a few hours, later being turned back on. Barricades were erected around the Zócalo. In the end, there was no eviction and the camp remains until now.

Meanwhile, the Interior Minister of Mexico issued a statement on Sunday, June 19, where he stated that photographs shared on social networks, which show federal police using firearms against protesters, are totally fake. “The actions of the federal troops are in line with the protocols established to enforce the law without violating human rights,” he said.

Moreover, a gathering of more than 70 civil society organizations issued a humanitarian alert in response to the armed State attack on the civilian population.

Today, June 19, we are witnesses to the extremely violent actions of the Mexican State to repress the teachers and organized society in resistance in various areas of the state of Oaxaca, including the Isthmus of Tehuantepec, Nochixtlán and the city of Oaxaca. As a result of excessive use of force, at least six people are dead and dozens wounded and detained.

Similarly, they say that:

So far the whereabouts of detainees, or the total number of injured and dead are not known. Medical care has not been guaranteed and the civilian population has had to create emergency care sites to meet the overwhelming need of those injured.

Among other points, the statement by civil society organizations denounces the constant criminalization of social protest in Oaxaca. Among the main instances regarding this, it is worth noting:

Similarly, various United Nations officials have issued urgent appeals to the Mexican authorities, voicing their concern about human rights violations reported in some of these cases, in particular, arrests without an arrest or search warrant, the use of torture during the subsequent arbitrary detention, and other violations of the rights of detainees.

On Saturday, June 11, 2016, at approximately 11pm, more than 1,000 police violently removed the teachers of Section 22, who belong to the CNTE in Oaxaca, the state with the highest concentration of teachers affiliated with the CNTE, 83,000 of the 200,000 in all of Mexico. The teachers were in an encampment in front of the Oaxaca State Institute of Public Education (IEEPO).

The police attacked the teachers from various positions, firing tear gas canisters directly at the teachers. Meanwhile, the teachers reorganized immediately, together with neighbors and anarchist youth, resisting with stones and barricades. After the repression, the teachers went to the Zócalo, where their encampment remains at the moment.

The eviction came after a team of special forces on Saturday afternoon arrested Francisco Villalobos Ricárdez, Organization Secretary of CNTE Section 22, in the city of Tehuantepec in southern Oaxaca, for the theft of books in 2015. Those books are distributed to students for free and are considered property of the Ministry of Public Education. During the theft one person was injured, according to the charges filed against the secretary. Early Sunday morning, the same day as the repression in Oaxaca, Secretary General Rubén Núñez was arrested for the alleged use of illicitly acquired funds. Altogether, seven CNTE members have been detained. Another 24 members of the CNTE in Oaxaca have arrest warrants out against them.

In a press release, the CNTE said that the government has publicly shown that today’s teachers are treated as the worst offenders in the country as several of them are held in maximum security prisons, as they represent a threat to the government of Enrique Peña Nieto and by not allowing the passage of a reform that was dead on arrival, as it is being buried in Oaxaca.

The teachers’ movement is calling for an immediate start to negotiations, but the government refuses to open up such a space. Isabel García Velázquez, a teacher and member of the CNTE political commission in Oaxaca from the Coastal region, said:

We are willing to have a national dialogue on education because we have a proposal. An alternative education model is needed in the state of Oaxaca, one that respects the customs, the culture and that is evaluated according to how we live. But they want to impose a reform exclusively in accordance with their own policies. It will not be possible here in Mexico, not here in Oaxaca.

For videos and more photographs and videos, and to support the activists and independent journalists visit: SubVersiones and @SubVersionesAAC and El Enemigo Comun @ElEnemigoComun