As the Pentagon prepares to lift a ban on transgender people serving in the military, Lily Zheng calls for a more radical "transgender rights" movement outside of assimilationist rhetoric and policies. 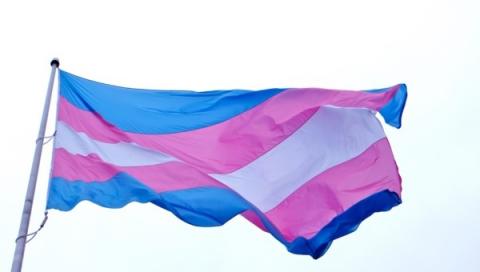 The transgender pride flag flown in the Castro District of San Francisco 2012.,

Transgender people in the U.S. have a long history of being ignored by the mainstream LGBT rights movement. This movement, built off the struggle of trans activists and organizers in the 1960’s and quickly co-opted by white, middle-to-upper class gay men and women, has long fixated on assimilation, marriage, normality, and equality, but not justice.

However, after the Supreme Court ruling in favor of gay marriage in June 2015, the movement has been echoing a new line: time for transgender rights.

The “transgender rights” that the mainstream LGBT rights movement seeks – transgender military inclusion one of many – are steeped in the same assimilationist rhetoric that drives its other successes.

After the repealing of “Don’t Ask Don’t Tell,” a policy that banned gay, lesbian and bisexual troops from openly serving in the armed forces in 2011, the inclusion of only three out of four letters in the well-known LGBT acronym made it clear that transgender soldiers were left in the dust. As many as 15,500 transgender individuals may currently be on active duty, or serving on the Guard or Reserve Forces.

These individuals face numerous difficulties in the armed forces due to highly restrictive and outdated policies that restrict the expression of their identities: the threat of dishonorable discharge if their trans identities are made known, the inability to wear the gendered uniform and be addressed using the name and pronouns of their choice and potential harassment and discrimination due to their gender identity or expression.

Updating military policy to allow trans people to openly enlist and serve in the military would ostensibly both reduce the stress that trans soldiers face and increase the effectiveness of the military.

The above argument is not an unfamiliar one, especially to the mainstream LGBT movement.

Advocating for inclusion into society’s most revered institutions – whether they be marriage or the military – is a tactic that the mainstream LGBT movement has employed with great success. It hinges on demonstrating “normality,” on proving that LGBT people are just like everyone else, on ultimately assimilating so that privileged (wealthy, white and cisgender) lesbians and gays can reap the same benefits from society as their equally privileged straight friends.

As a trans woman of color, I find it particularly ironic that soon I will be able to serve the same country that brutalizes my black and brown sisters on the streets and in prisons by brutalizing black and brown people elsewhere.

I find it more ironic that to the mainstream LGBT movement, this is a victory.

While transgender inclusion in the military in the near future is almost a certainty, gaining the right to participate in America’s war machine does not help trans people.

Assimilating into oppressive systems invested in the continued occupation of countries around the world, the so-called “War on Terror” that has itself terrorized communities in the Middle East and contributed to Islamophobia at home, and an aggressive neoliberalism that uses the military as a tool for rampant economic gain is no victory.

No amount of rhetoric that emptily repeats the same patriotism and nationalism on behalf of trans people can erase the reality that the U.S. military is complicit in global injustice.

Inclusion campaigns do not help those of us who are already systematically excluded from society due to our other identities. For trans people of color, trans women, disabled and neurodivergent trans people, non-binary trans people and many others, transgender military inclusion is an almost entirely irrelevant issue.

This is not to say that I wish to advocate against it – I am almost sure it will happen. But true victories lie not in claiming seats at an already broken table, but in deconstructing oppressive systems and building alternatives in our communities.

True victories lie not in pinkwashing but in affordable health care and housing, and an end to deportation, criminalization and police brutality. The common response to these demands from moderate progressives is always some variation of, “We’ll get to that next!  One thing at a time!” And trans people are never surprised.

While trans activists and organizers have been advocating for those issues that would most help their communities for decades, the mainstream LGBT rights movement has tried especially hard to focus on every issue it can find that isn’t liberation – because what about liberation could possibly benefit wealthy white gay men and women and their corporate sponsors? It makes sense that a movement invested more in Bud Light and Airbnb sponsoring their pride parades than the suffering of queer and trans people of color would invest in finding distractions.

Trans military inclusion is, at best, one of these distractions. One of those causes that is bound to resolve in due time, that the mainstream LGBT movement can rally behind and then take credit for. For what it’s worth, military inclusion will help transgender troops who are currently forced to hide their identities to live their lives a little more free of fear and discomfort. I am sure that these policy changes will make serving in the military a little less dangerous for trans service members, and that is by all accounts a good thing.

However, on a grander scheme the real work – prison abolition, Black Lives Matter, living wages, affordable health care and housing – is elsewhere. Dedicated trans activists, organizers, and communities have been engaged in this work with or without the support or even knowledge of wealthy, white gay people.

If it is committed to the same visions of justice and liberation as the rest of us, the LGBT movement that has been so focused on assimilation needs to take a step back, look at the work already being done, and either repurpose their resources or be part of the problem.

Lily Zheng is an educator, writer, and activist currently pursuing a degree in Psychology at Stanford University. She writes about the intersections of sex, identity, gender, queerness and activism. Contact her at 'lilyz8@stanford.edu.'