film Review: In ‘Equity,’ No Room for Sisterhood Amid Gloves-Off Wall Street Warfare

“Equity” is bracing, witty and suspenseful, a feminist thriller sharply attuned to the nuances of its chosen milieu. In setting and mood, it bears some resemblance to J. C. Chandor’s “Margin Call,” which similarly infused sleek and sterile corporate spaces with danger and dread. But unlike that film or Adam McKay’s “The Big Short,” Ms. Menon’s movie is not about the system in crisis. It’s about business as usual. Which is to say about corruption, deceit and treachery. 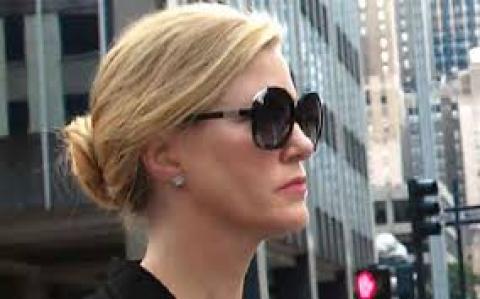 “I like money,” says Naomi Bishop in an early scene in “Equity.” In 21st-century America — especially in the finance industry, where Naomi works — that hardly counts as a radical statement. But Naomi, speaking to a group of professional women, is making a point less about her own feelings than about the gender stereotypes and sexist assumptions that prevail in the business world. She contends that, although women have grown more comfortable asserting their ambitions, they haven’t fully embraced the competitive dynamic of modern capitalism.

Tightly directed by Meera Menon from an astute, efficient script by Amy Fox, “Equity” takes Naomi herself as a test case. Played by Anna Gunn with a striking blend of unguardedness and poise, Naomi sits in a spacious office near the top of a big investment bank. She is comfortable with power and confident in her own abilities, even as she is aware of the double standards and hidden biases that surround her. In spite of a recent setback — an I.P.O. she was handling went bad — she is the very image of success, with a beautiful apartment, a handsome lover (James Purefoy) and the respect of her colleagues.

You might suspect that Naomi is being set up for a fall, and, to some extent, the film is a cautionary tale, a warning about the hidden traps and double binds that lie in wait. A copy of “Unfinished Business,” Anne-Marie Slaughter’s book about “how women still can’t have it all,” makes a brief, pointed appearance onscreen, and “Equity” dramatizes some of its arguments about the impossible choices women face in the workplace. One of the most wrenching scenes involves the childless Naomi’s figuring out that her protégée and vice president, Erin (Sarah Megan Thomas), is pregnant. The look on the younger woman’s face — pure panic eating away at the obligatory mask of joy — haunts the rest of the movie.

Not that Erin is especially ambivalent. Like her boss, she is committed to the path she has chosen, even if it means spending time apart from her husband and pretending to flirt with co-workers and clients. Naomi, simply by virtue of being a woman over 40, is expected to be warm and maternal, and Erin, for similar reasons, is expected to reciprocate, or at least to play along with, sexual attention from men. Nobody comes out and says anything gross or actionable — this is not “Mad Men,” and every company has binders full of rules about appropriate conduct — but the lessons are clear, indisputable and dismaying.

“Equity” itself, however, is bracing, witty and suspenseful, a feminist thriller sharply attuned to the nuances of its chosen milieu. In setting and mood, it bears some resemblance to J. C. Chandor’s “Margin Call,” which similarly infused sleek and sterile corporate spaces with danger and dread. But unlike that film or Adam McKay’s “The Big Short,” Ms. Menon’s movie is not about the system in crisis. It’s about business as usual.

Which is to say about corruption, deceit and treachery, as well as sexism. There are plenty of men in the movie — not all of them bad guys, by any means — but, at heart, it is the story of three women. Naomi, Erin and Samantha (Alysia Reiner), a government lawyer who investigates insider trading and is an old acquaintance of Naomi’s. As another important I.P.O. looms, there is plenty of jeopardy to go around, and the plot turns on a complicated series of alliances and betrayals.

At several points, you are acutely aware of what might go wrong, not with Naomi’s plans or Erin’s ambitions or Samantha’s case, but with the movie. It could easily have lapsed into didacticism, or into the kind of sentimental wishful thinking that so often afflicts Hollywood’s attempts to deal with the seductive, morally ambiguous world of big money

“Equity” invites us to slot its characters into stereotypical frames and then breaks the glass. It would be easy to see Naomi as a cold and ruthless striver, Erin as a scheming underling and Samantha — who lives a respectably funky, middle-class life in Park Slope with her wife and their two adorable children — as the voice of justice and decency. One of the accomplishments of the movie, and of Ms. Reiner, Ms. Thomas and, especially, the amazing Ms. Gunn, is to make the viewer reflect on how deeply ingrained such images are, and to challenge them even as it exploits their tenacity.

This kind of honesty is a little unsettling. Viewers seeking an ideologically reassuring ending — about the depredations of capitalism, the value of sisterhood or the glories of the free market — are likely to be frustrated, even shocked. But “Equity” pulls off a difficult balancing act with an elegance that should not be underestimated. It turns its unflappable gaze on a maddeningly complex reality and transforms it into a swift, clear and exciting story.

[A. O. Scott joined The New York Times as a film critic in January 2000, and was named a chief critic in 2004. Previously, Mr. Scott had been the lead Sunday book reviewer for Newsday and a frequent contributor to Slate, The New York Review of Books, and many other publications. In the 1990s he served on the editorial staffs of Lingua Franca and The New York Review of Books. He also edited “A Bolt from the Blue and Other Essays,” a collection by Mary McCarthy, which was published by The New York Review of Books in 2002.Mr. Scott was a finalist for the Pulitzer Prize in Criticism in 2010, the same year he served as co-host (with Michael Phillips of the Chicago Tribune) on the last season of “At the Movies,” the syndicated film-reviewing program started by Roger Ebert and Gene Siskel.]