1,500 years ago, urbanites in Mesoamerica's biggest city domesticated rabbits for fun and profit. 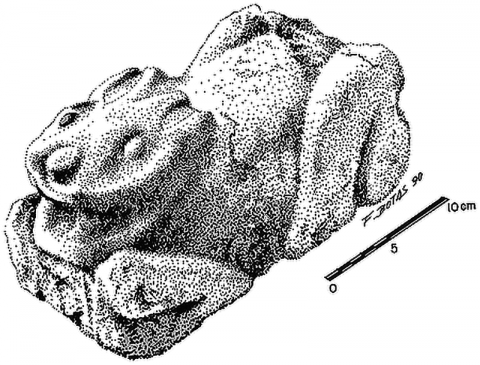 This small sculpture of a rabbit was found in the early 1990s at the bunny apartment complex in the Oztoyahualco neighborhood of Teotihuacan. It is likely over 1,500 years old., F. Botas

In the first century BCE, right around the time when Julius Caesar was dismantling the Roman Republic, the great city of Teotihuacan dominated the region now known as Mexico. The sixth largest city in the world at the time, it was known for massive pyramids and sprawling neighborhoods. Centuries later, the Aztecs claimed the famous city as part of their own heritage. At its peak, Teotihuacan was home to more than 100,000 people. Residents were living in such close quarters that architects invented multi-story apartment buildings to house them. In one neighborhood, urban farmers kept rabbits to feed the hungry Teotihuacan masses.

A group of anthropologists describe their discovery in PLoS One, filling in details of what appears to be a rabbit farm and butcher shop in a Teotihuacan neighborhood called Oztoyahualco. From roughly the 4th through 6th centuries, this neighborhood was home to an apartment compound that immediately stood out for a few reasons. Several rooms contained an enormous number of cottontail and jackrabbit remains, as well as soil with high phosphate levels that would indicate a lot of blood or fecal matter on the ground. One room had low stone walls "suggestive of a pen for domestic animal management," the researchers write. Other rooms were full of obsidian blades and rabbit limbs, as if they were part of a butcher shop.

Add all those findings together and you've got what appears to be an apartment complex devoted to raising and slaughtering rabbits. One more piece of evidence strengthened the hypothesis: a previous excavation had uncovered an unusual rabbit sculpture (pictured above) on the site. Bunnies were obviously important to the people in this place. 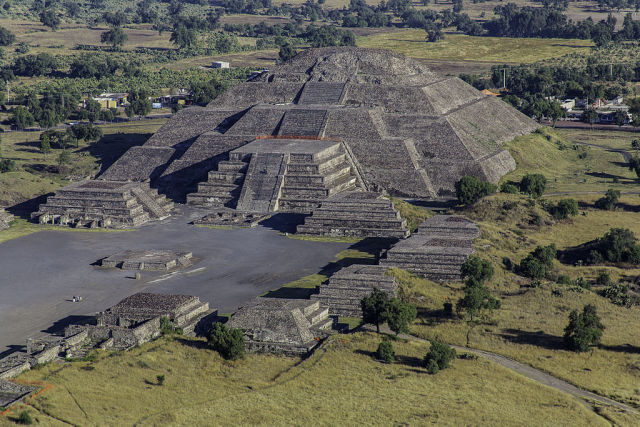 The Pyramid of the Moon in Teotihuacan, México.  Ricardo David Sanchez

To figure out how rabbits were treated and consumed in Teotihuacan, the researchers looked at animal remains from a number of places around the city. They carbon dated the bones to figure out when rabbits were most common as a food item. As it turns out, they were more popular later in the city's history (roughly 4th through 6th centuries), likely because larger game like deer had become more scarce. A carbon isotope analysis on the bones also revealed that these rabbits were mostly eating human-cultivated food like maize, maguey, nopal, and amaranth. This evidence further bolsters the idea that humans were rearing the bunnies or possibly catching wild rabbits that came into farms to nibble on the crops.

Domestic animals in Mesoamerica didn't leave as much of an impression on the environment, or as many remains, as their larger counterparts in Europe. But ancient Americans kept many animals, including parrots, turkeys, turtles, bees, dogs, and more. What this study reveals is that rabbits were a very important source of food for Teotihuacans, and there was a thriving industry devoted to their care, as well as to their preparation as meat and fur.

Indeed, the bunny industry in the Oztoyahualco neighborhood was clearly extensive. There are remains from six different rabbit species, and carbon isotope analysis suggests that some were raised in captivity while others were probably caught in the wild and brought to the complex to be butchered. The rabbit apartment complex may even have sold rabbit-related trinkets like the sculpture. It's very possible that Teotihuacans kept some bunnies as pets, too. Put another way, even the great civilizations of the ancient world recognized the awesomeness of bunnies.