Dear Mayor Emanuel: I Resign My Position as Principal of the #1 Rated Neighborhood School in Chicago

The achievement has gap steadily increased under your mismanagement as you and your appointees at CPS made one disastrous decision after another, in defiance of the evidence and research on educational practices. You have made it increasingly difficult for principals and teachers to provide strong academic programs for our students. 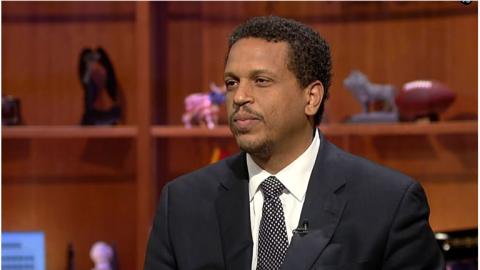 Former Principal Troy LaRaviere resigned Tuesday from Blaine Elementary after he was suspended by CPS. He was later chosen as president of the Chicago principal's union.,WTTW - Chicago Tonight

I have the pleasure of informing you that I lived up to my promise to the Blaine LSC, and I did so a year earlier than promised. Last Monday, Chicago Magazine released its elementary school rankings for 2016.  Blaine is now ranked as the #1 neighborhood school in Chicago, and #3 public school in the City overall.  In the process, working with motivated teachers and engaged parents, we increased the percentage of students meeting reading standards from an already high 79% to 89% in just our first two years.  That kind of growth from an already high performing school–without the addition of a selective enrollment program–is unprecedented.

Behind this significant accomplishment are a series of basic concepts based on empirical evidence regarding effective school practices and thoughtful consideration of how we might apply those practices at Blaine.  One fundamental element of improving the school was ending selective access to advanced curriculum.  When I arrived, less than 30% of students had access to it; today more than 90% have access. As is the case with most CPS schools, Blaine has a talented hard working staff.  Another critical element of our success was to involve that staff in an effort to create systems, relationships, and patterns of collaborative activity that are proven to improve teacher performance, and therefore improve student achievement.  In many ways, that was the easy part.

The difficult part was mustering the will and stamina to remain steadfast in our commitment to use evidence-based practice in the face of tremendous pressure–from politicians like you–to adopt baseless “school reform” ideas like “tracking” (school based selective enrollment), “choice,” and the over-evaluation of teachers; ideas that are grounded in ideology and politics as opposed to proven effective educational methods. In a word, the biggest obstacle to Blaine becoming the #1 neighborhood school in Chicago was politics. And while many people contributed to this problem, nobody in our great city is more responsible for that political obstruction than you.

I spent a lot of time fighting those politics during my first two years at Blaine. Some of the people I fought had good intentions, but it was abundantly clear that they did not understand effective education policy. Rather, they came with ideology and politics. We came, instead, with empirical research and evidence.

I take my profession seriously and I practice it with integrity. I did not succumb to corporate educational fads. I did not pander and I did not bend to the selfish aims of a privileged few. If an idea was not in the interests of the school as a whole, it did not happen under my watch. However, during those first two years I kept my fight behind-the-scenes and between the walls of Blaine.  Like all CPS principals at the time, I took no public stances against your incompetent and uncaring mismanagement of our school system. It was my sincere hope that internal advocacy and leading by example could and would prevail.

Instead, the achievement gap steadily increased under your mismanagement as you and your appointees at CPS made one disastrous decision after another, in defiance of the evidence and research on educational practices.  You have made it increasingly difficult for principals and teachers to provide strong academic programs for our students.

Accordingly, in the summer of 2013 I began efforts to ensure that the residents of our city understood the negative consequences of your administration’s backward and reckless management of our school district. I did so for the following reasons:

So for the next three years, I consistently and publicly advocated for credible evidence-based education policies. This, in turn, made me also be a consistent public critic of the ideological and politically driven policies coming out of your office and implemented by your hand-picked board.

One might think that after witnessing the unprecedented academic gains of Blaine students, you and your appointees might call on my school leadership team to help you understand how we improved at such an incredible rate.  Instead, at your direction, your appointees are pushing forward with efforts to terminate my employment. It is clear that I am being punished for my advocacy, and that this retribution is more important to you than effective public education for Chicago’s children.

Instead of learning from our work at Blaine, your appointees attempted to suppress that work and silence my voice.  When CPS officials removed me as the principal at Blaine, I was already planning to relinquish my post to assume the office of president of the Chicago Principals and Administrators Association (CPAA).  However, after being chosen by my colleagues to serve as CPAA president I decided to fight the removal on principle, and to use the administrative hearing process to demonstrate the charges against me are baseless.  Now, in light of the factors listed below, I will conclude that process by tendering my resignation:

With the above factors in mind, I hereby resign my position as principal of Blaine Elementary School.  However, my efforts to reverse your poor fiscal and educational management of our school system are just getting started.

In just six weeks since since I became its president, the CPAA has saved the Illinois Administrator Academies for principals after your appointees at CPS attempted to sabotage the program; made significant amendments to the Education Platform of the Democratic Party; worked with principals to form action teams that will influence city and state education policy; built relationships with elected officials in order to create access to the legislative process; created the foundation and framework necessary to build a democratic representative structure for both CPAA governance and input in CPS decision-making; joined with the engineers and teachers to oppose your wasteful expansion of absentee facilities management under Aramark and SodexoMAGIC, and started a news service that keeps school leaders informed by providing them with a thematic summary of the week’s education and political news.  We intend to build on this work for Chicago and its school children.

In closing, should you ever decide to prioritize student learning over the profits of your campaign donors, feel free to reach out to me and the principals I was elected to represent. We have an abundance of ideas for improving the system for the students we serve.  In the meantime, we will continue in our efforts to vigorously advocate for the kind of effective evidence-based education policies and practices that your office does its best to ignore and suppress.