It's Sen. Warren Vs. the Wells Fargo 'Weasels' 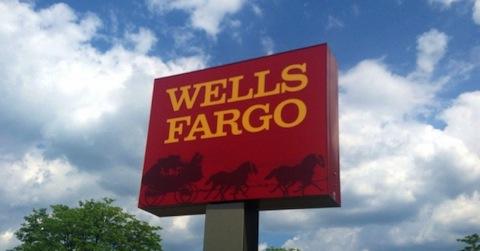 A group of Democratic U.S. senators wants to know whether Wells Fargo will rescind bonuses to executives linked to activities that earned the bank a $185 million fine.,Mike Mozart/flickr/cc

A group of five Democratic U.S. senators has demanded to know whether Wells Fargo—recently slapped by regulators with a $185 million fine for creating millions of unauthorized bank and credit card accounts, racking up fees for consumers and bonuses for employees—intends on rescinding compensation to executives behind the "staggering fraud."

In their letter (pdf) sent Thursday to Wells Fargo chairman and CEO John G. Stumpf, Elizabeth Warren (Mass.), Sherrod Brown (Ohio), Jack Reed (R.I.), Robert Menendez (N.J.), and Jeff Merkley (Ore.), all members of the Republican-led Senate Banking Committee, ask whether the bank will invoke its clawback provision, "designed to prevent exactly what happened with Ms. Toldstedt: shareholders and consumers bearing the burden of bank misconduct while senior executives walk away with multi-million dollar awards based on what the company later finds out are fraudulent practices."

The senators write that Tolstedt

was also rewarded with more than $20 million in annual bonuses between 2010 and 2015, which Wells Fargo publicly justified in certain instances by noting the "strong cross-sell ratios" her division had achieved. That is a direct reference to the extraordinary number of accounts created by her division, many of which were never authorized by customers.

Ms. Tolstedt announced her retirement from the bank on July 12th of this year. Ms. Tolstedt retired at age 56, just two months before Wells Fargo entered into the settlement with the CFPB [Consumer Financial Protection Bureau] and other entities. Her retirement triggered an even more lucrative reward: as much as $125 million in stock options and restricted stock shares.

Following her retirement announcement, Stumpf praised Tolstedt as "a standard-bearer of our culture" and "a champion for our customers." CFPB head Richard Cordray, meanwhile, denounced the unit she led, saying it committed "unfair and abusive practices under federal law."

The senators demand an answer about the clawback by Sept. 19, the day before Stumpf is scheduled to testify before the committee.

As the Huffington Post's Zach Carter writes Friday of the letter to Stumpf: "When Warren asks him to re-evaluate prior executive payouts, she’s asking him to consider ponying up part of his own fortune."

The senators "weren't shy about its implications for his own bank account," Carter writes.

Speaking last week about Wells Fargo to CNN, Sen. Warren said its behavior was "flatly wrong," and said either the bank knew what was going on or it didn't.

"It's a bank, right? They're supposed to keep track of people's money, safety, security, and not know what more than 5,000 of your employees are doing? If they really didn't know, then that tells me that this is a bank that is simply too big to manage."

The senators' letter comes as the House this week passed legislation described as "a gift to the Big Banks, that would extend their 'license to steal' and tear down hard-fought banking regulations, some of which have not yet been implemented."

In his column Thursday entitled "Thanks, Wells Fargo, for Being Such a Bunch of Weasels," the Los Angeles Times' David Lazarus wrote that the bank "has made a powerful case for why regulatory oversight is crucial and why the banking industry remains unworthy of the public's trust."