Police foundations across the country are partnering with corporations to raise money to supplement police budgets by funding programs and purchasing tech and weaponry for law enforcement with little public oversight. 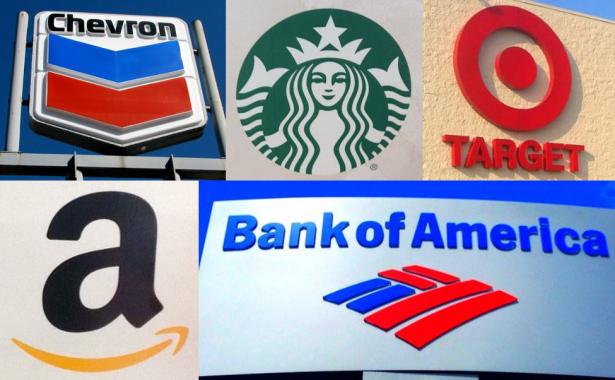 As calls to defund the police gain traction, bloated police budgets are coming under scrutiny for siphoning public resources away from black and brown communities. While police budgets are typically public documents that must be approved by elected officials, there are other institutions in place with the sole purpose of funneling even more resources toward law enforcement.

Police foundations across the country are partnering with corporations to raise money to supplement police budgets by funding programs and purchasing tech and weaponry for law enforcement with little public oversight. Annual fundraising events and parties like the St. Paul Police Foundation’s “Blue Nite Gala” and the Chicago Police Foundation’s “True Blue” event are huge moneymakers. The NYC Police Foundation reported that it raised $5.5 million from its annual benefit in 2019.

If police departments already have massive budgets – averaging 20% to 45% of a municipal budget – why do these organizations exist? Police foundations offer a few unique benefits to law enforcement.

In Los Angeles, the police used foundation funding to purchase controversial surveillance software from Palantir. If the LAPD purchased this technology through its public budget, it would have been required to hold public meetings and gain approval from the city council. By having the foundation purchase it for them, the LAPD was able to bypass that oversight.

Second, these foundations provide a public-private structure wherein the corporate elite can overtly support police departments through direct donations, sponsorships, special programs, and by serving as directors on foundations’ boards. The ongoing protests have emphasized that police exist to enforce a racist social order that protects corporations, capital, and buildings rather than black and brown lives. Police foundations are a key space for orchestrating, normalizing, and celebrating the collaboration between corporate power and the police.

The corporate interests backing police foundations across the country cover a wide range of industries. We profile some of these industries and corporate actors below.

Some of the biggest backers of police foundations are financial institutions, including public-facing banks that millions of people do business with, as well as some of the most infamous Wall Street vulture firms. Some of these include:

Retail and food and beverage companies are ubiquitous on police foundation boards across the country and include well known national chains as well as popular regional brands. Several of these companies have especially close relationships with the police foundations in the cities where they are headquartered.

Regional chains can also be found on police foundation boards. Meijer Supermarkets, a supermarket chain owned by the two richest people in Michigan, has a representative on the board of the Detroit Police Foundation and is a sponsor of the foundation’s events “Women in Blue” and “Above & Beyond.” Dave’s Supermarket is a Cleveland-area grocery chain that partners with the Cleveland Police Foundation on events.

Silicon Valley powerhouses and major communications firms populate the boards of police foundations and are some of these foundation’s top bankrollers. Some examples include:

Many of the same companies that are driving our climate crisis are also donors, partners, and board members for police foundations. These include:

Finally, a major category of corporate backers of police foundations is local and regional actors. These include law firms, real estate firms, universities, sports teams, and companies that are headquartered in the same city or state as a police foundation – sometimes well-known corporations, and other times less-known and smaller businesses.

By browsing police foundation websites and social media accounts, movements against police violence and efforts to defund the police in specific cities can get a better, broader picture of the power behind the police in their area. Researching and power mapping the corporate partners, sponsors, donors, and board members of their local police foundations can help campaigns understand who is standing behind the police and who might step in to supplement police budgets when efforts to defund take hold.

We’re partnering with Action Center for Race and the Economy (ACRE) to host a series of webinars on how to research police budgets, police foundations, and other aspects of police power with an eye toward challenging that power. Follow @acrecampaigns and @twittlesis on Twitter for updates!

LittleSis* is a free database of who-knows-who at the heights of business and government. * opposite of Big Brother. We're a grassroots watchdog network connecting the dots between the world's most powerful people and organizations.