Texas Defied a Court's Voting Rights Order, and the Court's Not Happy

On Tuesday, Judge Nelva Gonzales Ramos, the judge overseeing this case, weighed in on Texas' defiance of the court order. And, if the order she issued on Tuesday is any indication, she's pissed. 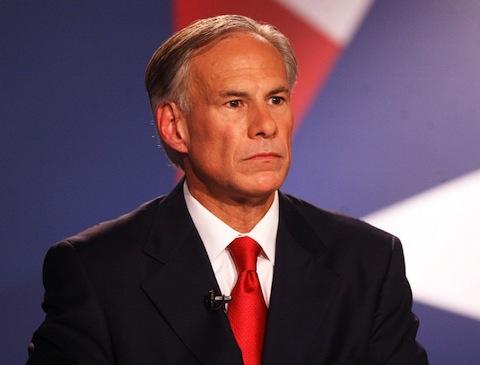 Texas violated a court order intended to preserve voting rights. And it got caught.

Earlier this month, the Justice Department informed a federal court that Texas is violating a recent court order that sought to keep the state from disenfranchising voters. After an appeals court struck down the state’s voter ID law, a common form of voter suppression favored by conservative lawmakers, the state agreed to be bound by an order that would permit voters to cast a ballot in the 2016 election if they “cannot reasonably obtain” photo ID.

Despite this order, Texas published press releases, voter education materials, and training manuals for poll workers that effectively stated that a voter without ID cannot vote unless it is literally impossible for that voter to obtain a photo ID. Thus, for example, a voter who had to make multiple day long trips to a government office and make burdensome document requests to obtain an ID would not be able to vote, under Texas’ standard, unless that voter was willing to jump through all of these considerable hoops.

On Tuesday, Judge Nelva Gonzales Ramos, the judge overseeing this case, weighed in on Texas’ defiance of the court order. And, if the order she issued on Tuesday is any indication, she’s pissed.

For one thing, as the Huffington Post’s Cristian Farias notes on Twitter, Judge Ramos’ Tuesday order is stronger than a proposed order drafted by some of the plaintiffs in this case. The proposed order would have largely clarified that the court’s original order meant what it said. Judge Ramos’ Tuesday, order, by contrast, requires Texas to take several specific actions. It also subjects Texas to a kind of federal supervision similar to the oversight it faced before conservatives on the Supreme Court gutted a key provision of the Voting Rights Act.

Among other things, the Tuesday order requires Texas to “re-issue its press releases concerning voting to properly reflect the language in the Court’s Order,” to “edit the poster to be printed and placed at polling locations to accurately reflect the language in the Court’s Order,” and to “edit digital materials on its website page(s) that address voting rights and procedures, including titles or headlines and FAQs” to bring them into compliance with the original court order.

Significantly, the Tuesday order also provides that “the State of Texas shall provide to counsel for all Plaintiffs scripts and copy for documents and advertisements that have not yet been published for review and objection prior to publication.” As a practical matter, this gives the Justice Department (as well as the private plaintiffs in this case) the power to read over and object to new elections related materials before those materials are published.

While it does not appear that this right-to-review as quite as potent as the intact Voting Rights Act, which would have prevented any new voting rule in Texas from taking effect until it is approved by the Justice Department or a federal court in DC, it is still an unusually powerful remedy. Texas now risks contempt of court if it tries to publish new materials without first submitting those materials to review by its opponents in this litigation.