In a North Carolina lawsuit challenging the Republican gerrymandering of congressional district map, lawyers discovered links to the Trump Administration effort to include a citizenship question on the 2020 census.

June 6, 2019 Mark Joseph Stern Slate
Printer friendly
The New Trove of Secret Gerrymandering Files Will Be a Nightmare for the GOP Published June 6, 2019 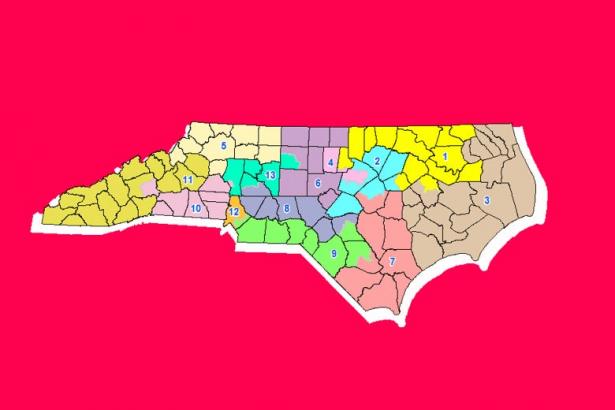 In February, attorneys challenging North Carolina’s legislative gerrymander notified the defendants, a group of Republican leaders in the legislature, that they’d issued a subpoena. The lawyers had asked Stephanie Hofeller Lizon to provide “any storage device” containing redistricting-related documents left by her estranged father, Thomas Hofeller, a Republican consultant who specialized in gerrymandering. Republican legislators did not object, and Lizon turned over the requested materials: 18 thumb drives and four hard drives containing more than 75,000 files—many related to her father’s consulting work. The voting rights attorneys had uncovered a vast trove of information exposing the inner workings of GOP gerrymandering across the country.

Upon learning what their opponents had obtained, attorneys for Republican lawmakers went to court to try to seize the files. But it was too late. Voting rights advocates had lawfully acquired the materials, even after having given Republicans a chance to object. And on Thursday, they dropped the first bombshell from Hofeller’s hard drives: A key portion of a 2015 memo written by Hofeller appeared in a draft Justice Department letter used to justify the Trump administration’s efforts to add a citizenship question to the census. Hofeller’s memo, which explains why the citizenship question would boost the voting power of “Republicans and non-Hispanic Whites,” indicates that administration officials lied about the reason for adding the question.

There are sure to be more revelations from the Hofeller files to come, driving home the downside of using a single consultant to mastermind redistricting across multiple states and decades.

Share this article on
There are sure to be more revelations from the Hofeller files to come.

For years, Hofeller held an office at the Republican National Committee on Capitol Hill. He worked as both its official redistricting director and, later, as a paid consultant. He traveled the country to teach Republican lawmakers how to gerrymander their districts to create permanent GOP legislative majorities. (Ironically, he incorporated warningsabout keeping all of this work under wraps, like “Make sure your security is real,” “Make sure your computer is in a PRIVATE location,” and “The ‘e’ in email stands for ‘eternal.’ ”) Hofeller also personally helped to draw some of the country’s most egregiously gerrymandered maps, including those in Alabama, Pennsylvania, Texas, and Virginia. (He likely had a hand in more maps than we currently know.) But Hofeller devoted the most time to North Carolina, where he created lopsided Republican majorities in a state evenly divided between the parties.

Following the 2010 red wave, Hofeller worked with the RNC to develop Project REDMAP, a sweeping initiative to help GOP-controlled state houses build durable gerrymanders. He taught lawmakers how to use racial and partisan data to dilute Democratic votes. His maps preserved Republicans’ House majority over the next three elections and maintained GOP domination over most state legislatures.

Now Hofeller’s records are in the hands of attorneys for Common Cause, the voting rights group suing to invalidate North Carolina’s Hofeller-designed legislative gerrymander. The firm representing Common Cause, Arnold & Porter, also represents plaintiffs fighting the citizenship question—which is how Hofeller’s white voting power memo wound up before the judgeoverseeing the census case. (On Thursday, the American Civil Liberties Union also brought it to the Supreme Court’s attention.)

The voting rights advocates in possession of the Hofeller collection have not yet revealed the full extent of the files. This may be because they have been exceedingly careful to play by the rules: Lizon offered her father’s drives to Common Cause directly, but its attorneys decided to issue a subpoena in February to obtain them formally and provide notice to third parties.

Phil Strach, attorney for the Republican legislators in the North Carolina case, did not object to that subpoena at the time that notice was provided. At a hearing in April weeks after declining to challenge the subpoena, however, Strach attempted to block Common Cause’s attorneys from viewing the records they already had in their lawful possession. As Melissa Boughton reported at the time, Strach told Wake County Superior Court that he wanted the documents returned to Hofeller’s estate and implied that Lizon procured them improperly. Hofeller’s widow, Kathleen, expressly permitted Lizon to take the materials—but Strach claimed that Kathleen has been institutionalized and may not have been sufficiently competent to provide consent. (Stanton Jones, an Arnold & Porter attorney representing Common Cause, told the court that Kathleen has not been declared incompetent.) The court ignored Strach’s pleas, instead simply directing Common Cause’s attorneys to let the Republican defendants copy the Hofeller drives, pursuant to state law.

Strach is not done fighting, though. At the April hearing, he said he believed the drives contain “Hofeller’s privileged work from many, many states over years and years.” He suggested that the files probably include “attorney client workload products” that may be privileged. It seems Republicans will attempt to limit voting rights advocates’ ability to use the Hofeller materials by raising a slew of objections.

But Hofeller was not an attorney, and the vast majority of his files are unlikely to be privileged. While Arnold & Porter and Common Cause have been, as noted, exceedingly careful not to overstep any legal bounds, they almost certainly have every right to examine Hofeller’s materials and use them in litigation. And if Strach is correct that drives encompass work “from many, many states over years and years,” progressives will have hit a gold mine. Racial gerrymandering is generally illegal, and Hofeller’s work might include smoking guns proving that maps relied on impermissible racial data. Moreover, while the U.S. Supreme Court has not yet outlawed partisan gerrymandering, state Supreme Courts, including North Carolina’s, are moving in that direction. Hofeller’s files may contain more proof that legislators drew districts along partisan lines.

In July, attorneys for Common Cause and North Carolina Republicans will face off at a trial over Hofeller’s partisan gerrymander of the state’s legislative districts. Voting rights attorneys will now likely be armed with data from Hofeller’s own hard drives, ready to pierce the secrecy of GOP redistricting. It will not be the last time the consultant’s materials are used to tear down the gerrymanders he spent his life perfecting.

[Mark Joseph Stern covers courts and the law for Slate.]