The Blind Spots of Liberalism

What an impoverished small town tells us about the dangers of not taking class seriously. 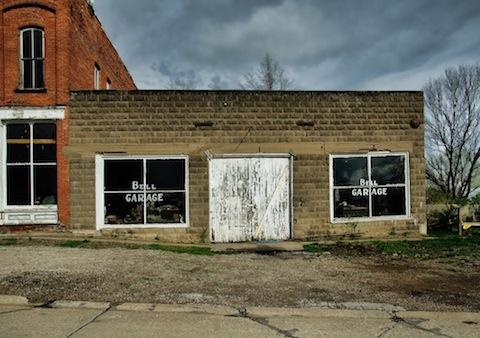 I grew up in what could be called the California Appalachians. My town’s population was around a thousand, with a median household income of $37,000. The local public school consisted of a series of air-conditioned, double-wide trailers that served as classrooms for combined grades (first and second in one, third and fourth in another, and so on). The only permanent building was the administrative office.

The town had multiple saloons and churches, and a movie theater that doubled as the performance space for Christmas plays. There was one doctor, with an office and an x-ray machine. Main Street was two blocks long, with false fronts on every building, a train platform with one Amtrak departure per day, a community pool, and an active Lions Club that put on parades.

What had once been the main industries, mining and lumbering, had dissipated by the time my family arrived, and most of the populace seemed to be employed in some type of government or service sector job, owned a small business, or lived a subsistence life off of arts and crafts sold to holiday seekers heading further up the mountain to ski. A few gold prospectors still worked the river, but they didn’t appear to have much luck.

In this community, a shaved head was not a fashion statement, but a telltale sign of a louse infestation: only more affluent families could afford both the medicated shampoo and the spare time to comb all the nits out. While a girl with pretty locks might have been worth the effort, no one thought to waste such resources on a boy from a poorer home.

The official statistics claimed the town was over 90 percent white, but even that seemed low: other than a couple kids in the upper grades and a couple you might see down by the river or at the pool, knowing any child who was not identifiably white (or Christian, or even a native English speaker) was rare.

Even so, it would be hard to argue that life was set up in favor of all the children living there. Alcoholism was rampant, and so was food insecurity. Kids — well aware that playing by the rules was unlikely to get them fed any quicker — were already stealing food by the first grade.

Poorer children might eat at the homes of their better-off friends, but no one seemed to think much about the parents’ hunger. Perhaps they were blamed for their predicament — for not having finished high school, for not being able to find work, or for blowing the family’s cash at the saloon.

Mine was the kind of town that a classless identity politics forgets. The kind of town where being male or white or Christian wasn’t synonymous with having decent housing, proper medical care, or a steady job.

Politicians are remarkably adept at pitting the economically disenfranchised against the racially or sexually marginalized.

At times, liberal forms of identity politics can fall into this trap. The reactionary that blames the plight of workers on the breakdown of traditional marriage and porous borders has more in common with the liberal pundit who blames racism and homophobia on the ignorance of white workers than either would like to admit.

But it was not white working-class people who drafted the Violent Crime Control and Law Enforcement Act that Bill Clinton signed into law in 1994. It was not struggling rural workers who sold this bill to the public by labeling young black men “super predators.”

The people in my small town did not own the private prisons that paid inmates $0.23 to 1.15 an hour, nor did they own the companies (like Whole Foods) that exploited prison labor. They were, however, hurt by the downward pressure that such labor schemes placed on workers’ wages.

In one rarified area, the wage gap has apparently vanished: chief executive officers of America’s richest companies. But this means very little to, say, women in traditionally feminized occupations like nursing and home health care work. A $15 minimum wage would be a more significant win for feminism than gender parity for CEOs.

Similarly, in my childhood town, glass ceilings and the shattering of them didn’t improve the lives of those just trying to pick themselves up off the floor.”The Yahoo CEO’s gender, or the US president’s race, had very little impact on the average citizen’s life. It wasn’t of much consequence to them if a prominent CNN anchor was gay, or if a black woman was a media mogul, or if a past Olympian had gender reassignment surgery.

However, it did matter if their standard of living was simultaneously decreasing and the precarity of their job was endangering their children’s future.

Classless identity politics is a failure because it ends up elevating elites instead of recognizing the commonality all working-class and poor people share. We all experience oppression due to class, even if that oppression can be compounded by race, gender, or sexuality.

Since I lived there, the population of my childhood town has nearly doubled, fueled in part by telecommuting and cash migrating from Silicon Valley. Median income has risen to $47,000, but the median home price fell 43 percent between 2003 and 2013. The school has moved to more appropriate permanent buildings.

This November, the town (and 362 other Placer County, California precincts not unlike it) voted for Donald Trump over Hillary Clinton, 51.1 percent to 39.5 percent.

But it’s hard to blame sexism or racism for Clinton’s loss.

On Election Day, the people of Placer County also voted for Kamala Harris, a black woman, to be their US senator. Her vote share? 63 percent. And her vote tally? 16,178 more than Clinton’s.

Adam Fisher is a certified veterinarian who specializes in food animal welfare.

Celebrate the new issue of Jacobin, “The Party We Need,” with a discounted subscription.