labor Japan Builds a Fight for $15 Movement of its Own

Japanese activists have launched their own Fight for $15 movement, calling for a national minimum wage of 1500 yen per hour. The activists were inspired by the US movement, but also many of them were moved to get involved in social justice work after the Fukushima nuclear disaster in 2011. The movement wants to raise wages but also build a broader movement to counter the growing right-wing and anti-immigrant forces in Japan. 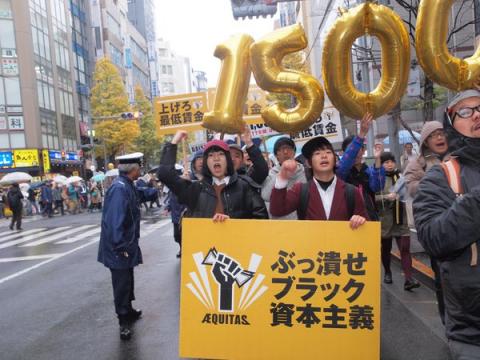