The Scandal of Vast Inequality in Retirement Pay

And there’s also CEO David Cote of Honeywell―a company that has locked out its workers from its factories in Green Island, NY and South Bend Indiana for seven months for rejecting a contract that eliminated workers’ pensions―who receives a monthly retirement check from the company for $908,712. 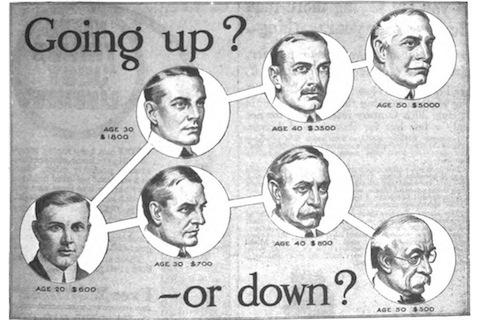 Indeed, the top 100 CEO nest eggs, if averaged, would generate a $253,088 monthly retirement check to these 100 individuals for the rest of their lives. By contrast, workers who had 401(k) pension plans at the end of 2013 had only enough in these plans to pay them an average monthly benefit of $101. Of course, these were the lucky ones. Among workers 56 to 61 years old, 39 percent had no employer-sponsored retirement plan at all, and would likely depend on Social Security, which pays an average of $1,239 per month, for retirement security.

Of course, these are only averages. When one looks at individuals, the contrasts are even starker. Glenn Renwick, the Progressive Insurance Company’s CEO who retired in 2016, receives a monthly retirement check from his company for $1,035,733. Among Walmart’s 1.5 million employees, fewer than two-thirds have a company-sponsored retirement plan and, if they do, it will pay them only $131 per month. But Walmart’s CEO, Doug McMillon can expect to receive at least $360,000 per month―more than 2,700 times the amount a typical Walmart worker with a 401(k) account can expect. And there’s also CEO David Cote of Honeywell―a company that has locked out its workers from its factories in Green Island, NY and South Bend Indiana for seven months for rejecting a contract that eliminated workers’ pensions―who receives a monthly retirement check from the company for $908,712.

Or take the case of John Hammergreen, CEO of the McKesson corporation, a drug wholesaling giant. A few months after Hammergreen arrived at McKesson in 1996, the company froze its employee pension fund, closing it to workers who came there in 1997. Even so, the company launched a lavish Executive Benefit Retirement Account that enriched Hammergreen’s pension with an average of $22,000 a day for the next 20 years. Thus, today he receives a monthly retirement check from the company for $782,339.

As demonstrated by the authors of the IPS report, the growth of economic inequality in retirement provisions resulted from rigging things in favor of CEOS through new rules for pensions, taxes, and executive compensation. “Since more than half of compensation is now tied to the company’s stock price,” the authors note, “CEOs have a powerful personal incentive for slashing worker retirement benefits in order to boost the short-term bottom line. Every dollar not spent on employee retiree security is money in the CEO’s pocket.”

Although changes in public policy could close the widening pension gap, such changes do not seem likely to occur while a zealously pro-corporate party controls the White House, Congress, and the courts. Indeed, as the authors point out, thanks to the shielding of enormous CEO income in tax-deferred accounts, Fortune 500 CEOs will see very substantial gains in their retirement checks if President Trump succeeds in implementing his plan to slash the top marginal income tax rate.

It’s possible that, in the long run, the rising tide of retirement insecurity will spark a revolt challenging the severe economic inequality between corporate CEOs and their American workers. Until then, however, it’s tempting to propose updating Jonathan Swift’s eighteenth century satirical suggestion, made in A Modest Proposal, that poverty among the poor might be alleviated by selling their babies as food for the rich. Perhaps, in twenty-first century America, retirement insecurity might be alleviated by selling elderly workers to the corporate rich, who could use them for the burgers sold by their fast food companies.

Dr. Lawrence Wittner (http://www.lawrenceswittner.com) is Professor of History emeritus at SUNY/Albany. His latest book is a satirical novel about university corporatization and rebellion, What's Going On at UAardvark?