There were the most minimum wage victories in 2016 of any year since Fight for $15 began. Campaigns are underway in more than a dozen additional jurisdictions to continue movement’s winning streak in 2017 and 2018. 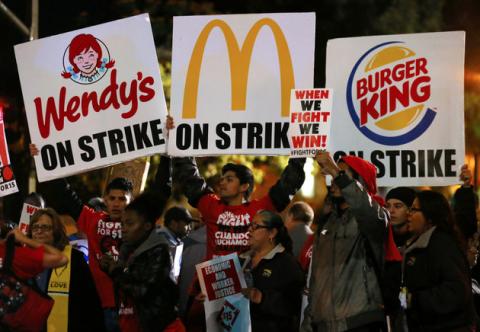 Fight for $15, here leading a demonstration in San Diego on Nov. 29, has helped propel many of the minimum wage measures., MIKE BLAKE / REUTERS

Washington, DC – The Fight for $15 continued to accelerate in 2016 – just four years after it began – winning major minimum wage victories from coast to coast. The movement, led by fast-food and other low-wage workers, grew in scale and influence in 2016, with 25 states, cities and counties raising pay for 11.8 million workers. New campaigns seeking to raise pay for 8 million more workers in at least 13 states and cities are teed up for 2017 and 2018.

When combined with increases approved in recent years, on New Year’s Day 2017, workers in at least 41 states, cities and counties will receive raises – followed later in 2017 by raises for workers in another 21 states and cities. Below are highlights of 2016’s minimum wage wins and new campaigns moving forward in 2017 and 2018:

In 2016, a total of 25 states and localities approved minimum wage increases (see Table 1).

On or about New Year’s Day, 41 states and localities will increase their minimum wages (Table 3).

Later in 2017, 21 additional states and cities will increase their minimum wages (Table 4). These include:

At least 13 more states, cities and counties are launching or continuing campaigns for minimum wage increases of up to $15 over the next two years (Table 5). These include: 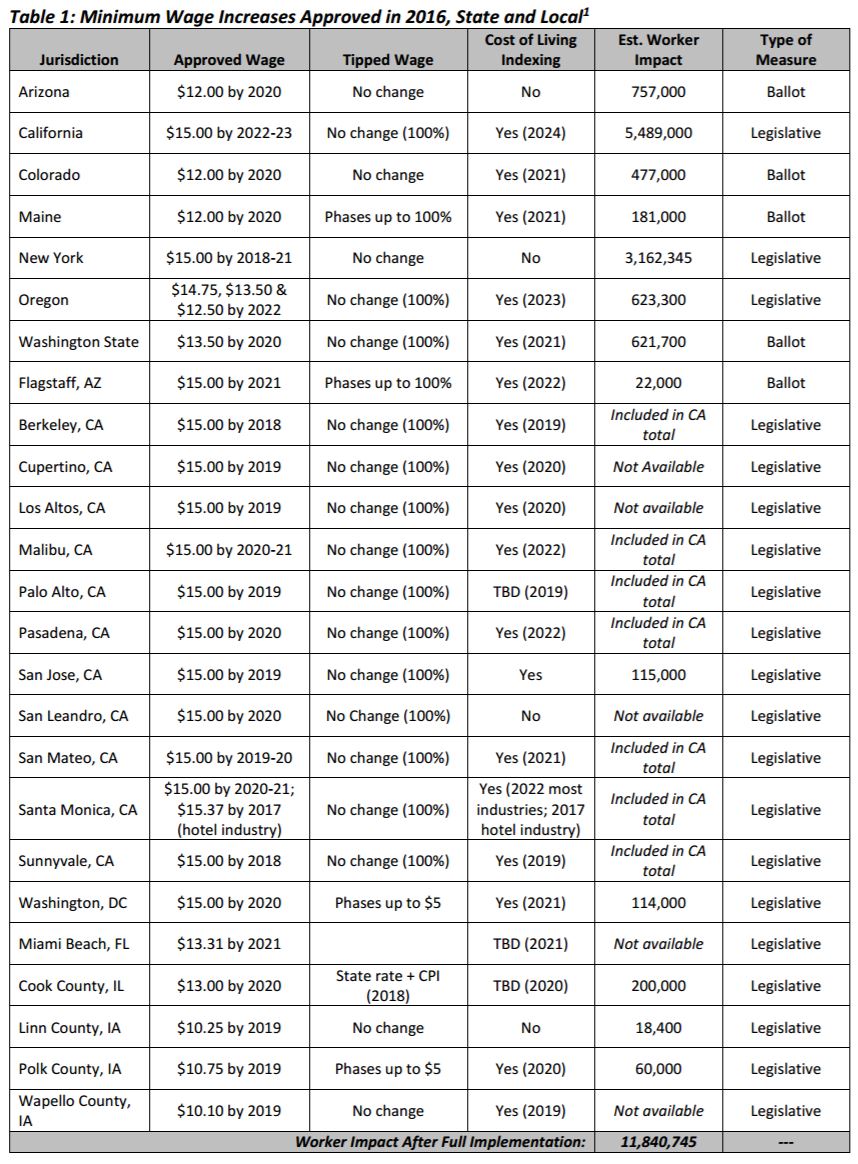 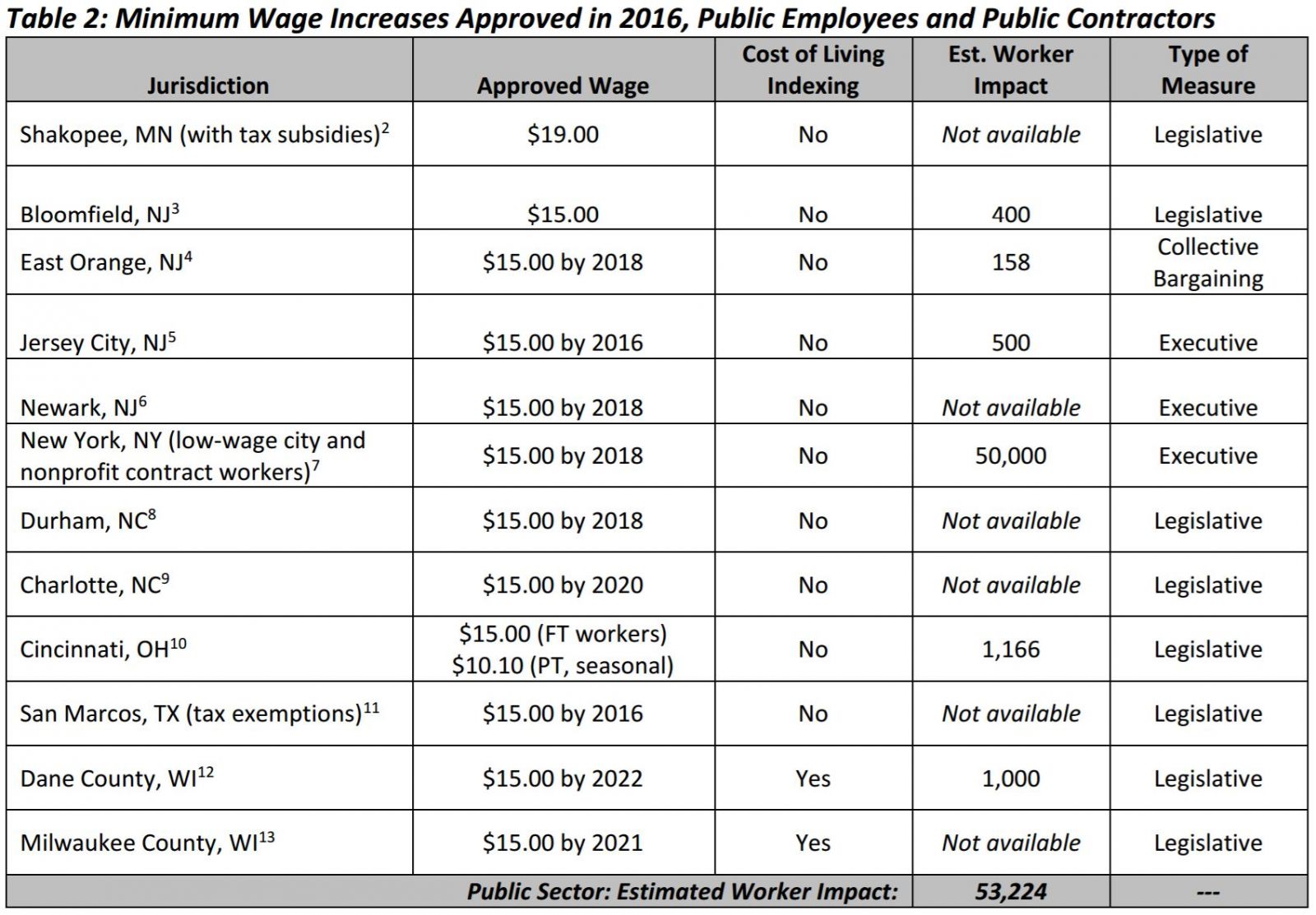 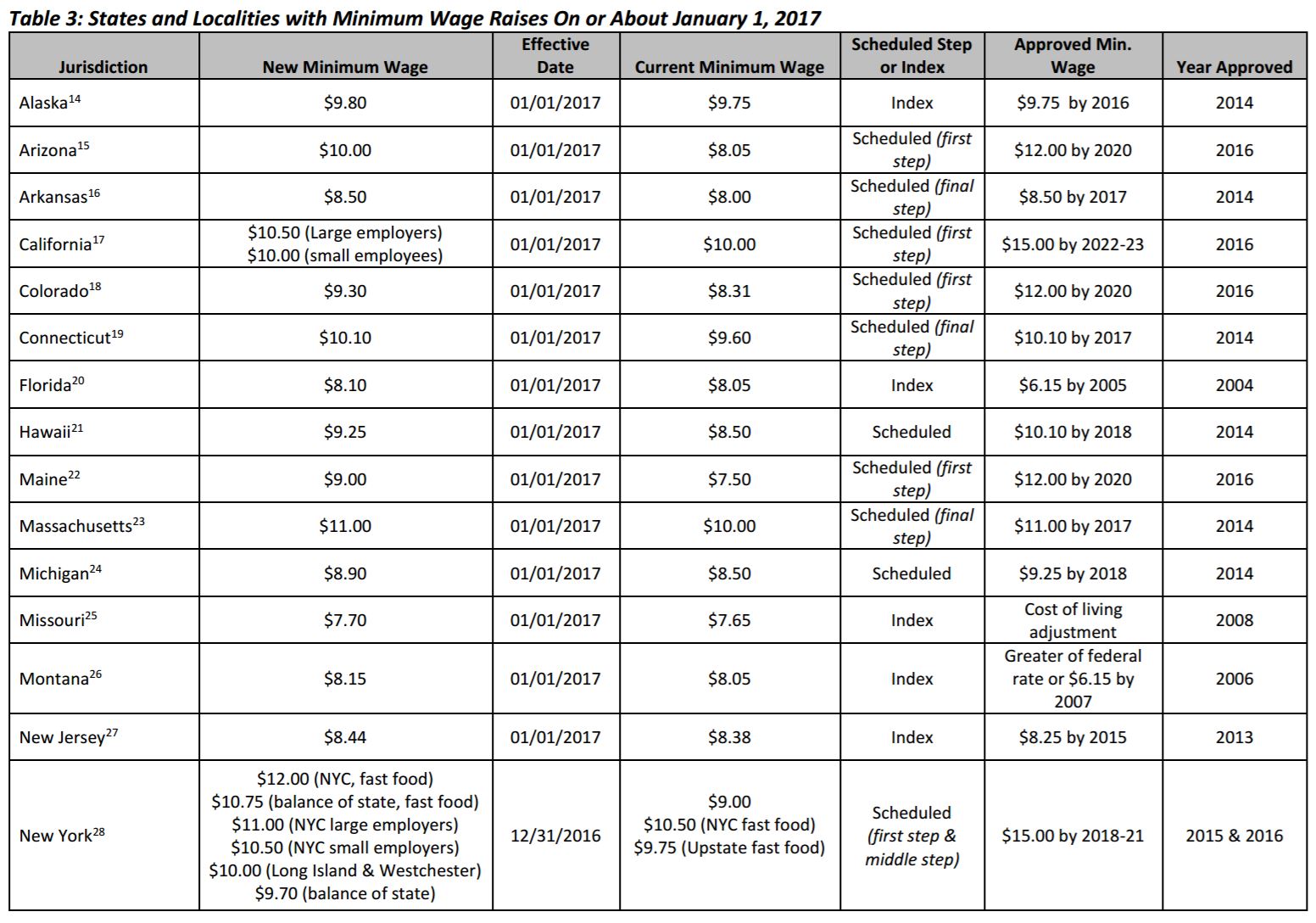