books The CIA Story, from Phoenix to Now

For those of us who need a reminder of the notorious record of the CIA over the last sixty-plus years, here is a useful up-to-date history. Reviewer Paul Buhle shows some of this new book's high points. 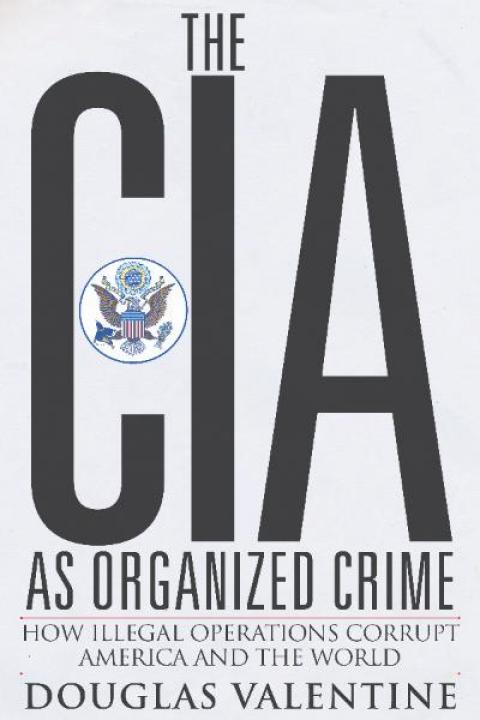 This is a troubled and troubling volume, at times polemically aimed against some of the revelatory voices that we have trusted for good reason over the years, at other times repetitive and rambling. But what the author has to say is important, and his analysis opens us to a clearer understanding of the Big Picture.  Interlocked with the State Department and the military, not to mention all the other intelligence agencies with vast funds at their command, the CIA has increasingly applied social science to the plan for “controlling the natives” of every contested land. Operation Phoenix, which we understand to be a mass murder project of the 1960s in South Vietnam, failed at pacification but not at setting out a blueprint still central to operations. Specialists of all kinds, most emphatically working in universities as well as think tanks, are naturally central.

The reviewer comes to this volume from a particular standpoint. Teaching in an Ivy League university with a liberal reputation, I quickly learned that the dominating figure there during most of the 1950s and 1960s was a high CIA operative who secretly kept his status while ruling as President. Which is to say: he kept up his work during the era when mega-murder in Guatemala, not to mention control of European labor movements, not to mention corruption of artists and intellectuals, not to mention all the other dirty tricks of the day exposed, more and more, following 1967 revelations. This luminary’s feelings were reported badly hurt by student antiwar protests, presumably because, after all, Americans were not the ones slaughtered or even bribed so ruthlessly. Why did the young seem to think his behavior was wrong?

It’s a good question, and in a way, Douglas Valentine has a good answer. Thanks to extensive interviews, he has an almost intimate feel for the operating mentality of the agency, why they operate the way they do—not only their bloody-minded ruthlessness or their rationalizations, important and interesting as these are—and why they are unbothered by such distinctions as Republican or Democratic presidents.

The challenge of Vietnam came at a moment, he suggests, when the CIA was undergoing a generational shift, and drawing increasingly upon the vast investment made by the Defense Department in American universities since the early 1950s. If new poison chemical varieties for bombs were being developed in university labs, as a future radical mayor of Madison, Wisconsin, learned in the middle 1960s (he published the news in the daily student paper and the relevant reports volume promptly disappeared from library shelves), they would of course be used in the conflict at hand. Other social scientists in a variety of fields, political science and psychology to agrarian economics, did parallel work on contract or as a normal part of their career advancement.

The Phoenix Program experimented with systematic identification of “problem” people in South Vietnamese cities and villages. The identification of these people, conducted with and for the ruling dictatorial government, meant arrest, capture, torture or escape to the countryside. It is painfully humorous, if humorous is the word, to recall that liberal journals in the US, including the then-prestigious Reporter and New Leader (both magazines later discovered to be receiving heavy CIA donations), praised “advances” toward democracy in contemporary South Vietnam, holding fast against the Communist threat from the north. But there is also a significance here: the project was not a conservative, let alone a rightwing initiative. The contemporary CIA attracted liberals as the FBI attracted conservatives, respectively more WASPs in the first, as Irishmen filled the ranks of the second.

The War was lost, after the ocean of blood spilled in the effort to maintain all Southeast Asia for the American Empire, and after chemical doses still poisoning the whole region had been kindly bestowed upon future Asian generations, not to mention tens of thousands of future cancer-ridden Americans (including a cousin of mine: it killed him). But the plan survived intact.

And how. As Valentine carefully explains, the project for Afghanistan is notable, among other reasons, for the same perverse outreach effort. Mapping out the urban and village population, marking those to be arrested, tortured or simply assassinated, happens to be The Plan incarnate. All the rhetoric about having learned human rights lessons, about military retraining to avoid alienating the population—all this is eyewash. Nor has the substitution of vast numbers of contractors for the vast military logistical operation in Vietnam made any significant difference in human rights abuses, one way or another. Newer claims to the US occupying force protecting, for instance, women’s rights against the vicious fanatics, is at least ninety percent rationalization, since US allies are precious and generally do what they want, untroubled by rhetoric developed for American domestic consumption.

Here and there, Valentine lashes out at the likes of Seymour Hersh (who exposed and detailed the My Lai massacre, among other valuable work) and even Daniel Ellsberg of Pentagon Papers fame. They have been big shot reporters and former insiders in ways he is not. This lashing out is unnecessary, an unintended way of alienating readers and potentially casting doubt on his own revelations. Some of the chapters are interviews with Valentine himself, and here the repetition is occasionally painful as well as unnecessary. Still: this is clearly the book he wanted, authorial warts and all.  And it is well worth the reader’s effort.

We come back, close to the end, to the “War on Terror” as a monumental fraud, or as he calls it, the “greatest covert operation ever.” (p.395). Today’s most astute analyst of American foreign policy, distinguished Army veteran Andrew Bacevich, observed that the US has been at war, essentially, the entire twenty-first century-- without a single, lasting victory.  Bacevich likes to quip that the so-called Islamic State has neither air force nor navy, yet has mysteriously managed to hold onto power in a considerable region. These details should give pause, at least. Valentine adds juicy details about CIA-connected drug deals and drug dealers, going back at least to the Nicaraguan contras, and these seem to make sense: allies are purchased, and somebody gets a big payoff. That a larger strategy of financial corruption is at the heart of the mercenary armies that the US depends upon, region to region, seems no longer in doubt. Did the US “mean” to create an Iraq dominated politically by Shiites, presumably enemies to the closest allies in the region, the Saudis?  Valentine seems to think so, but this is too far a stretch for me. The degree of control has been too far stretched by uncontrollable events and populations. If CIA allies at home and abroad have benefitted hugely from its largesse and support, including major drug dealers, its capacity to control those drug dealers, to stay nothing of guerilla armies, can only be limited.

And yet: there is no doubt about intention in the proliferation of US military bases to the level of several hundred, and the added deployments across Africa and Asia. Nor in the use of drones as a presumably efficient method of assassinations, more cheerfully conducted by Democratic administrations, as least so far, than by Republicans. A Secretary of State like Clinton clearly sought to follow Harry Truman in the aim of controlling every inch of the planet, which emphatically included a take-down of the Russians, something achieved and then un-achieved by assorted miscalculations too typical of the CIA and the State Department. Will it be same-same under Trump? We might well wonder.

[Paul Buhle has written widely on the CIA and the American labor movement.]