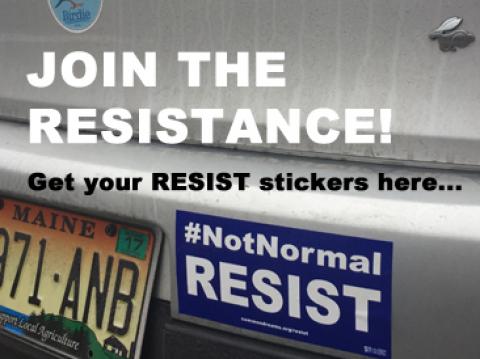 Scientists working in the federal government are not happy with the science-denying direction this administration is already taking in week one. WEEK ONE! Here’s the bone-chilling directive sent to employees of the Environmental Protection Agency:

Popular Science noted how dangerous this is for the public at-large, "Late Supreme Court Justice Louis D. Brandeis once wrote that “sunlight is said to be the best of disinfectants.” Science will suffer without transparency—and so will we."

Rogue scientists are plotting to fight back. An “alt” account popped up on Twitter with news of a scientists march on Washington after the National Park Service feeds were ordered to be shut down:

The person or people behind the account are feisty and ready for a fight:

Aside from the new rogue Twitter feed, they have begun planning a march on Washington. The latest information on the march is below, more information is available on their website. Although no official date appears to have been set, the Facebook group has collected 60,000 members virtually overnight.

What is the Scientists' March on Washington

Welcome! We want to thank you all for your incredible outpouring of support for this march. We are working to schedule a March for Science on DC and across the United States. We have not settled on a date yet but will do so as quickly as possible and announce it here. Although this will start with a march, we hope to use this as a starting point to take a stand for science in politics. Slashing funding and restricting scientists from communicating their findings (from tax-funded research!) with the public is absurd and cannot be allowed to stand as policy. This is a non-partisan issue that reaches far beyond people in the STEM fields and should concern anyone who values empirical research and science.

There are certain things that we accept as facts with no alternatives. The Earth is becoming warmer due to human action. The diversity of life arose by evolution. Politicians who devalue expertise risk making decisions that do not reflect reality and must be held accountable. An American government that ignores science to pursue ideological agendas endangers the world.

Please bear with us as pull together our mission statement and further details. Many more updates to come on Monday.