Portside readers have weighed in, as you often do, on the issue of Trump, Putin, Russia, the revival of a new-Cold War, and foreign interference in our electoral process. Here a number of readers, including some Portside moderators, express their individual views, on what they feel should be the position of the left, for democracy, and opposed to militarism, increases in the military budget, and re-vamped calls for a new-nuclear laden Cold War against Russia. 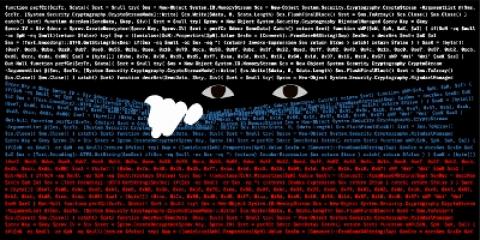 . ,image credit: The Intercept
[Portside posts that stimulated these response are:
"What exactly is the Russian threat?"   Throughout the course of the nineteenth century, Russia, then an autocracy, was regarded by all 'freedom-loving' -- that is, progressive and democratic -- (European) commentators -- including Marx and Engels -- as a bulwark or reactionary, anti-democratic politics.  That deserved reputation was, I believe, disrupted and, to some extent reversed, at least initially, by the revolutionary regime that came into power in 1917.
As no one on this list needs to be reminded, the Bolshevik revolution and the subsequent Soviet regime came crashing down more than twenty five years ago.  There are reasons to think that, especially under Putin, Russia is once again playing a less than progressive and pro-democratic role in foreign and especially European politics.  And an alliance of the current US and Russian administrations is not, therefore, I think, something to for the left to celebrate.
The article in question is at least disingenuous, I think, precisely because the author writes as though there was no fundamental change in Russian life initiated by the events of 1991.  And it seems to me that Portside should not be satisfied simply with the standard "We're worse than them" recitations, but should try to provide insightful analysis of the social dynamics and political goals of the Putin regime.  The article in question does not go beyond obscuring further the nature of that regime.
John P. Pittman
====
So what exactly is the Russian threat?  Is it that Trump has Russian connections? I'm sure he does. I'm sure there will turn out to be financial interests between him and the Russian oligarchs. I agree there needs to be an investigation. I don't think the article argues against the need for opening up of Trump's financial and other ties to Russia. I'll bet, however, that the Trump people were also talking to other countries and trying to make deals. His goal is to grab more and more wealth and power. Trump is going to rob us all blind. The problem is deeper than "Russia."
I have also thought that he admires Putin as a nationalistic strong man and is part of the right wing anti-democratic surge going on in many countries. I think this is the danger he and Trump pose, not so much the hacking and the intelligence gathering. I think our `enemy' is this anti-democratic nationalistic movement not only Putin or Russia.  This is what needs to be named. The build up of NATO troops in Eastern Europe is a provocation that brings us closer to some military confrontation.
Besides the hypocrisy that we don't intervene in other countries' elections for our own purposes and we are so shocked.
Judy Atkins
====
If Russia interfered with our election to help Donald Trump they are our enemy, no matter how you explain their behavior in the past.
Charles Fuller
====
Right on Mr. Kovalic....this is a old buggy bear of the right and the liberals (and many Social Democrats I might add) which we all hoped would go away after the west destroyed the Soviet Union. We hoped, despite the loss of socialist USSR, that the Cold War would finally be over and our children would be safe from the possibility of nuclear war. No way. As Kovalic rightly point out, the power of the military/industrial complex (almost a cliche, now, but so true) The battle to transfer tax money from the military budget to the social budget goes back so many years I can't remember. While he points out rightly that Trump's expressed policy toward the Russians is the one right thing he's proposed, lets not fool ourselves, since he's calling for a greatly expanded military budget. Until the Democrats get off their anti-Russia merry-go-round I'm afraid the world will remain on the brink of nuclear destruction, 'cause if I was Putin I'd be one wary Russian.
Lincoln Smith
====
The Russian people are not our enemies but their leadership sure as hell is. Same for us, the American people are not your enemy, but we share one thing, our leadership is not our friend or yours! Beware!
Kim Gugliotta
Posted on Portside's Facebook page
==== 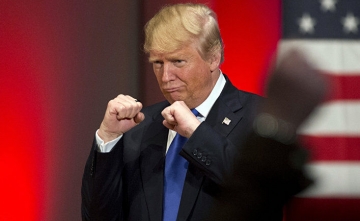