Trump’s proposed budget would eliminate funding for public broadcasting, which has a proven record of helping kids in poor families. 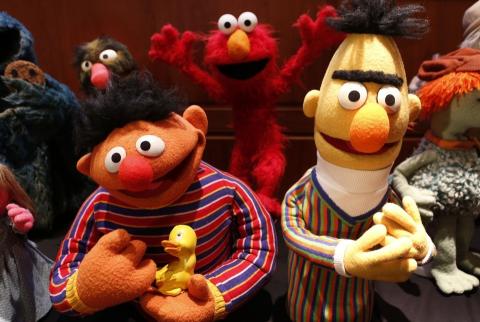 , Larry Downing
When the Office of Management and Budget director Mick Mulvaney suggested that parents in struggling rural and urban areas might not consider funding public television through the Corporation for Public Broadcast a good use of taxpayer dollars during an appearance on Morning Joe on Thursday, he may have thought his statements reflected their feelings and were backed by up evidence. He was wrong on both accounts.
Mulvaney was likely parroting the long-held conservative belief that PBS – with cultural programming like Masterpiece Theater and Antiques Roadshow – is too highbrow, and geared solely towards “coastal elites.” Yet he may have seemed woefully out of touch with the needs and desires of economically struggling families to Vicenta Medina, an immigrant mother from Mexico. While she and her husband Gilbert struggled to raise their family on the South Side of Chicago forty years ago, she says Sesame Street helped teach English to their young son David. They watched him go on to collect degrees from both Harvard and the University of Chicago, and then work in the Obama White House—where I first heard his story from a mutual friend.
The Medina’s story of a hard-pressed family benefiting from public television is hardly anecdotal. Strong research shows that PBS programs such as Sesame Street have proven academic benefits for young audiences — especially those from more underprivileged households. According to a 2015 National Bureau of Economic Research study by University of Maryland’s Melissa Kearney and Wellesley College’s Phillip Levine, exposure to Sesame Street is an extremely low-cost intervention that has increased grade readiness for children living in economically disadvantaged areas. The effect is especially pronounced for boys and minority children, who have seen their likelihood of being below grade level decrease by as much as 16 percent.
A number of earlier studies have also discovered positive academic impacts. One study found that children who watched Sesame Street frequently in pre-school earned high-school grade point averages almost 16 percent higher than those of children who didn’t grow up watching the show. Another from the University of Wisconsin concluded that children who watch international versions of the program gain nearly 12 percentile points on learning outcomes, as compared to those who don’t watch the show. In Bangladesh, 4-year-old viewers of the local version of Sesame Street were found to have 67 percent higher literacy scores, as compared to those who don’t watch.
And the benefits of programs like Sesame Street are not limited to academic achievement. A report from the Future of Children, a collaborative effort from Princeton University and the Brookings Institution, indicated that kids who watched Sesame Street formed more positive attitudes toward people from different backgrounds. That finding was replicated in Ireland, where exposure to the show promoted an increased propensity toward inclusiveness among Catholic- and Protestant-raised children. A study that examined Israeli and Palestinian children had similar conclusions. This is no small deal at a time when the country is seeing the number of hate incidents rising.
If there is an out of touch or elitist attitude toward PBS, it is the one implied by the OMB Director: The notion that lower income parents don’t value this free educational television in the way suburban parents do, or that they and their families cannot appreciate the historical and educational documentaries that appear on PBS—covering topics from Lewis and Clark to the Civil War to Jackie Robinson—just doesn’t match up with the facts. Surveys found that nearly two-thirds of poorer families reported that PBS KIDS “helps a lot” to prepare their children for school. PBS stations reach more kids ages two to five, more moms with young children, and more children from low-income families—9 million in fact—than any other kids TV network. And parents have confidence in PBS, with 66 percent saying they completely trust PBS KIDS to provide high quality programming—that’s 12 percent higher than the next closest competitor.
The trade-off proposed in the budget is a dubious one. The Corporation for Public Broadcasting cost the federal government just $445 million last year—approximately one hundredth of one percent of the entire federal budget, and only about one-seventh of the $2.8 billion in annual health care tax cuts the current Republican plan gives to the top 400 families alone—a group with average incomes of $300 million.
In a nation divided by inequality in income, schools, and neighborhoods, PBS is one equalizer—providing all kids, regardless of economic background, the chance to watch and learn for free from the likes of Elmo, Bob the Builder, and the impressive show, Sid the Science Kid. Families with a lower household income report having fewer resources for school preparedness, and PBS can help fill that gap by providing free, academically-proven educational experiences.
It is difficult to imagine that the White House can defend the deep and painful cuts to programs that are vital to middle class and working poor families. But one way they can’t defend the elimination of the Corporation for Public Broadcasting is by suggesting that its efficacy lacks evidence, and has no support from working parents in hard-hit urban and rural areas who rely on this educational programming to improve their children’s future.