The Perils of P3s

Public-private partnerships may indeed provide the dollars that fearful politicians are unable to pry from the pockets of their tax-averse constituents. But P3s, as they are known in the infrastructure sector, are more complex than they appear. The idea that P3s allow infrastructure to be built for free is economic snake oil, P3s do not end up saving taxpayers money, especially when policymakers obscure the true costs and the risks. 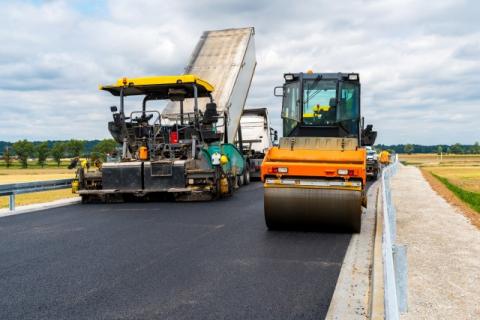 The next big thing in American infrastructure investment is public-private partnerships. Although private companies have long played a key role in designing and constructing public projects, federal and state officials increasingly view the private sector as the dollars-and-cents answer to digging out of the rubble of failing highways, bridges, and transit. Both President Donald Trump and House Speaker Paul Ryan tout them as one way to reduce the use of public monies in their as-yet-to-be-detailed infrastructure dreamscapes.

Public-private partnerships may indeed provide the dollars that fearful politicians are unable to pry from the pockets of their tax-averse constituents. But P3s, as they are known in the infrastructure sector, are more complex than they appear to people who just want to get where they’re going. In a new Economic Policy Institute report, “No Free Bridge,” researcher Hunter Blair shows just why these partnerships are far from a “eureka” moment for America’s infrastructure woes. “The idea that P3s allow infrastructure to be built for free is economic snake oil,” Blair said.

P3s do not end up saving taxpayers money, especially when policymakers obscure the true costs and the risks. Those costs often end up being imposed on future taxpayers and rate-payers, while the gains go to the private partner. “The discussion in the political sphere [hinges on statements] like ‘We are going to engage the private sector’ or ‘We need private investment as well as public investment,’” Blair tells The American Prospect. “Behind a lot of that is ‘We don’t have to pay for it’ if we get the private sector involved.”

Ordinarily, a state or local government raises funds (through taxation or user fees) and procures financing through mechanisms like public bonding to kick-start construction. The state or the municipality then owns the completed highway or transit system. The actual design and construction have long been contracted out. Most public-sector agencies, such as highway departments or transit systems, do not have the in-house expertise to design or build projects. Instead, they rely on design-bid-build procurement strategies. The agencies involved seek out private-sector experts, like architects and engineers, to design large projects. Later, construction firms compete to build the project.

Under a P3, by contrast, the private company gets a percentage of a revenue stream, such as a toll or payments based on performance incentives, such as keeping a road well-maintained. According to the EPI report, private-sector officials can suss out underperforming revenue streams before their public-sector counterparts and often renegotiate contracts: 40 percent of public-private partnership have undergone renegotiation after the contract is signed. (Sometimes, these missteps are more than just bureaucratic blunders. The politicians behind them are often close allies or financial beneficiaries of a project’s private promoters.) The United States is a relative newcomer to this brand of public-private partnership, which means that many state and local transportation officials, political leaders, and community groups don’t understand or seriously underestimate the policy challenges or the serious financial and political consequences of a P3 gone bad.

The North Carolina Department of Transportation entered into a nearly $700 million, 50-year contract with I-77 Mobility Partners, a subsidiary of Cintra, a Spanish-owned transportation infrastructure company to convert high occupancy vehicle (HOV) lanes to express high-occupancy tolled (HOT) lanes on Interstate 77 between Charlotte and Mooresville. These new lanes would use congestion pricing: Drivers choosing to use the lanes would pay a toll based on the amount of traffic. People who travel during off-peak periods would pay a lower toll than drivers traveling during peak hours. The first estimates for the tolls came in at $10, one way.

It was NCDOT’s first major public-private partnership and it showed. A January 2016 report by the U.S. Public Interest Group Education Fund and the Frontier Group criticized the contract terms. The state transportation department put up $95 million up front. The state secured a $189 million federal loan and $100 million in private activity bonds. The report noted that the “financing package, backed by 50 years of expected revenue from tolls, and up to $75 million in additional NCDOT funding if the tolls don’t generate enough money, has been rated one step above “junk” by the bond-rating agency Fitch. The state made another contractual blunder, agreeing to a “non-compete” clause that required North Carolina to pay a penalty if officials moved to improve transit or nearby roads so some people could avoid paying the tolls.

State officials also told area residents that a tolled road was the only option available to alleviate congestion in the region. The department later expressed support for bond issuances for other road-widening projects elsewhere in the state. The environmental review gave short shrift to the long-term impacts of the construction, raising the ire of environmental advocates. Roads ran through low-income areas whose residents would not be able to afford the tolls and would be affected by noise and pollution.

The contractual concerns and the blatant lack of transparency created a major public relations headache for everyone connected to the project. “There were a lot of surprises that came up along the way that should have been understood earlier” by the public, says Kym Hunter, a staff attorney with the Southern Environmental Law Center in Chapel Hill.

North Carolina’s decision work to with Cintra also raised questions about state officials’ judgment. Other Cintra public-private partnership projects ran into major difficulties, including one of the most notorious P3 busts the Indiana Toll Road which filed for bankruptcy in 2015 and the Chicago Skyway which also ran into financial difficulties. The state legislature has tried and failed to kill the project, a move that would cost the state millions. Although an independent review of the contract is underway, the I-77 Mobility Partners has already broken ground on the project, much to the dismay of its opponents.

As Blair has noted last year on EPI’s Working Economics blog, “North Carolina voters saw that the P3, which was sold on the basis of having a more innovative and competitive private sector direction, instead just became pure crony capitalism.”

One of the project’s strongest supporters has already paid a price. Former North Carolina Republican Governor Pat McCrory lost his bid for re-election by some 11,000 votes. Republicans can usually put Mecklenburg County voting districts into the “R” column. But conservative Republicans in the region generally opposed the tolls and preferred to see the road widened. Last year, those reliable Republican districts went for Democrat Roy Cooper, the eventual victor, 63.3 percent to McCrory’s 34.4 percent. McCrory, a former mayor of Charlotte, lost by about 135,000 votes in that county.

The North Carolina experience underscores that states may not be ready for primetime when it comes to P3s.

The North Carolina experience underscores that states may not be ready for primetime when it comes to P3s. Blair says that the federal government should take the lead in amassing the expertise for structuring public-private partnership contracts that would help both the federal government and state and local governments. Indeed, the 2015 surface transportation bill, created a National Surface Transportation and Innovative Finance Bureau in the Department of Transportation to handle applications for federal loans and others application and to provide P3 technical assistance.

That kind of office, EPI’s Blair says, could answer the question of “We think a P3 would be useful, so how can we write an appropriate contract so we don’t get stiffed?” But a small office providing advice on public-private partnerships and finance programs is likely not a priority, even for a president who made a pledge to invest $1 trillion in infrastructure and bring P3s into the finance mix: President Trump cut the Transportation Department budget by 13 percent and a detailed infrastructure plan is no closer to seeing the light of day.