Dine-Out Economy Rests on the Backs of Women

The restaurant industry includes 7 of the 10 lowest paying jobs in the country. Half of the women in the minimum wage workforce are tipped workers. Segregation of women, particularly women of color, in these jobs is a major contributor to the gender pay gap. 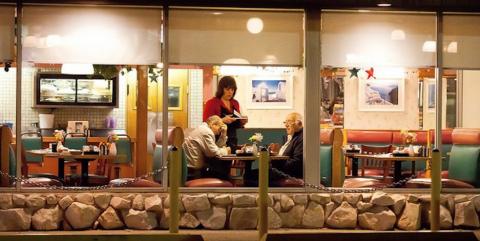 America loves dining out. In fact, the restaurant industry is among the fastest growing economic sectors in the United States. So popular is the restaurant industry that few of us are aware of its worst kept secret: the subminimum wage for tipped workers. While consumers receive prompt service and delicious food from food service professionals who take great pride in their work, most consumers do not know the extent of poverty, discrimination, and sexual harassment faced by millions of women in this industry. In the absence of and unlikely prospects for federal action under the Trump administration, the policy changes necessary to end this dehumanizing and gender inequitable status quo are occurring at the state and local levels.

Restaurant Opportunities Centers United (ROC-United) is an organization I co-founded that advocates on behalf of America’s 12 million restaurant workers. Contrary to popular belief, the vast majority of tipped workers, among these 12 million, are women. They work in casual dining establishments like Denny’s or The Olive Garden. They are reliant on tips—and thus, the whims of customers—to survive. Financial insecurity is commonplace.

The restaurant industry includes 7 of the 10 lowest paying jobs in the country.  Half of the women in the minimum wage workforce are tipped workers.  Segregation of women, particularly women of color, in these jobs is a major contributor to the gender pay gap.  Servers are twice as likely to use food stamps as the rest of the US workforce, and three times as likely to live in poverty.

Verbal and physical abuse is rampant. Cat calls and inappropriate touching are a regular occurrence. In our survey, 90% of servers said they have experienced sexual behavior that is scary or unwanted; sometimes coming from a regular customer, other times an employer or a coworker.

These are professional women who take pride in their work. Yet, they are among the most vulnerable workers in America. Reliance on tips requires women to perform and dress in gender stereotypical ways (Hooters is one of the most egregious examples, but the reports are rampant from “family restaurants” like the Olive Garden) and dissuades women tipped workers from fighting back. When customers provide the bulk of their wages; pleasing them at all costs becomes an extra strong imperative. Servers and their bosses believe they can make more money if servers are “grab-able.”  Challenging an employer could impact their job status or even their schedules. A week of undesirable shifts means they go home to their children with less money for groceries or diapers.

The demeaning and inequitable consequences of America’s subminimum wage for tipped workers should come as no surprise. The practice is rooted in slavery and racism. As examined in my most recent book, Forked: A New Standard for American Dining, post-slavery America viewed tipping as a practice fit only for former slaves. Business owners loathed having to pay them. The practice of tipping solved that problem. Thanks to the lobbying efforts of groups like the National Restaurant Association (NRA), this legacy of exploitation persist today through the subminimum wage system.  The federal minimum wage for a tipped worker is just $2.13 per hour and has not changed for more than two decades.

The NRA argues that a tip penalty is a good thing. Experience from seven states that have already established one minimum wage, rather than the two-tiered approach that provides a sub-wage for tipped workers and is codified at the national level, suggest otherwise. In these states, we find that restaurant industries have higher restaurant sales per capita and higher job growth than the 42 states with lower wages for tipped workers.  In these state, tips are not eliminated.  Tipping is a bonus, not a base, and does not decrease when one minimum wage is instituted.  In addition, our survey results show that reports of unwanted or scary sexual behavior are twice as high in states with a two-tiered minimum wage than in those without it.

The federal minimum wage law does require employers to ensure that tips make up the difference between the lower minimum wage and the regular minimum wage. Unfortunately, the US Department of Labor reports an 84% violation rate for this provision.  And even a 100% compliance rate would not address the underlying structural inequalities that result when a largely female workforce must live off tips for any portion of their base wage, leading to exploitation and the worst sexual harassment of any industry.

Our research and experience suggests that such a system does not really work for employers either.  Enforcement of the two-tiered wage system is incredibly burdensome. Proving that workers have met the minimum wage level with their combined hourly wage and tips is challenging and has created tremendous liability. Our research has found that restaurants in New York, a two-tiered minimum wage state, face three times the liability as restaurants in Los Angeles; California has no lower wage for tipped workers. As a result of this increased liability, many high profile New York employers, like Danny Meyer, have voiced their support for the elimination of the lower wage for tipped workers or One Fair Wage.

Despite benefits for employers and workers, neither Congressional leadership nor the Trump administration has spoken out in favor of the three federal bills that have been introduced to create one federal minimum wage, leaving it to other levels of government.  Five states are currently considering “One Fair Wage” legislation. If successful, they would join the seven states that have already have addressed the structural inequalities inherent in a two-tiered minimum wage law (see map above).  Without this policy change, we will continue to dine out at the expense of women and the families they increasingly support.