American Poets, Refusing to Go Gentle, Rage Against the Right

There seems to be a growing audience for poetry that speaks to the anxieties of our era. Traffic to the academy’s online poetry archive has surged in recent months. Maya Angelou’s poem, “Still I Rise,” has been viewed nearly 470,000 times since Nov. 8, compared to about 280,000 times in that period the previous year, while Langston Hughes’s poem, “Let America Be America Again,” has been viewed some 280,000 times, up from about 88,000 times. 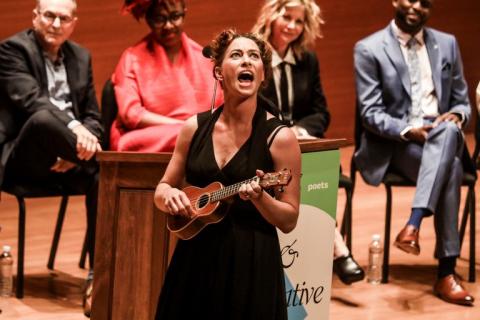 Amanda Palmer at a poetry reading at Lincoln Center in Manhattan on Wednesday, where the stage banter was often political.,Krista Schlueter for The New York Times

The poet Jane Hirshfield has never thought of herself as an agitator. A self-described “genuine introvert,” Ms. Hirshfield likes to spend her days gardening, hiking and writing verses about nature, impermanence and interconnectedness.

But a couple of months ago, to her own surprise, she emailed the organizers of the March for Science in Washington and urged them to make poetry part of the protest. At the rally on Saturday, Ms Hirshfield will read her new poem “On the Fifth Day,” which addresses climate change denial and the Trump administration’s dismantling of environmental regulations.

“I’ve never done anything like that before,” Ms. Hirshfield said. “I don’t even give dinner parties.”

The march will also feature pop-up poetry writing workshops, and more than 20 banners with science poems by Gary Snyder, W .S. Merwin, Tracy K. Smith and others. (Ms. Hirshfield also wanted to have a donkey carrying baskets with printed-out poems, but the organizers rejected that idea).

“Poems are visible right now, which is terribly ironic, because you rather wish it weren’t so necessary,” she said. “When poetry is a backwater it means times are O.K. When times are dire, that’s exactly when poetry is needed.”

Like virtually everything else in the Trump era, poetry has gotten sharply political these days. Writers are responding to this turbulent moment in the country’s history with a tsunami of poems that address issues like immigration, global warming, the Syrian refugee crisis, institutionalized racism, equal rights for transgender people, Islamophobia and health care.

The recent resurgence of protest poems reflects a new strain of contemporary American poetry, one that is deeply engaged with public policy and the latest executive orders coming from the White House. At a moment when many artists and writers have joined a diffuse resistance movement on the left, a vocal and mobilized group of poets are using their work to wrestle with some of the most pressing issues in American culture and politics. 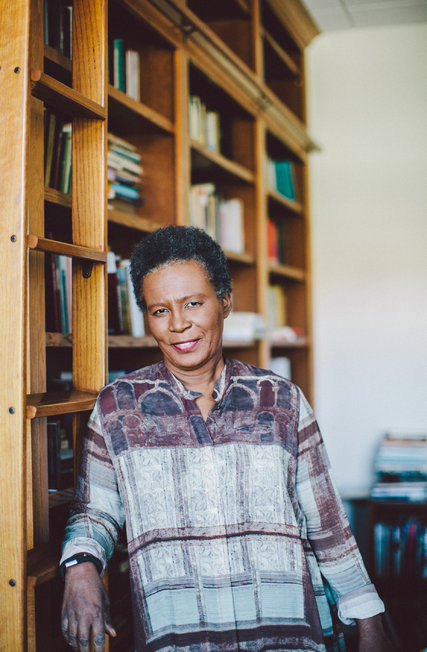 Claudia Rankine in 2014. That year, her collection “Citizen” became a best seller with more than 200,000 copies in print. Credit Elizabeth Weinberg for The New York Times

More recently, a new, politically engaged generation of young African-American, Latino and Asian poets have written verses that address institutionalized bias and the Black Lives Matter movement. Critically acclaimed poets like Claudia Rankine, whose 2014 collection "Citizen" became a best seller with more than 200,000 copies in print, have demonstrated that there's an enormous appetite for poetry that deals bluntly with racism, civic identity and social justice.

But poets, scholars and publishers say the flood of protest poems after the 2016 election stands apart from earlier eras in both its quantity and intensity and its stylistic and thematic diversity. Some see the emerging body of brash political poetry as a stark departure from the more introspective, personal style that characterized so much of 20th-century American poetry.

"There's going to be a major shift in our poetry," said Alice Quinn, the executive director of the Poetry Society of America. "The poems that I have been reading, which are freshly minted, most of them, have a powerful sense of urgency and reckoning and responsibility."

Poets are using social media to respond quickly to the news, posting new verses online. Hours after the election results came in on Nov. 8, Danez Smith, a 27-year-old poet in Minneapolis, wrote a poem about losing faith in the country, titled "You're Dead, America." It was published on BuzzFeed on Nov. 9, and includes the verses, "on the TV/ is the man from TV/ is gonna be president/ he has no word/ & hair beyond simile/ you're dead, America." Smith, who identifies with neither gender and prefers no courtesy title, has also written poems about health care and police violence, which have been used on signs and read aloud at Black Lives Matter protests.

"There's something beautiful about the poem that is needed right now," Smith said. "It might not be as powerful a couple of months from now."

There seems to be a growing audience for poetry that speaks to the anxieties of our era. In November, a few days after the election, the Academy of American Poets and the online publication Brain Pickings organized an “emergency” pop-up poetry reading in Washington Square Park in New York, where hundreds of people gathered to hear 20 poets, among them Patricia Smith and Elizabeth Alexander.

Traffic to the academy’s online poetry archive has surged in recent months. Maya Angelou’s poem, “Still I Rise,” has been viewed nearly 470,000 times since Nov. 8, compared to about 280,000 times in that period the previous year, while Langston Hughes’s poem, “Let America Be America Again,” has been viewed some 280,000 times, up from about 88,000 times. Last year, some 20 million people read poems on the academy’s website.

“We turn to poems in moments of crisis for comfort,” said Jennifer Benka, the executive director of the Academy of American Poets. “We’ve seen this spontaneous swell of people coming to read poems that speak to this moment.” 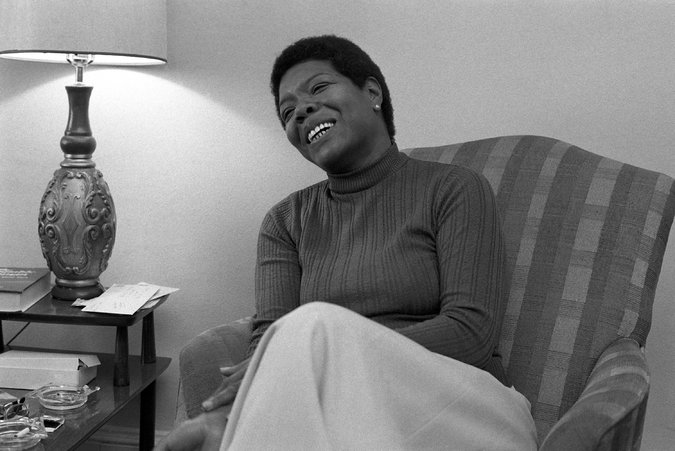 Poetry readings around the country have come to resemble leftist political rallies. In March, the Poetry Coalition, which includes 25 organizations in the United States, held readings around the country focused on the theme of migration, with some programs put together partly in response to the Trump administration’s attempted travel bans. At City Lights Bookstore in San Francisco, the Poetry Society of America held a reading and discussion about the plight of Syrian refugees. This month, the Wick Poetry Center at Kent State University organized an event in Akron, Ohio, where Syrian, Lebanese, Congolese and other immigrants read their original poetry.

On Wednesday at Lincoln Center, at a packed poetry reading put on by the Academy of American Poets, stage banter often turned to politics as a group of actors, writers and singers read selected works by Hughes, Whitman, Terrance Hayes and Adrienne Rich. The singer-songwriter Amanda Palmer roused the audience when she said President Trump might make punk rock great again. The actress Uzo Aduba read Robert Hayden’s poem “Frederick Douglass,” calling it “essential and important in this time.”

Publishers are seizing on the recent outpouring of political poetry with new “resistance”-themed collections that speak to the political climate. Last month, Dispatches Editions released “Resist Much/Obey Little: Inaugural Poems to the Resistance,” a 740-page anthology that was quickly assembled in response to the election and features work 350 poets. Boston Review published “Poems for Political Disaster,” which has a foreword by the United States poet laureate, Juan Felipe Herrera, and includes poems by Stephen Burt, Monica Youn and Jorie Graham.

Major publishing houses are rushing out their own volumes. A forthcoming collection by Spiegel & Grau, “How Lovely the Ruins: Inspirational Poems and Words for Difficult Times,” combines classics by E. E. Cummings, Robert Frost and Whitman with new works by young poets like Ocean Vuong and Danez Smith.

“Poets have always been responding to the times,” said Ms. Alexander, who wrote the introduction to the collection. “What is different now is that more people are listening and understanding that poetry is a place to turn.”

In May, Knopf will publish “Resistance, Rebellion, Life,” a collection of 50 contemporary poems that includes works by Robert Pinsky, Eileen Myles, Kevin Young and Solmaz Sharif. The volume, which was edited by the poet Amit Majmudar, came together quickly this winter after Mr. Majmudar put out a call for new political poetry. He got around 150 submissions. Some poets responded with work in 15 minutes.

Mr. Majmudar said he tried to include a range of perspectives. “I was equally open to an anti-globalization poem as I was to a Trumpocalypse Now poem,” he said in an email. But poets tend to be liberal, and the submissions skewed heavily to the left.

The selected works include blunt poems that refer directly to Mr. Trump, in decidedly unflattering terms. Erica Dawson’s poem “They Call Them Blue My Mind” quotes Mr. Trump’s boasts about grabbing women’s genitals. In a seething poem titled “Now,” Frederick Seidel takes aim at the administration, writing, “Now a dictatorship of vicious spineless slimes/ We the people voted in has taken over.”

Others in the collection are less partisan, and deal with anti-Semitism, immigration, the refugee crisis and mass shootings.

Mr. Herrera, who wrote the poem “Interview With a Border Machine” for the collection, said he sees the book as a survival handbook for living in troubling and tumultuous political times. “I guess I would call this collection ‘emergency poems,’” he said.