labor The Price for Killing Workers Must Be Prison

Nationally, at all workplaces, one employee is killed on the job every other hour. Twelve a day. These are not all accidents. Too many are foreseeable, preventable, avoidable tragedies. With the approach of April 28, Workers Memorial Day 2017, the USW is seeking in America what workers in Canada have to prevent these deaths. That is a law holding supervisors and corporate officials criminally accountable and exacting serious prison sentences when workers die on the job. 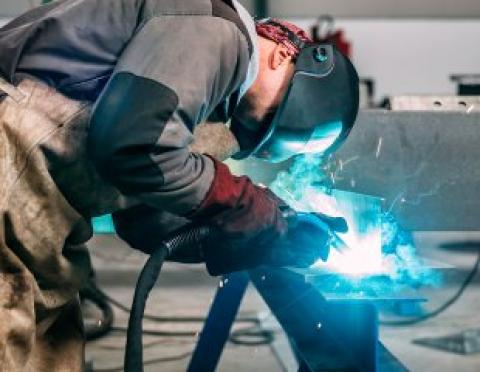 Every 12 days, a member of my union, the United Steelworkers (USW), or one of their non-union co-workers, is killed on the job. Every 12 days. And it’s been that way for years.

These are horrible deaths. Workers are crushed by massive machinery. They drown in vats of chemicals. They’re poisoned by toxic gas, burned by molten metal. The company pays a meaningless fine. Nothing changes. And another worker is killed 11 days later.

Of course, it’s not just members of the USW. Nationally, at all workplaces, one employee is killed on the job every other hour. Twelve a day.

These are not all accidents. Too many are foreseeable, preventable, avoidable tragedies. With the approach of April 28, Workers Memorial Day 2017, the USW is seeking in America what workers in Canada have to prevent these deaths. That is a law holding supervisors and corporate officials criminally accountable and exacting serious prison sentences when workers die on the job.

Corporations can take precautions to avert workplace deaths. Too often they don’t. That’s because managers know if workers are killed, it’s very likely the only penalty will be a small fine. To them, it’s just another cost of doing business, a cost infinitely lower than that paid by the dead workers and their families.

This year is the 25th anniversary of the incident that led Canada to establish federal corporate criminal accountability. It was the 1992 Westray coal mine disaster that killed 26 workers. The Plymouth, Nova Scotia, miners had sought help from the United Steelworkers to organize, in part because of deplorable conditions the company refused to remedy, including accumulation of explosive coal dust and methane gas.

Nova Scotia empanelled a commission to investigate. Its report, titled The Westray Story: A Predictable Path to Disaster, condemns the mine owner, Curragh Resources Inc., for placing production – that is profits – before safety.

The report says Curragh “displayed a certain disdain for safety and appeared to regard safety-conscious workers as wimps.” In fact, Curragh openly thwarted safety requirements. For example, the investigators found, “Methane detection equipment at Westray was illegally foiled in the interests of production.”

The calamity occurred because Curragh callously disregarded its duty to safeguard workers, the investigators said. “The fundamental and basic responsibility for the safe operation of an underground coal mine, and indeed of any industrial undertaking, rests clearly with management,” the report says.

The USW pressed for criminal charges, and prosecutors indicted mine managers. But the case failed because weak laws did not hold supervisors accountable for wantonly endangering workers.

The Steelworkers responded by demanding new legislation, a federal law that would prevent managers from escaping liability for killing workers. It took a decade, but the law, called the Westray Act, passed in 2003. Under it, bosses face unlimited fines and life sentences in prison if their recklessness causes a worker death.

Over the past 13 years, since the law took effect in 2004, prosecutors have rarely used it. Though thousands of workers have died, not one manager has gone to jail.

The first supervisor charged under the Westray Act escaped a prison sentence when he agreed to plead guilty under a provincial law and pay a $50,000 fine. This was the penalty for a trench collapse in 2005 that killed a worker. There are many methods to prevent the common problem of trench cave-ins, but bosses routinely send workers into the holes without protection.

In 2008, the company Transpavé in Quebec was charged under the Westray Law after a packing machine crushed one of its workers to death. There was a criminal conviction and $100,000 fine. But no one was jailed.

In another case, a landscape contractor was criminally convicted in 2010 for a worker’s death, but the court permitted the contractor to serve the two-year sentence at home with curfews and community service.

Soon, however, prison may become more than a theoretical possibility. A Toronto project manager was sentenced last year to three and a half years in prison for permitting workers to board a swing stage, which is a scaffold that was suspended from an apartment building roof, without connecting their chest harnesses to safety lines. The scaffold collapsed, and four workers plummeted 13 stories to their deaths. A fifth worker survived the fall with severe injuries. Another worker, who had clicked onto a safety line, was unscathed.

Before the project began, the manager took a safety course in which the life-and-death consequences of unfailingly utilizing safety lines was emphasized.

The prosecutor said the manager’s failure to stop the scaffolding from descending with unsecured workers demonstrated “wanton and reckless disregard for the lives and safety of the workers.” The judge said the manager’s position conferred on him the responsibility for safeguarding the workers and that his conduct constituted criminal negligence under the terms of the Westray Law.

The manager has appealed the sentence. The worker who connected himself to the lifeline said the manager asked him that day to lie about what happened because, the manager told him, “I have a family.”  Of course, that ignores completely the families of the dead men.

It is what far too many bosses and CEOs do. They believe their lives are precious and workers’ are not. That’s why so many supervisors defy worker safety rules.

In most U.S. workplace deaths, the company suffers nothing more than a fine. Last year, for example, an Everett, Washington State, landscape company paid $100,000 for the death of a 19-year-old worker crushed in an auger on his second day on the job. His father, Alan Hogue, told The Seattle Times, “It’s just a drop in the bucket. It’s like fining me $10 for shooting a neighbor.” The state cited the company for 16 serious and willful safety violations.

Federal criminal penalties for killing a worker in the United States are so low that they are insulting. The maximum sentence under OSHA is six months; under MSHA, one year. Prosecutors almost never bring such cases, since the penalties are so low and the burden of proof so high.

.S. supervisors have gone to jail under state criminal laws, though it’s rare. A New York construction foreman was convicted of criminally negligent homicide and sentenced in 2016 to at least 1 year behind bars for sending a 22-year-old worker into an unsecured trench and for failing to stop work when an engineer warned it was too dangerous. The trench collapsed minutes later.

In a similar case, the owner of a Fremont, Calif., construction company and his project manager were convicted of manslaughter and sentenced to two years in prison after a trench collapsed on a worker. The January 2012 incident occurred three days after a building inspector ordered work to stop because the excavation lacked shoring. The manager ignored the order.

“These men, the workers, were treated like their lives didn’t matter,” Deputy District Attorney Bud Porter told a reporter at the time of conviction.

The only way to make workers’ lives matter is to make prison a real possibility for CEOs and supervisors. Lethal greed must be tempered by frightening ramifications. Fines are no threat.  Only prison is. America needs its own Westray Law and aggressive enforcement.

Leo W. Gerard is president of the United Steelworkers union. President Barack Obama appointed him to the President’s Advisory Committee on Trade Policy and Negotiations. Follow him on Twitter @USWBlogger.