“In an ideal world, governments, corporations, and other large institutions would be transparent by default. Unfortunately, the world is not ideal. Many institutions begin a slow creep toward being opaque and we need people who recognize that.” — Chelsea Manning 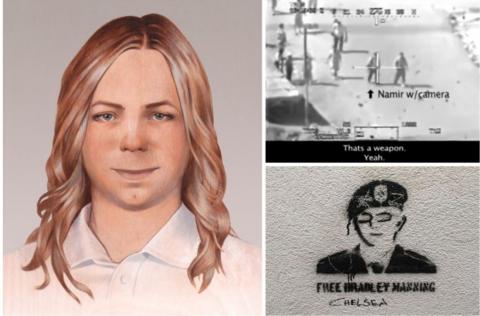 Chelsea Manning will be released from Ft. Leavenworth prison today after her 35-year, maximum-security sentence was commuted by President Barack Obama before he left office in January.

In 2010, Private Manning, then known as Bradley, leaked over 700,000 documents to Wikileaks, including classified diplomatic cables, Army reports, and videos while stationed in Iraq as an Army intelligence analyst.

The Manning disclosures are one of the largest classified document leaks in US history, in league with the Edward Snowden disclosures and Daniel Ellsberg’s Pentagon Papers. Some credit the Manning leak as an important catalyst for the Arab Spring.

Wikileaks released many of the documents in an unredacted form to the Internet, gaining both condemnation and praise for the organization and its founder, Julian Assange. The Manning leaks put Wikileaks in the mainstream consciousness, where it continues to remain.

The most sensational documents revealed wrongdoing by the US government, and its attempts to cover them up. For instance, documents show that the US was well aware of torture and prisoner abuse perpetrated by Iraqi Security Forces, and did nothing about it. Another revelation was that known Egyptian torturers had received training at FBI headquarters in Quantico, VA.

Other documents showed the inner workings and deliberations of an American empire in the process of pushing its own policy agenda and geopolitical strategy forward, often at the expense of others. Political scientists and historians consider the documents a treasure trove, a window into the machinations of American foreign policy.

Manning was arrested after revealing what she did to an online acquaintance, who then alerted the authorities. She was tried and convicted under the Espionage Act.

During the trial, Manning was held at the the Quantico Marine Corps brig, where at one point she was placed on suicide watch and subjected to harsh conditions, including being stripped naked and not allowed to sleep between the hours of 5 a.m. and 8 p.m. She was placed in solitary confinement over an 11-month period, under conditions which Juan Mendez, the UN’s Special Rapporteur on Torture, said “constitutes at a minimum cruel, inhuman and degrading treatment in violation of article 16 of the convention against torture. If the effects in regards to pain and suffering inflicted on Manning were more severe, they could constitute torture.”

On August 21, 2013 she was sentenced to 35-years. The New York Times described her sentence as “excessive.”

Immediately after sentencing, Manning released a statement through her lawyer revealing that “I am a female,” and that she wished to undergo hormone therapy, procedures which are not available at Ft. Leavenworth.

During her detention, Manning attempted suicide several times, leading her to be placed in solitary confinement.

As the Obama presidency came to a close, many activists made a concerted effort to appeal to the president to grant Manning clemency. Among them was Edward Snowden, who leaked a large cache of intelligence documents revealing massive US & UK government surveillance in 2013, and who himself sought a presidential pardon.

Manning and Snowden’s methodology for leaking the documents they came to possess stand in contrast, and have been a source of some criticism against Wikileaks. Snowden chose to leak his cache to a group of journalists, who carefully reviewed and curated each document, making sure to redact names and any sensitive information they discerned was not in the interest of the public. The journalists then shared the information they were about to publish with the government to make sure they were not putting any lives at risk.

Manning, in contrast, leaked his documents to Wikileaks, which released many of the files in an unredacted form.

The Manning leak has had a profound effect on people’s perspective of the Iraq and Afghan wars. And, like the Snowden leaks, it has challenged Americans to examine the issues of transparency and secrecy, calling them to question what the government does in their name; especially when it sheds blood.

In a written response with Amnesty International in late 2014, Manning revealed what led her to disclose the leaks:

“In Iraq in 2009-10, life felt very cheap. It became overwhelming to see the sheer number of people suffering and dying, and the learned indifference to it by everybody around me, including the Iraqis themselves. That really changed my perspective on my life, and made me realize that speaking out about injustices is worth the risk.”

The below leaked video from Manning is of two AH-64 Apache helicopter gunships killing a group of Iraqi men, some of whom may have been carrying AK-47s and RPGs, on July 12, 2007 in Baghdad. Two of the men were Iraqi war correspondents carrying cameras. No charges were ever brought against any US military personnel.

Update 5/17/2017, 10:55pm EST: This story has been corrected to reflect that not all of the leaked documents from Manning were published unredacted. 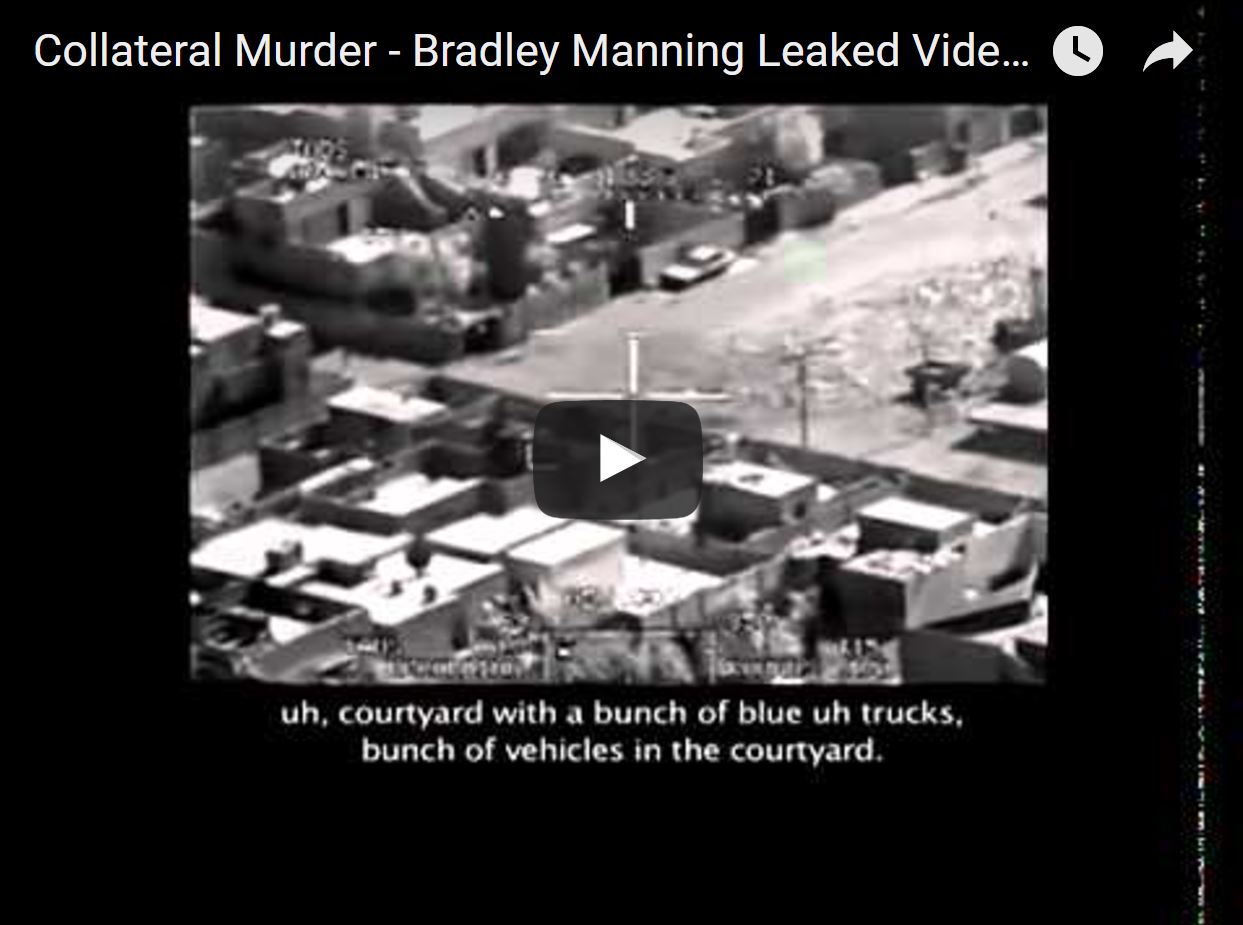