Recipients of basic income continue to work, spend less on vice, and are able to invest in long-term plans. 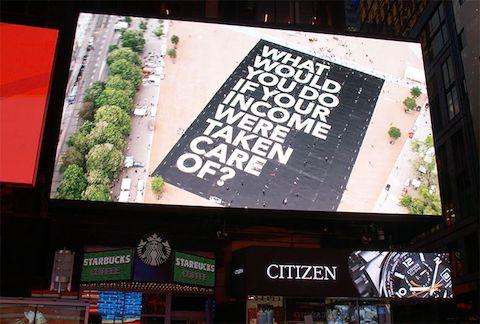 Consequences matter when deciding how to spend 17 percent of the national income. When weighing whether some form of basic income is a good idea, impact is critical: on labor markets, on education, on entrepreneurship, on child rearing, on gender relations, on mental health, on political participation, and on all the myriad other aspects of public and private life that will change if the government gives us all enough money to live.

The debate over basic income is awash in conjecture. Unfortunately facts have until recently been in short supply, as has credible research on the effects of giving people money—universally, basically, or otherwise. The field of international development has been particularly information-starved, as economists Abhijit Banerjee and Rumin He noted in 2008:

. . . it is an item of faith in the development community that no one should be giving away money. It is not clear what, if any, evidence lies behind this shared conviction. Certainly no one has done the experiment of showering large gifts of money on poor people in poor countries and then following them to see what they do with the money and what happens afterward.

Thankfully, we are less ignorant today. A number of organizations—including GiveDirectly, which we co-founded—have in fact been showering the poor with cash and then testing the results experimentally. A large and growing body of rigorous evidence has now accumulated, including 165 studies of 56 different schemes in 30 countries recently reviewed by the Overseas Development Institute.

The findings are encouraging. The darkest of concerns have not materialized: recipients of regular transfers have not cut their work hours, and if anything have cut their expenditure on alcohol and tobacco. Cash transfers have had positive impacts on a wide range of outcomes, and in some cases have indeed increased self-employment and earnings. In northern Uganda, for example, young adults given one-time grants of $382 each increased their earnings by 38 percent and their work hours by 17 percent 4 years later, investing in skills training and in tools in order to enter a range of trades from tailoring to carpentry to hairstyling.

There is also positive but more limited evidence from the United States. Payouts to Cherokee families from a new casino resulted in dramatic psychological improvements and reductions in crime for the children of those families. A conditional cash program in New York City found reductions in poverty, and a very long-term study of programs from the early twentieth century found that small cash grants to poor families could add a year of life to their children. And beyond these studies there are evaluations of closely related ideas such as the Negative Income Tax, which costs less than basic income but likely disincentivizes work more.

But (reasonable) doubts remain. Transfers that last indefinitely, or even for a very long time, have not been tested experimentally. Transfers to entire communities have not been tested experimentally. Past pilots of basic income have moved the conversation forward to where it stands today, but these pilots have been confined to a handful of individuals or communities, been short-term, or been conducted without experimental evaluations to generate a definitive data trail. Skeptics thus continue to worry that indefinite, universal transfers would have harmful consequences, to the point that they would be, in the words of the National Review’s Oren Cass, “a senseless act of preemptive self-sabotage.”

That is why it is so important and so exciting that efforts are underway to test basic income rigorously around the globe. GiveDirectly is running one of these tests in Kenya, where it will be transferring enough to lift entire villages out of extreme poverty for over a decade and measuring the impacts on a wide range of social and economic outcomes. Other tests and pilots are underway or being discussed in the United States, Finland, Canada, and the Netherlands, among other places.

Learning about the consequences of a basic income will not make adopting one an easy choice. We may still disagree about whether the consequences are worth the cost. But we will at least know what we are arguing about.

Editor's Note: This essay is an online supplement to our new print issue, Work Inequality Basic Income. Become a member to get your copy or order the issue today!