Regional Airlines Want to Cut Co-Pilot Flight Rules. The Idea Mustn't Get Off the Ground

Airline travelers are willing to compromise on personal comfort and convenience in return for lower fares and regularly scheduled flights. But I doubt the flying public would agree to deeply discount their own safety by letting the government hack away at an essential industry standard designed to protect flyers from inexperienced pilots. 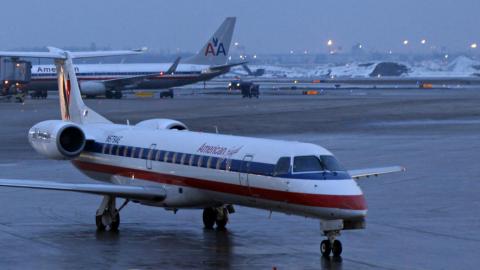 Proposal before Congress seeks to water down federal requirements necessary to become an airline co-pilot. Plan calls for diminishing the 1,500 hours of actual flying time required, substituting some of that with classroom and other on-the-ground training,credit - Brian Cassella / Chicago Tribune

That's why it's important to defeat a proposal before Congress that seeks to water down federal requirements necessary to become an airline co-pilot. The plan calls for diminishing the 1,500 hours of actual flying time required and substituting some of that time with classroom and other on-the-ground training.

For one, regional airlines that primarily serve smaller markets and often have marketing agreements with big carriers like United and American airlines. The regionals say they're reeling from a shortage of pilots and changing this training requirement will help prime the hiring pump.

Strongly disagreeing with that business logic is Illinois Sen. Tammy Duckworth, a former Illinois Army National Guard combat pilot who's leading the charge against this legislation.

"I want regionals to fly out of Peoria, Decatur … but let's not do it at the cost of safety," the senator told me. 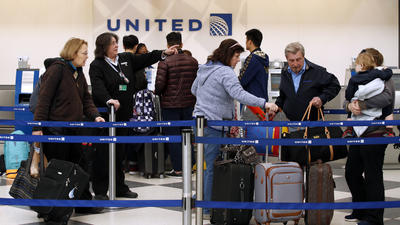 Nonetheless, the measure recently passed a Senate panel and could be attached to an upcoming Federal Aviation Administration reauthorization bill. The pilot provision passed the committee 14 to 13, along party lines, with Republicans voting in favor of the measure sponsored by Sen. John Thune, a South Dakota Republican.

Most people, including the majority of lawmakers voting for this effort, know nothing about flying an airplane. The closest I've been to a cockpit is peering into them between saying hello to a flight attendant and taking my seat on a plane.

So when it comes to airline safety, I'll take the word of experienced pilots like Duckworth and the Air Line Pilots Association, which represents 57,000 pilots in the U.S. and Canada, and is against the cutback.

Also fighting this proposed FAA change is Chesley Sullenberger, better known as "Sully," the captain of US Airways Flight 1549 that in 2009 made an emergency landing in New York's Hudson River with no fatalities. Sully is also an air safety advocate and consultant.

Recently, he tweeted: "Regional airline lobbyists argue for weaker standards, making flying less safe for passengers and all of us."

It was a regional airline tragedy that brought about the rule that's now under attack. In 2010, Congress hiked to 1,500 hours, from 250 hours, the minimum amount of in-the-air training for co-pilots, also known as first officers.

The change resulted from a crash of Colgan Air flight in February 2009 that occurred when pilots made mistakes and the turboprop plane stalled during a snowstorm, resulting in 50 deaths, federal investigators found.

Since the 1,500-hour rule, there have been no passenger fatalities in U.S. airline accidents, compared with 1,100 such deaths between 1990 and 2009, according to Duckworth's office.

The bill's backers say allowances should be made to reduce actual flying time if co-pilot candidates take structured classroom training.

Exactly what that means needs to be worked out. Duckworth says there's a range of possibilities, including looking at training videos in hotel ballrooms. The senator notes that Colgan gave its pilots a CD-ROM on how to deal with icing on the wings that counted as in-flight training.

Currently, there are more legitimate alternatives to flying 1,500 hours. Those with military flying experience or graduates with a four- or two-year flight training college degree get a slight break.

The Regional Airline Association, which represents 23 air carriers nationwide — among them eight that partner with United Airlines and seven with American — supports the proposal.

"The Senate bill in no way reduces the 1,500-hour requirement, it simply clarifies the FAA's authority to approve additional, structured training," Faye Malarkey Black, president of the Washington-based group wrote in an email to me.

This talk of clarification doesn't put my mind at ease.

The motivation for the change is really about getting more young pilots into the regional airline business.

There is a coming shortage of pilots at the commuter and major airline levels. But there are marketplace solutions to address that issue — including making the industry more attractive to job candidates by paying better salaries and increasing benefits.

While it can cost about $150,000 to become a trained pilot, a regional airline pilot job gets paid about $14 an hour or about $22,000 annually, according to the Air Line Pilots Association. The Regional Airline Association says average total compensation is about $46,000.

Few would disagree that piloting a plane is a life-and-death skill. It requires many years of experience and ongoing job training.

That's why it doesn't make sense to offer pilots a shortcut at the beginning of a career, when professional seasoning is arguably needed the most.

Think of it this way: Medical students don't take two years off their training and start doing surgery because we're short of doctors.