While senior U.S. officials led by President Trump and media pundits sound the alarm over North Korea’s nuclear ambitions, America has been dealing with a series of nuclear leaks domestically that are already exposing the public to radioactive material. 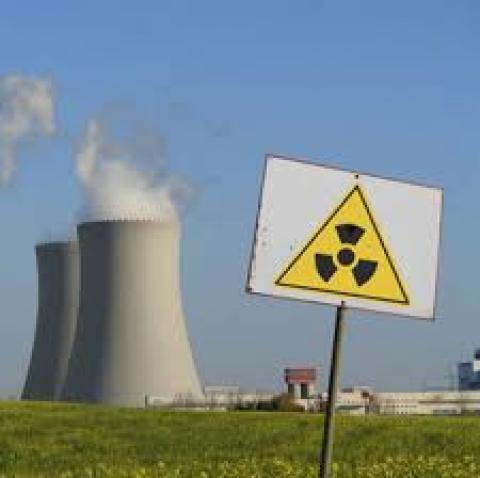 The most recent case is in Washington State, where a radioactive leak at the Hanford Site nuclear facility that began on June 8 was kept secret for two months while contaminating the surrounding area.

Plutonium particles detected as far as three miles away from the decommissioned nuclear Hanford Site in Washington state left workers with headaches and coughs, but officials insist that the nearby public highway is not at risk of contamination.

The radioactive air contamination was recorded on June 8 but wasn’t made public until two months later, when, on Tuesday, Seattle NBC-affiliate KING obtained an internal Hanford memo detailing the findings.

As part of a government-contracted project to clean up and demolish the deactivated plutonium production plant, hundreds of workers travel daily on Rattlesnake Barricade, a turnoff from Highway 240. That is where plutonium and americium, both highly toxic heavy metals, were found, about three miles from the Hanford Site’s contaminated Plutonium Finishing Plant (PFP).

Alarms sounded both inside and outside the PFP on June 8 upon detection of the airborne radiation, the Tri-City Herald reported. A “precautionary take cover” order was sent to some 350 workers around the PFP, but workers in other areas of the Hanford Site were not alerted, KING reported.

“They should have contacted the other contractors and let them know what happened. No one took cover in other facilities and didn’t know what was going on,” an anonymous employee told KING. “I think it was irresponsible not to do more.”

“They downplay a lot of things (at Hanford),” the worker added.

CH2M Hill, the contractor employing the workers, determined they were in good enough shape to “return to work” after the take cover order, the engineering consultancy confirmed to KING.

However, KING cited an unnamed source who was there on June 8 and said some of those returning workers continued coughing and still had headaches.

Radioactive vapor was released when crews were unsealing and resealing old nuclear waste drums, and the vapor traveled beyond the PFP containment zone when another crew was taking down a portion of the Plutonium Reclamation Facility (PRF) at the same time. Some in the area were not wearing proper breathing masks and were exposed.

Air testing was completed the same day, June 8, and the results were announced on August 8. The contamination levels were “below levels that would be of concern for human health,” Hanford employees were told this week in a memo obtained by KING.

That may not be comforting for the workers who test positive for “internal exposures” to radioactive plutonium. So far, at least 12 out of the first 65 test kits given to employees have come back positive, according to KING. The results of another 236 test kits have yet to be reported, but if nearly 20 percent of workers have already tested positive, more are bound to follow.

There are different forms of radiation, and none are worse than plutonium’s alpha radiation. Internal exposure to plutonium is not like exposure to radiation by air travel, microwaves or even X-rays.

Hanford officials are considering distributing more tests to other workers from other areas of the site, the Tri-City Herald reported. The state’s energy department is supposed to have the PRF torn down by the end of next month, but contractors have notified regulators that the deadline may not be met because work is paused while new procedures are established as a result of the June incident, according to the newspaper.

The Hanford Site’s plutonium was used in the “Fat Man” nuke that killed between 39,000 and 80,000 people in Nagasaki, Japan, on August 9, 1945. Hanford did not cease production of plutonium until the late 1980’s and has been a cleanup project for 28 years. The cleanup work is anticipated to last for at least 75 more years.

Everett Numbers reports from the fortuitous intersection of life, politics, money and culture for Anti-Media. When he isn't reading or listening to the news, he enjoys playing cribbage over a cup of chai. Contact him by email at everett.numbers@theantimedia.org.

A Predictable Nuclear Accident at Hanford

Bulletin of the Atomic Scientists

May's accident at the Hanford Nuclear Reservation should have come as no surprise.

On May 9, workers discovered a 20-foot-diameter hole where the roof had collapsed on a makeshift nuclear waste site: a tunnel, sealed in 1965, encasing old railroad cars and equipment contaminated with radiation through years of plutonium processing. Potential radiation levels were high enough that some workers were told to shelter in place while others donned respirators and protective suits as they repaired the hole.

The Hanford complex, which dates back to 1943, produced the plutonium for the atomic bomb dropped on Nagasaki. Half the size of Rhode Island, it is often described as the most contaminated place in the United States. Until its last reactor closed in 1987, it churned out plutonium for the roughly 70,000 nuclear weapons the United States built during the Cold War. As the historian Kate Brown documents in her book Plutopia, which explores the uncanny similarities between Hanford and its Soviet counterpart Ozersk, Hanford has been a slow-motion environmental disaster since its opening, constantly excreting radioactive contaminants into the air and water. More dangerous than the tunnels are the giant tanks of liquid nuclear waste: 177 of them containing 56 million gallons of radioactive soup whose composition is only approximately known. The contents of some have to be stirred periodically to prevent the formation of hydrogen bubbles that would cause the tanks to explode. One million gallons of this witches’ brew have already leaked into the groundwater from tanks that were built to last only 20 years. The US government projects that it will cost more than $107 billion to clean up the site, with remediation finished by 2060. Few knowledgeable people put much credence in either number.

It would be nice to say that Hanford is a unique canker on the US nuclear landscape, but it is not. It may be the most contaminated, but it is far from alone. At the Rocky Flats facility outside Denver, where workers fashioned Hanford’s plutonium into cores (or “pits”) for nuclear weapons, there were major fires in 1957 and 1969; each sent plutonium-laced plumes of smoke over nearby communities. Enough plutonium dust gathered in the facility’s ductwork that some worried about a spontaneous criticality event—that is, an accidental and uncontrolled nuclear chain reaction. Eventually President George H.W. Bush closed Rocky Flats in 1992 after an FBI investigation found that the facility was secretly (and illegally) burning nuclear waste in the middle of the night.

At Ohio’s Fernald plant, which processed uranium for the weapons complex, operators dumped radioactive waste into makeshift pits where it contaminated local groundwater, and blew uranium dust particles out of the smokestacks when the filters failed, as they did with some regularity. Similar stories could be told for the nuclear weapons facilities at Savannah River in North Carolina and Oak Ridge in Tennessee, which hushed up criticality accidents while contaminating nearby air and water.

There are three reasons these Cold War nuclear facilities turned into such environmental catastrophes. First, the Cold War American state, fixated on winning the arms race, put a premium on beating the Soviets at all costs. Producing uranium, plutonium, and weapons components was a higher priority than protecting the health of nearby residents or the workers at the plants, a disproportionate number of whom died of cancer. Ironically, since 1945, American nuclear weapons, intended to keep the country safe, have mainly killed Americans.

A second factor was state secrecy. As leading Cold War public intellectuals such as Daniel Patrick Moynihan and Edward Shils argued, abuse thrives in the dark, and Cold War secrecy provided much cover of darkness to places like Hanford. For decades, government officials and the contractors that ran the plants were able to deflect civilian regulators, nosy journalists, local citizens, even congressmen, by hiding behind the skirts of national security. Officials defined vital nuclear secrets expansively, to include not just the design and deployment details of weapons, but also the secret harms inflicted on Americans through their production. Anyone who revealed the extent of contamination risked losing his clearance or being incarcerated. The harms concealed at production facilities were mostly caused by accidents and bureaucratically ingrained negligence, but they were sometimes deliberate—as in the now infamous 1949 “Green Run,” when Hanford deliberately released a substantial invisible cloud of radioactive iodine and xenon to see how it would disperse.

Finally, we should not underestimate how novel and complex nuclear technology was in the early decades of the Cold War. Physicists, engineers, and technicians were still learning how the technology worked, how esoteric radioactive materials behaved in a range of conditions, and how toxic waste products were absorbed into the environment. As in any endeavor, you learn by making mistakes. Unfortunately, those mistakes left a legacy of contaminated Cold War production sites around the country that are beginning to look like a permanent archipelago of national sacrifice zones. “Will Hanford ever be cleaned up?” was the title of a 2013 Seattle Times article noting how little progress had been made after spending $36 billion on cleaning the site.

If the pathology of the Cold War was secrecy and an atmosphere of emergency, we have the opposite pathology now. Department of Energy websites catalogue the contamination in great detail—after all, the more contaminated the site, the more money Congress should provide to clean it—and official timelines for cleanup stretch interminably beyond the lifetimes of many living Americans. In a perverse way, radioactive contamination has gone from a shameful secret to be concealed to an asset to be milked. The cleanup campaign is becoming like the counterinsurgency campaign in Afghanistan, America’s longest war. It takes place on the periphery of American public vision; it greatly enriches contractors; and there is always light at the end of the tunnel, but the only way we get near the light is when the tunnel collapses.

Hugh Gusterson is a professor of anthropology and international affairs at George Washington University.