Noting that the fearless Dick Gregory had mocked the Outfit as "the filthiest snakes that live on this earth," J. Edgar Hoover wrote a memo to the special agent in charge in Chicago, Marlin Johnson, telling him to "neutralize" Gregory. 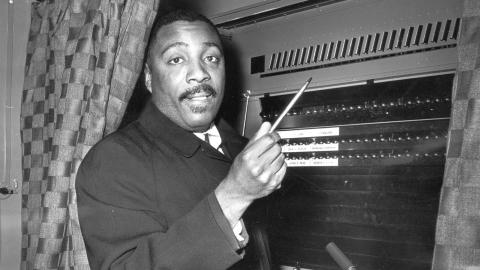 Comedian and civil rights activist Dick Gregory — who died this weekend at 84 — famously quipped when he ran for president in 1968 that, if he won, "the first thing I would do is paint the White House black."

It was a joke, of course. George Wallace, the segregationist former Alabama governor who placed third in the 1968 election, got more than 200 times as many votes as Chicago-based Gregory, a write-in candidate.

But FBI director J. Edgar Hoover wasn't taking any chances — he considered Gregory such a threat that he ordered the Chicago office of the FBI to enlist the Outfit in an effort to "neutralize" the comedian during the race.

Noting that the fearless Gregory had recently mocked the Outfit as "the filthiest snakes that live on this earth," Hoover wrote a memo to the special agent in charge in Chicago, Marlin Johnson, telling him to "consider using this statement in developing a counter-intelligence operation to alert La Costra Nostra (LCN) to Gregory's attack on LCN."

In another memo, Hoover urged Johnson to "neutralize" Gregory, adding that "sophisticated, completely untraceable means of neutralizing Gregory should be developed." Johnson wrote back to Hoover that "Chicago is continuing to give the matter of discrediting Gregory top priority."

Gregory, who also ran as a write-in candidate for Chicago mayor in 1967, was stunned when the Chicago Tribune revealed the memos to him in 1978. "This piece of paper has the director of the most powerful police agency in the history of the planet proposing to contact the Mafia so that they could work together," he said.

Beyond his forceful advocacy for African-Americans, Gregory's "crime" appears to have been criticizing the president and publicly discussing Hoover's habit of using opponents' sex lives against them.

A trawl of the archives shows that Gregory frequently butted heads with law enforcement and the Democratic machine in Chicago in the 1960s. Arrested at multiple sit-ins, he was hosed down by Mayor Richard J. Daley's Bridgeport neighbors, who turned their sprinklers on him and chanted "2, 4, 6, 8, we don't want to integrate!" when he led a march against racism in schools on Daley's home (Daley later turned down the chance to celebrate "Dick Gregory Day" with the black mayor of Gary).

In his book, "Write Me In," he complained that the machine stymied his campaign for mayor by placing the pencils used to write in candidates' names on long strings that could be seen beneath the curtain of the voting booth.

And he recalled a notorious incident in which, to support his presidential campaign, he issued fake dollar bills with his photograph on them. The bills were good enough to fool vending machines of the time, prompting an FBI and Treasury Department probe that landed Gregory in hot water. Gregory beat the case, he said, by telling them, "Until you have money with black people on it, don't tell me that looks like American money!"

Fans wanting a memento of Gregory can find the phony dollar bills for sale on eBay, where they were advertised Monday for as much as $49.99.