Police Militarization is a Threat to Tribal Sovereignty

What would a police officer do with a grenade launcher? While the notion may seem wild, we’re about to find out. 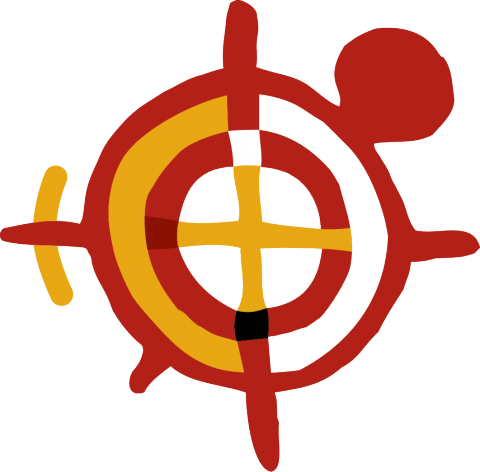 Congress initially authorized the Pentagon to give surplus military gear to police in 1990 to help fight the drug war, but complaints about the militarization of police and the belief that it tends to escalate police violence rather than curb it were continuous and bipartisan. Then, after police responded to Black Lives Matter protests in Ferguson armed to the teeth and deploying vicious dogs and tear gas onto civilians while brandishing loaded assault rifles, President Obama limited the military surplus program via executive order.

While running for President, Trump promised the Fraternal Order of Police that he would do away with Obama’s executive order and revive the military surplus program in exchange for their endorsement. Now Donnie and company are ready to provide your local police department with bayonets, armored vehicles, grenade launchers, weaponized aircraft, and .50 caliber ammo that could drop an elephant.

Trump wants to be viewed as a Law and Order President. His administration, along with Justice Department Head Jeff Sessions are claiming that militarizing police will, “help state, local, and tribal law enforcement better protect public safety and reduce crime.”

After seeing law enforcement’s reaction to the effort to stop the Dakota Access Pipeline at Standing Rock, I have concerns- and yes, that is an understatement.

Police are being armed like the military without receiving the compulsory military training that soldiers in the armed forces who normally utilize said gear receive. Forgive me if I have questions about Barney Fife’s capacity to properly operate a .50 caliber assault rifle or weaponized aircraft, specifically around unarmed private citizens.

What we saw at Standing Rock took place before this military surplus program was returned to full potency, and the brutality law enforcement inflicted on unarmed water protectors with water cannons, rubber bullets, mace, and flash bang grenades among other things was already completely inappropriate and unnecessary. There’s no doubt in my mind that should these confrontations between U.S. civilians exercising their first amendment rights and police who are essentially acting as private security for corporations and are now armed for war, innocent people will die. I cannot help but think of Wounded Knee, when the 7th cavalry surrounded an encampment of Lakota with Hotchkiss guns and massacred hundreds, including women and children.

While many like to pretend that the police treat all people the same, statistics say something different. Natives are more likely to be killed by police than any other group.

Likewise, one only need review law enforcement’s virtually nonexistent response to Nazis beating black people in the street during their Charlottesville protest and compare that to pictures of unarmed water protectors at Standing Rock with their eyes, arms, and legs blown up by police, just for being present mind you, to understand there’s a clear difference in how law enforcement treats us.

I’m also witnessing a growing narrative being shoveled into mainstream media by the alt right and big oil; in a recent lawsuit, Energy Transfer Partners calls water protectors and their supporters “eco-terrorists.” Proponents of Trump’s order that serves to militarize police point to a perceived need to take up arms against domestic terrorists. Anyone who fights to stop the encroachment of big oil on tribal lands may be painted a terrorist by these groups to encourage and justify their suppression, imprisonment, and even death.

The Trump administration has articulated an interest in privatizing reservations for the express purpose of freeing us from our natural resources, including oil and gas reserves. We already know that Trump was a Dakota Access Pipeline investor, and that he is open to using eminent domain to seize lands for private businesses. He remains unbothered about conflicts of interest and seems to take no issue with using his office to enrich himself and those close to him. There are parties that will certainly benefit from the enacting of this order. Mercenary firms are in the business of militarizing law enforcement. Let’s just say it is “Tigerswan” friendly.

Should we continue on this current path, we may once again see Natives and federal and state forces at war over the conquest of our traditional homelands. We have already seen they are willing to force us to accept risks to our bodies, land and water that they will not. The militarization of police is not just a public safety concern; it could be used to help dismantle tribal sovereignty.