It’s worth noting how much the five Republican appointees on the Court would have to put their thumbs on the scale to rule in favor of the employers.

October 7, 2017 Andrew Strom On Labor
Printer friendly
The Epic Systems Oral Argument Did Not Go Well for the Employers (Though it May Not Matter) Published October 7, 2017 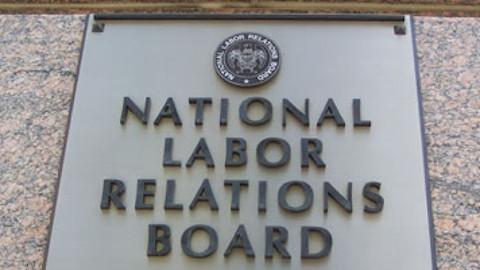 The employers in the consolidated cases of Epic Systems Corp. v. Lewis, Ernst & Young LLP v. Morris, and NLRB v. Murphy Oil USA, Inc. hired Paul Clement, one of the most formidable Supreme Court advocates, to present their oral argument, but even he couldn’t parry the barrage of sharp questions from Justices Breyer, Ginsburg, Kagan, and Sotomayor.  Deputy Solicitor General Jeffrey Wall didn’t do any better.  Of course, it may not matter if those four Justices can’t find a fifth vote.  But it’s worth noting how much the five Republican appointees on the Court would have to put their thumbs on the scale to rule in favor of the employers.

In each of these cases, workers were required to sign an agreement that any legal claims against the employer would be subject to arbitration, and that in no circumstances could two or more workers combine their claims in the same case. Clement started his argument by insisting that Section 7 of the National Labor Relations Act, which gives workers the right to engage in “concerted activities for the purpose of … mutual aid or protection” is limited to “collective action by the employees in the workplace.”  As Justice Kagan pointed out, the Court “said the opposite in Eastex.”  In Eastex, the Court held that an employer violated the NLRA when it prohibited workers from distributing a newsletter calling on fellow employees to support candidates for political office who favored increasing the minimum wage.  The employer in Eastex argued that Section 7 only protects activity within the scope of the employment relationship.  The Court rejected this argument, finding no support for the “view that employees lose their protection under the ‘mutual aid or protection’ clause when they seek to improve their lot as employees through channels outside the immediate employee-employer relationship.”

Having lost that round, Clement then shifted gears and asserted that once workers get to court or arbitration, they are subject to the rules of the forum.  But Justice Breyer pointed out that this is not what was happening in any of these cases.  It wasn’t the rules of any forum that were barring the workers from pursuing their claims as a group, it was the agreement the employer required them to sign.

Clement then pulled out what he clearly thought was his big gun.  He pointed out that in Circuit City v. Adams, a 2001 case where the Supreme Court first held that the Federal Arbitration Act applies to employment contracts, no one argued that it would be illegal under the NLRA for an employer to require workers to arbitrate their claims.  Of course, there’s a really good reason why no one made that argument in Circuit City.  The agreement at issue in Circuit City did not contain any language barring workers from joining their claims together in the same arbitration proceeding.  The problem with the agreements imposed by all three employers in the case before the Court is not that they require arbitration, but that they prohibit all class or collective claims.

Having tried to mislead the Court about Circuit City, Clement then deceptively asserted that the NLRB itself doesn’t have class action procedures.  It isn’t clear what point Clement was trying to make, since no one is claiming that there is a Section 7 right to bring any particular claim as a class action, but later in the argument, the NLRB’s General Counsel, Richard Griffin, explained how this was simply a matter of semantics.  In fact, a single worker, or a group of workers, or a union can file a charge with the Board on behalf of a large number of employees, and then the Board’s general counsel will proceed on behalf of the group, obtaining relief for all affected workers.

Then, Justice Kagan delivered what, by all rights, should have been the knockout blow.  Reading from the Norris LaGuardia Act, she pointed out that the statute provides that “any undertaking or promise in conflict with [essentially the language in Section 7] shall not be enforceable in any court.”  As she put it, “so what about that?”  All Clement could muster in response was “so that assumes the conclusion.”  But Justice Kagan answered that it only assumes that the workers were engaged in action “for mutual aid or protection,” something that was hard to dispute.  Clement then once again tried to claim that the prohibition against class or collective claims was a rule of the arbitral forum rather than a rule imposed by the employers.  This is simply untrue.

Jeffrey Wall, speaking for the Trump Administration on behalf of the employers, had no better answers for the Justices.  When he made the point that the NLRA can’t give workers a right to proceed as a class in violation of the Federal Rules of Civil Procedure, Justice Breyer asked him about the situation where two workers just try to join together to have their case heard in the same arbitration proceeding.  When Justice Breyer asked what Wall would think about a rule that would bar an employer from raising an agreement as a defense to a collective claim, Wall suggested that they were on the same page, which, if true, would mean that the Trump Administration had switched sides in mid-argument.  Justice Alito tried to help the employers out by asking if Wall had a better answer than Clement to the Norris LaGuardia issue.  It turns out he didn’t.  And once again, Justice Kagan finished up with the toughest question.  She asked whether an arbitration agreement that said the employer would pay the arbitration costs of men but not women would be enforceable.  Wall answered that he would have no trouble concluding that Title VII would prevent enforcement of such an agreement.  When pressed to explain the difference between Title VII and the NLRA, Wall responded that “it is not a fundamental attribute of arbitration to discriminate on the basis of race, age, or gender.  It is a fundamental attribute of arbitration … to pick the parties with whom you arbitrate.”  But the same cases that hold that parties may specify with whom they will choose to arbitrate, also provide that parties may agree on the rules under which any arbitration will proceed.  So, if an employer imposed one set of rules on female employees and a different set of rules on male employees, the rules the employees agreed to could similarly be described as a fundamental attribute of arbitration.

At one point in the argument, Justice Breyer said that the only way the employers could win would be by “undermining and radically changing” understandings that have gone back to the New Deal (though actually the Norris LaGuardia Act predates the New Deal).  It used to seem obvious that an agreement requiring workers to waive their rights under the NLRA would be unenforceable.  We’ll know in a few months whether that is still the case.