Immigrant communities throughout California led the fight for legislation that does away with deportation practices, such as local police arrests for "civil immigrant warrants", and helps ensure that spaces like schools, health facilities, courthouses and other spaces are safe and accessible to all. 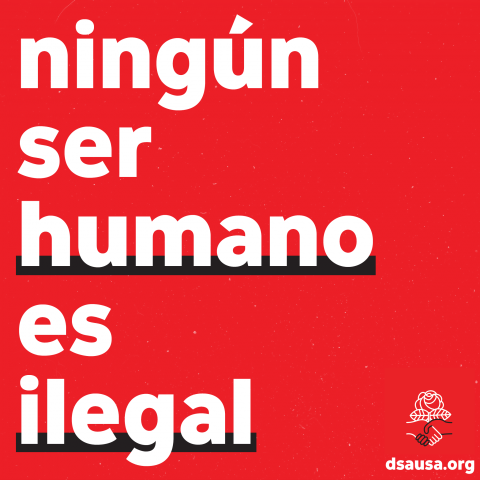 California Governor Jerry Brown signed into law SB 54 on Thursday Oct 5, the "California Values Act", which built upon the landmark Trust Act to help protect California immigrant residents from deportations. It is commonly known as the “Sanctuary State” act.

Immigrant communities around the state led the fight for the bill, which is considered a "foundation" for additional legislation. The bill was amended to include criticisms and restrictions insisted upon by Governor Brown.  This sanctuary state act contributes to building community and state-level resistance to the White House attacks against the growing "sanctuary" movement among communities, institutions and local and state governments in California.

As signed, the bill does away with several local deportation practices, such as local police arrests for "civil immigrant warrants", and it helps to ensure that spaces like schools, health facilities, courthouses and other spaces are safe and accessible to all.

State Senate President Kevin de Leon, the lead author of the bill said, “With today’s signing of SB 54 into law, one of the most important parts of that legal wall of protections is now in place. Donald Trump and Jeff Sessions will not be able to use California’s own law enforcement officials in an effort to round up and deport our fellow Californians.”

The law will go into effect January 1, 2018. Elements of the bill are already in place in numerous cities throughout the state.

Throughout his campaign and in his tenure as president, Trump has tried to make this connection, showcasing the relatives of people killed by immigrants in the country illegally. One of his earliest executive orders put cities and counties on alert that they would lose federal funding if law enforcement did not cooperate with immigration agents. SB 54 prohibits most ( not all) city and county governments from cooperating with ICE.

Brown and Democratic lawmakers have passed additional  legislation to extend financial aid, healthcare and driver’s licenses to thousands of unauthorized immigrants. Other bills signed by Brown on Thursday would prevent some cities and counties from adding beds to immigrant detention centers, and would extend housing protections for immigrant workers and tenants.

Many cities, most notably San Francisco, Sacramento,  and most recently Los Angeles, have cut ties with federal immigration officials and sought to build up social services for families, including city-funded legal aid.

Senate President De León defended the final version of the bill, saying it still accomplished his initial objective to prevent California resources and police from being “commandeered” for Trump’s policies.

“California’s local law enforcement cannot be commandeered and used by the Trump Administration to tear families apart, undermine our safety, and wreak havoc on our economy,” de Leon said at a news conference in Los Angeles where he denounced Trump and criticized his policies as “racist and xenophobic.”

"SB54 will negatively impact ICE operations in California by nearly eliminating all cooperation and communication with our law enforcement partners in the state, voiding the delegated authority that the Orange County Sheriff’s Office has under the 287g program, and prohibiting local law enforcement from contracting with the federal government to house detainees.

ICE will have no choice but to conduct at-large arrests in local neighborhoods and at worksites, which will inevitably result in additional collateral arrests, instead of focusing on arrests at jails and prisons where transfers are safer for ICE officers and the community. ICE will also likely have to detain individuals arrested in California in detention facilities outside of the state, far from any family they may have in California."

The Los Angeles DSA Sanctuary Working Group and other California DSA chapters including the Sacramento, and East Bay chapters worked with the DSA Immigrants’ Rights Committee activists and a wide variety of pro immigrant groups to support passage of SB 4 consistent with DSA policy adopted at the recent convention. Sanctuary city battles are active in several places around the country.  Legislation in opposition to sanctuary status has been advanced in Texas with SB 4, and adopted as law in several southern and Republican led states.  Support materials and organizing ideas for DSA members working on sanctuary campaigns are available from the DSA Immigrants’ Rights Committee.

Duane Campbell is a professor emeritus of bilingual multicultural education at California State University Sacramento, a union activist, and past chair of Sacramento DSA. He serves on the Immigrant Rights Committee of DSA’s Anti Racism Working Group. The committee can be reached at antiracism@dsausa.org.