film We Get It. It’s Harvey Weinstein’s News Cycle. But What About Our Black Girls?

November 7, 2017 Ida Harris The Root
Printer friendly
We Get It. It’s Harvey Weinstein’s News Cycle. But What About Our Black Girls? Published November 7, 2017 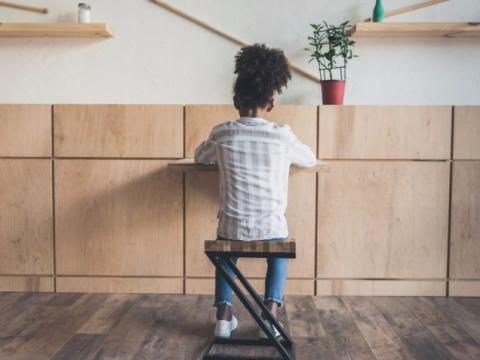 The purge had been a healthy choice—that is, until national news infiltrated my timeline, the Twitterverse and the whole-ass webosphere with film executive Harvey Weinstein’s alleged history of rape and sexual assault against women he worked with. Not long after, Kevin Spacey, lead actor of Bryan Singer’s The Usual Suspects, entered a band of unusual suspects—grown-ass men accused of sexually preying on children. Spacey apologized to his accuser, actor Anthony Rapp, who was 14 years old at the time he says he was assaulted, for “what would have been deeply inappropriate behavior”—behavior that Spacey doesn’t quite recall.

While all of this news is disturbing, none of it hits close to home like the more obscure, resurfacing news of R&B musician R. Kelly and his alleged bizarre sexual practices and undying affinity for underage black girls. Apparently, the victimization of young black girls is not newsworthy enough for the mass media or the court of public opinion to be engrossed or enraged at Weinstein levels. Both treat the sexual assault of black girls as if it were hardly news at all. To a fault, they are right. The predatory sexualization of young black girls is so ubiquitous, it is damn near an accepted social and cultural norm.

The system of slavery helped us arrive at this place, where black girls are denied humanity. In captivity, their bodies were perpetually preyed upon. In bondage, they were much more than field hands and domestics. Not only did they have the duty of being medical lab rats, as was the case of Anarcha, Betsey and Lucy—three slave girls used for gynecological experimentation by physician J. Marion Sims—but they were also forced to sexually perform as bed wenches and breeders.

In the most profound case, an enslaved Sally Hemings bore six children by her master, Thomas Jefferson, the first at age 15—when he was 43. Because Jefferson kept her close, in a bedroom adjacent to his own, many historians make the mistake of romanticizing Hemings and Jefferson’s relationship as some enchanting antebellum love affair, but we must be clear of its obvious implications. The dynamic between slaveholder and slave is one of absolute power. A sexual relationship between a fully grown man and an adolescent child is absolutely salacious. It is statutory rape—albeit sanctioned by the laws of the land at the time.

And although white supremacist, capitalist patriarchy serves as a springboard for society’s well-established disregard of young black girls, the slave code ended 152 years ago. We all should know better and do better—especially the black community.

Growing up between the late 1980s and early ’90s, during the peak of the crack era, it was not uncommon to see fresh, baby-faced girls in the company of men who were well into their mid-20s or older. The practice of courting minors was not exclusive to any particular demographic of men. It included the dopes, the pushers, the addicts, everybody—and for the most part, they all had short eyes. These sexual predators, in the heart of many hoods, exacted power over teenage girls through fast cars, money and drugs.

According to the Connecticut Alliance to End Sexual Violence, approximately 40 percent of black women report coercive sexual contact by age 18.

I am no stranger to this lifestyle.

I know firsthand about having one’s virginity pounded into extinction, at the age of 14, for a pair of Reebok 54-11’s and a pair of gold bangle earrings—compliments of a 23-year-old fan. I was finessed. It was like taking candy from a baby, and it was also euphemized rape. Not one rational adult intervened.

Sexual predation, for many black girls, starts long before the age of sexual awareness. They become innocent victims in their own households, social settings, churches and schools under the guise of supervision. These girls are preyed upon by family members, community leaders, religious figures and educators. In a lot of cases, they are disappointed in and dismissed by adults they should be able to trust.

Some are victim-shamed; others are disbelieved or silenced by threats, like those the now-13-year-old alleged victim of Jelani Maraj, the brother of rapper Nicki Minaj, describes; those experienced by 18-year-old Anna Chambers, who tells of having been sexually assaulted by two New York City police officers while detained; and those made against the unprecedented number of girls whose names we do not know—yes, #ThemToo.

Sexual violence is projected onto black girls at a higher rate than it is onto other races and ethnicities. In the Fourth National Incidence Study of Child Abuse and Neglect:

These facts are hella disturbing and reflect a culture of sexual violence against black girls that remains crickets as fuck. Where’s the community outrage? Where is the overwhelming media coverage? For black girls, there is no black collective rallying against these crimes. There is no public shaming or takedown of sexual violators, because society gives zero fucks, and the black community protects its villains and devalues its girls.

Tarana Burke, founder of the #MeToo movement—an initiative that supports young women surviving sexual assault—agrees that in the black community, the value of girls is at an all-time low. “We all have to be accountable for how we view and protect and cast our black girls,” Burke says.

In a phone interview, she expressed that “the world diminishes black girls and the black community upholds it.” This flagrant attitude toward young black women is the very thing that keeps R. Kelly in business and away from major media attention.

Burke makes it clear that Weinstein and Kelly are of the same ilk. She notes that while the former receives a national flogging for sexually assaulting grown white women, the latter continues to get away unscathed for alleged sex crimes against underage black girls. Black people’s allegiance to Kelly is reflective of how the black community celebrates its villains, and hints at the lack of value placed on young girls.

“Black people have to shift their way of thinking when it comes to black girls. We have to believe our young girls and recognize when they’ve been violated. Support them.” - Tarana Burke

As simple as it seems, Burke’s statement is a whole-ass word.

But what statement is Snoop Dogg making when he features R. Kelly at his wife’s birthday event? What do his actions convey to young black girls?

Instead of inviting predators to the barbecue, Sunday dinner and birthday bashes; instead of calling out a high-profile Hollywood rapist, perhaps we should be as vigilant in calling out our own. As Burke puts it, “Kelly belongs to us. He is ours to deal with.”

We must begin to fully reckon with that dealing. That also goes for those uncles who we know have their own Weinstein-length histories of fondling pubescent nieces; brothers who overpower young sisters, as actor Kevin Spacey allegedly did his victim; friendly neighbors who stalk our girls’ bodies; Ahk and them from the corner bodega, who bribe young daughters into storeroom closets; hustlers who pick and pluck them; pimps who turn them out. Like Robert Kelly, they ain’t shit.

When we seek accountability from others, perhaps we hold ourselves accountable as well, for aiding and abetting, for being quiet, for turning blind eyes to those in close proximity. ’Cause at the end of the day, if we’re going to normalize pedophilia and sexual misconduct in our own spaces, perpetuated on our own girls, then we must acknowledge our own complicity—admit that we, too, ain’t shit.

Justification for that type of foul ain’t justice at all. If we stop letting heathens off the hook for sexualizing our babies, then perhaps we can stop blaming our babies for being sexualized.

[Ida Harris is aiight with standard English but poetic with black vernacular. She’s known to fuck up some Oxford commas. She writes for MyBrownBaby.com, DAME magazine and USA Today’s AllTheMoms.com.]