The Fight for Free Time

The demand for fewer working hours is about liberation — both individual and collective. 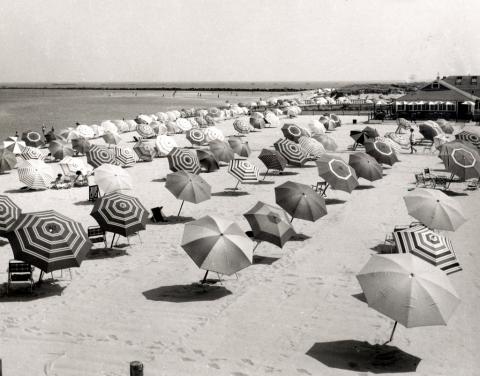 Last month, Germany’s largest union, IG Metall, launched a campaign with deep historical roots. The union — which represents 2.3 million manufacturing workers — is using annual wage negotiations to call for a reduction in the standard workweek, from thirty-five hours to twenty-six, arguing it would allow workers to, among other things, care for children and elderly relatives. With the initiative, IG Metall has returned to one of the union movement’s most hallowed — and traditionally successful — issues: free time for workers.

Free time, as IG Metall argues, is essential for basic dignity; to care for ourselves and our communities, we need time away from generating profit for employers. Just as importantly, we need it to realize our human potential. Our ability to think independently, experience romance, nurture friendships, and pursue our own curiosities and passions requires time that is ours, time that belongs neither to the boss nor the market. At its core, the campaign for fewer working hours is about liberation, both individually and collectively.

Surprisingly, it has long ceased to be an issue that graces political platforms in the US, even on the Left. It wasn’t always so. “The length of the workdays,” labor historians have argued, “has historically been the central issue raised by the American labor movement during its most dynamic periods of organization.”

The martyred radicals at Haymarket were fighting for the eight-hour day (“eight hours for work, eight hours for rest, eight hours for what we will,” the slogan went in those years). During the Great Depression, amid significant labor strife, an abortive attempt was made at the federal level to trim the workweek to thirty hours. For decades, American labor saw in the struggle for free time the demand that could unite skilled and less-skilled, employed and unemployed.

Today, we should reclaim that heritage. Reducing working hours while raising living standards should be one of the central, guiding issues on the Left.

The reasons free time fell by the wayside are myriad and complex. Historian Benjamin Kline Hunnicutt notes that in the US, postwar consumer culture, the expulsion of radicals from unions, and labor’s pivot toward embracing economic growth as the engine of prosperity all militated against emphasizing the politics of time.

The rise of neoliberalism didn’t help either. Generations of workers have been inculcated to believe that the basic expressions of humanity can be deferred or purchased, and that working harder and longer is the ticket to a fulfilling life. Keep grinding through the employment tournament bracket, and you can pay (individually) for premium child care, negotiate for vacation time, then retire prematurely and cash in your investment properties to leave something to your heirs. Many unions embraced this new attitude; several still advocate for increased hours rather than for making employers compensate members more for the hours worked.

Today, however, with wages flat and precarious employment often the norm, many people, particularly those at the beginning of their working lives, no longer toil under the illusion that putting in more time is the key to dignity and happiness. How could it be, when decent pensions are a thing of the past? When the boundaries between working and non-working time require constant negotiation? When the push and pull of whether to work more is always on our minds — whether to pick up one more Lyft fare, whether to cover an extra shift at the hospital, whether to agree to grade fifty psych 101 exams over the weekend?

Within this context, many pockets of the Left are humming with discussions of time and temporality; “late capitalism,” “post-work” futures, and “accelerationism” have become familiar phrases. These discourses are valuable. But because actual goals in these discussions often remain in the realm of the abstract or far, far in the future, such rhetoric, on its own, does not provide adequate tools for movement-building. Furthermore, because these ideas tend to circulate in academia and other small circles, they often bypass most working people, however attractive the ideas themselves might be. In other words, those old rascals, theory and practice, like twin toddlers running in opposite directions, need to be wrangled and brought together.

In the immediate term, we should be fighting for things like shorter workweeks, steeply increased overtime pay, lower retirement ages, expanded social security, family leave, paid vacation, paid sick leave, child allowances, and sabbaticals. All of these are aimed squarely at reducing profit-motivated working hours and improving workers’ self-determination and material conditions. They are tangible, achievable goals that can be built upon. And they have the ability to bring together a variety workers and non-workers. We can achieve full employment, for instance, by pruning working hours and spreading them out between more workers. We can unite the home health care worker and the pensioner by expanding social security.

On the more theoretical side, there is a major rhetorical battle to be fought over notions of work as a source of meaning. And that means thinking more deeply about free time, and how we would spend our lives in a society with many fewer hours on the job.

Under global capitalism, free time is often punitive; plenty of people already have ample amounts of it, from refugee-camp dwellers to the unemployed. And the opioid and methamphetamine crises make clear that without proper resources and social networks, free time can be the opposite of liberating. But money, on its own, isn’t the answer. One need only look at Kim Dotcom’s “Good Life” video or the “money diary” of someone on a $1,250,000 salary in Los Angeles to glean the dispiriting vapidity of expanses of time filled with commodity consumption. Meanwhile, capitalism has been rather crafty in pervading what little free time we have with the same urges to produce and measure that we associate with the workplace.

Clearly, then, it remains essential to articulate a positive vision of what free time could look like and how it could be resourced. Movements will hit a dead-end without a compelling vision of a better future; building this vision is where theory and practice come together.

In this, we can take inspiration from abroad.

It’s no coincidence that IG Metall feels emboldened to push for reduced hours — it was the very union that secured the thirty-five-hour week.

But it would be a mistake to assume its battle is a particularly European one. Time and again, the American labor movement has taken up the struggle to reduce the workweek and expand workers’ freedom. It has recognized the potency of a demand that not only imagines a world where people have more control over their lives, but one that builds the bonds of solidarity by uniting the interests of workers and the unemployed, highly skilled and less skilled, foreign-born and native.

The moment is again ripe to mobilize and claim for ourselves as much of our mortal time as we can.

Miya Tokumitsu is a contributing editor at Jacobin and the author of Do What You Love: And Other Lies About Success and Happiness.