food Restaurants, hoping to attract the hip and finicky, bet on an Instagram-worthy eating experience

Food establishments are actively catering to users seeking 'Instagrammable' moments, where an photo-op worthy experience is virtually as important as the food itself 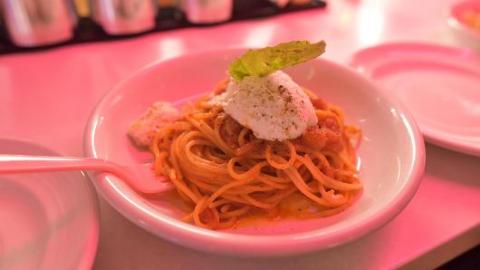 In Manhattan's bustling and picturesque North of Little Italy (Nolita) neighborhood — one of the city's hippest and popular residential areas – rows of cozy restaurants and decorative street almost make random passersby wonder if they've been transported into an Instagram photo.

As it happens, much of that is by design. According to business search site Yelp, the company has seen a spike in users searching for restaurants or foods that include the word "Instagram" over the past two years. For the month of August, Yelp recorded more than 3000 searches related to the picture-sharing site – compared to only 100 in May of 2015.

Carl Bialik, Yelp's data science editor, told CNBC in a recent email that the Instagram effect is relatively small, yet still a "fast growing" segment of its searches.

With the platform home to more than 700 million unique visitors, Yelp's findings are a function of how food establishments are actively catering to users seeking 'Instagrammable' moments, where an photo-op worthy experience is virtually as important as the food itself.

"It has become a platform in its own right, [and restaurants] have to think about how things are going to look on Instagram,' said Laureen Moyal, partner and branding expert at Paperwhite Studio, which has helped niche eateries go viral on social media. "Not considering it would be a huge mistake."

The shift to social media arrives at a time when restaurants are struggling with ferocious competition and declining visitors. Recent data from market research firm The NDP Group showed that traffic growth for dine-in establishments has been stale in the past year, a dynamic that's likely to persist.

For their part, restaurants are responding to the demand by adjusting lighting to photo friendly levels, and creating aesthetically pleasing environments.

Take Pietro Nolita, a "healthy Italian" Manhattan restaurant, which features all pink designs and catchy phrases that have helped lure customers from around the world. It also has a hefty Instagram following of nearly 19,000 after a year in business.

"I get a lot of love from Instagram," owner Pietro Quaglia told CNBC. He recounted how a tourist from Australia had a granddaughter who saw his Instagram-famous pink shirts online, and wanted one.

Born and raised in Milan, Quaglia wanted to open an Italian restaurant that felt like home and embodied the principles of his mother's cooking. His restaurant's décor reflects the current millennial obsession with all things pink, and his own Italian roots that reminded him of home.

Still, not everyone is happy with popular restaurants on Instagram, and sometimes it can invite lots of unexpected headaches. Cookie Do, a New York eatery with more than 180,000 Instagram followers, was recently slapped with a class-action lawsuit that claims the company's health-conscious ingredients make people sick.

Separately, a flippant Instagram post about a bullet hole landed the owner of Summerhill, a Brooklyn bar, in hot water with her neighbors — all of which underscores how social media can be equal parts blessing and curse for businesses that rely too heavily on them.

Sometimes, the Instagram hype falls short of reality. Dalila Thomas, the Texas-based founder and editor at "Starving On a Budget," told CNBC in a recent interview that the engineered perfection "gets old," especially if the food is lackluster.

"Everything in Dallas requires driving about 25 minutes away and when you get there, you wait, and sometimes [the food] is not good," she said. Instead, Thomas prefers local restaurants that may be social media savvy, but have solid menu fare.

Still, some establishments have learned to leverage social media to their advantage. One of those is Chicago-based Nini's Deli, which uses used social media to take a 40-year old local legacy international.

"Last summer, I met people from Taiwan; we have customers from London, Paris, and Mexico City," Juan-Elias Riesco, who manages his parent's deli, told CNBC recently. The 25 year old uses his background in graphic design and photography to enhance the shop's social media cachet.

"When they first opened up in 1980, all of their business was local, and they did really, really good," Riesco said about his parents, who are from Mexico and Cuba. Today, the shop has over 11,000 Instagram followers, dozens of international visitors annually, and regularly hosts celebrities like Vic Mensa and Lupe Fiasco.

Christine Couvelier, a food trend analyst, said that restaurants have to be creative to snag fickle eaters, while consumers will "want to food where they feel like the chef 'knows them.'"

Yet at least one restauranteur thinks full-service restaurants will be a thing of the past.

"I've been focusing on creating fast-casual restaurants…that feel as if they're at a fine dining restaurant" — but where they actually pay bargain prices, said Samantha Wasser, founder of By Chloe., a locally sourced NYC vegan restaurant. "People don't really need to be waited on anymore."

CORRECTION: Yelp saw a rise of around 3000%, or a 30-fold, rise in Instagram-related searches in the month of August compared to May 2015. An earlier version of this story misstated the increase percentage.