The Paradise Papers, Elite Universities, Endowments, Tax Avoidance, and The Engines of Inequality 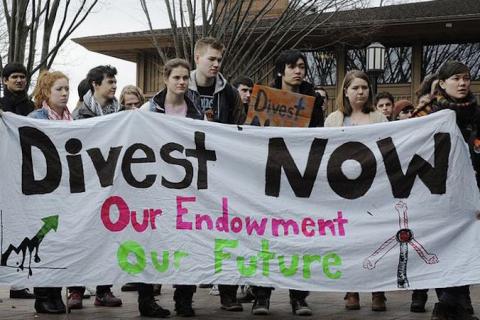 American social mythology, at bottom, revolves around a simple proposition: obtain a quality (i.e., elite and exorbitantly expensive) college degree, and once you matriculate, you’ll be clutching a golden ticket to success, public esteem, and prosperity. That’s why, when he delivered his first State of the Union address in the face of the worst economic crisis since the Great Depression, Barack Obama sternly announced that “it is the responsibility of every citizen” to embark on the path to higher learning: “And so tonight, I ask every American to commit to at least one year or more of higher education or career training.” It’s also why, for all his well-documented contempt for various cultural elites, Donald Trump never misses a chance to remind anyone within earshot of how very impressive his Ivy League credentials are—even as he routinely lies about his own academic performance as a Penn undergrad.

Here’s the thing, though: the idea that a fancy education will supply the skeleton key to the good life is a bald-faced lie. We see social mobility (itself in long-term freefall in these United States) increasingly dissociated from the procurement of elite academic credentials. And A-list colleges, liberated from the embarrassing pantomime of even having to seem like bulwarks of equal opportunity, now devote scarcely any of their lavish endowments to the cultivation of our fabled American can-do spirit, let alone to the fair distribution of wealth on a wider scale. Instead, they are engines of inequality, and along the way, they happen to furnish large-scale investors with a briskly administered—and an agreeably virtuous-sounding—global scheme of tax avoidance.

Do I exaggerate? Consider the trove of evidence shaken loose under the auspices of the Paradise Papers—a leak of millions of compromising documents that concern the doings of Appleby, a Bermuda-based law firm specializing in offshore tax avoidance. According to a recent New York Times story on collegiate financial legerdemain, Appleby has assisted many a big-ticket college in crafting what are known as “blocker corporations”—so named because they block the taxes university endowments would otherwise have to pay on certain investments. While “blocker” is a suitably campus-friendly term, conjuring up storied football rivalries between Princeton and Yale, a more honest appellation would be something like “capital flight” or “mob front,” per Times reporter Stephanie Saul:

as endowments have sought greater investment returns in recent years, they have shifted more of their money out of traditional holdings like United States equities to alternative, potentially more lucrative investments. These include private equity and hedge funds that frequently borrow money, opening them up to tax consequences.

When schools earn income from enterprises unrelated to their core educational missions, they can be required to pay a tax that was intended to prevent nonprofits from competing unfairly with for-profit businesses.

But just throw a blocker into the mix, and presto: by “establishing another corporate layer” in their operations, university administrations can make all those pesky tax liabilities vanish in an instant. Instead of accruing to the host institution, the “tax is instead owed by the [blocker] corporations, which are established in no-tax or low-tax jurisdictions like the Cayman Islands or the British Virgin Islands.”

The blocker subterfuge permits universities to dodge the flak they’d otherwise field from activists for controversial entries in their portfolios.

And make no mistake: while the number of heavyweight higher-ed outposts joining in on blocker funds may be comparatively small, they represent a hugely outsized segment of the market. Nearly three-quarters of the estimated $500 billion sloshing around in university endowments belongs to just 11 percent of the colleges and universities in the country. So not only are our institutions of higher learning delivering a defective consumer dividend, in the form of stalled social mobility and metastasizing student debt—the college system is a de facto cartel, ensuring that the already very rich are ideally positioned to grow richer still, at the expense of everyone else. As Dean Zerbe, the former tax counsel to the Senate Finance Committee, told Saul, the concentration of university wealth is “overwhelmingly weighted towards the 1 percent.”

The blocker subterfuge also permits university administrations and boards to dodge the flak they’d otherwise field from students and activists for controversial entries in their portfolios. Making ample use of sleight-of-hand blocker deniability, the endowments of Columbia and Duke, for example, poured cash into an iron-mining fund called Ferrous Resources, which operates principally in Brazil, and was forced to shut down a proposed pipeline deal in 2012 amid reports that it would endanger the health of more than 100,000 citizens. (Duke, for its part, seems to acknowledge the mordant, predatory possibilities of the whole shakedown by naming one of its blocker-empowered entities the Gothic Fund.) More run-of-the-mill deals for hydrocarbon and natural gas holdings also gain protective covering from blocker deals, particularly for schools that have disingenuously pledged to limit their investments to acceptably green enterprises.

But as is usually the case in the investing world, the truly egregious effects of the blocker scam are hiding in plain sight. The real scandal here isn’t the ease with which the captains of Ivy League endowment can skirt this or that ethical-investing stricture (even though, of course, such machinations are plenty scandalous in their own right). No, to behold campus financial relations in their true bloated and corrupt glory, you have to start by asking just what it is that’s touched off the arms race of endowment profitability in the first place—the competition to lure the richest possible student body, so as to continue padding their portfolios with alumni donations, nonprofit grants, charitable gifts, and the rest. It’s this pursuit that has spurred the colossal increase in tuition—which, in turn, has sparked the massive student-debt crisis, as middle-class-and-lower students are saddled with the debts accrued to create insanely lux physical plants and student housing for their Kushner-esque peers. And it’s the same untrammeled quest for pecuniary distinction that has sent not merely campus portfolios, but also the prestige academic brands themselves in search of still more moneyed clientele, in well-heeled and authoritarian climes such as the UAE and Singapore.

But even with such capital allurements strewn hither and yon, the schools can’t escape the clutches of globalized debt; Harvard’s elephantine $35 billion endowment has taken major hits going back more than a decade, when its putative genius neoliberal economist-president Larry Summers sent the fund careening into the red thanks to a series of disastrous interest-rate swaps in the early 2000s that ballooned into a full-blown crisis come the 2008 meltdown. The losses have slowed, but the long-term picture remains sluggish, even as the addled managers of the endowment pull down nearly $15 million a year in compensation.

In other words, the prestige education so long peddled as the bedrock guarantor of the American success creed has shriveled up into an unrelieved, relentlessly cronyist study in fee-gouging and rent-seeking—much like every other major enterprise and economic sector in Donald Trump’s America. Perhaps, then, our higher learning cartel really is teaching its eager recruits something crucial about how to make a name for yourself: that unless that name happens to be, say, Jared Kushner, you’re likely to be well and truly fucked.

Chris Lehmann is editor in chief of The Baffler and author of Rich People Things. His latest book, The Money Cult, is out now from Melville House.