Don't Let The Alt-Right Hijack #MeToo For Their Agenda

Feminism is now being weaponized for right-wing agendas. We must not allow that to happen. 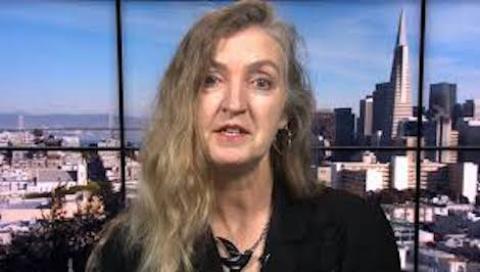 ‘In this moment, we need to ask better questions. Whose agenda is being served in each case?’,Democracy Now

That was fast. In this #MeToo moment, feminism has been coopted by both people who don’t understand it and by people who oppose it. Worse: it’s now being used against people who are feminists and allies.

The most recent example comes from Mike Cernovich, the alt-right conspiracy theorist who led the way on the Pizzagate hoax that claimed senior Democrats were involved in a child abuse ring in the basement of a Washington DC restaurant. That whole ruckus should’ve given MSNBC pause when he went after one of their regulars.

Cernovich recently orchestrated a campaign to pressure MSNBC to fire contributor Sam Seder over a joke he made in a 2009 tweet. The network did fire him – only to then rehire him after a backlash against their decision.

If you have ever been exposed to jokes before, you’d know the tweet was sarcastic. It mocked people whose defense of Roman Polanski from child rape accusations rested on the fact that he was a ‘great artist’. It was an anti-rapist rape joke, like the kind that Amy Poehler, Tina Fey, Amy Schumer and even Jay Leno later told about Bill Cosby.

We’re now at the point where people are being canned for jokes, by people who don’t get the jokes, don’t get feminism, don’t get that maybe there should be some proportion in this thing, and don’t get that right-wing men with a public record of misogyny might not be your best guides through all this.

Even if Seder’s joke was bad and made in the wrong spirit (which, just to be clear, it wasn’t), if we’re going to fire everyone who has made a non-feminist remark we’re pretty much going to clear all the offices everywhere of almost every man and quite a few women.

That’s why people who’ve been thinking about gender politics and women’s rights should be in charge of this moment. We need to be led through this by people who’ve experienced harassment and denigration and discrediting. People who’ve spent years listening to others and who have been thinking about the dynamics, ethics and consequences of these things before.This should be a moment when powerful men and the women who’ve protected them say: ‘hey, when we were in charge it didn’t go that well, maybe we should learn to doubt ourselves, and our judgment, maybe we shouldn’t make snap decisions based on our brand-new interest in women as human beings possessed of inalienable rights.’

But instead they’re just finding new grounds to be in charge and to adjudicate all this.

Consider the experience of writer Ijeoma Oluo, who last week said that USA Today asked her to write a piece arguing a feminist position against due process.

She says an editor there told her, “[...] They want a piece that says that you don’t believe in due process and that if a few innocent men lose their jobs it’s worth it to protect women. Is that something you can do?”

They were asking her to say feminists are happy to harm individual men for the good of the cause, and not interested in distinguishing innocence from guilt. She refused. That’s not who she is and not who feminists are.

The slogan “believe women” arose because women have often been assumed from the outset to be crazy, mendacious, manipulative and anything but honest when they charge men of sexual crimes. That’s why their claims are often dismissed out of hand rather than investigated.

The slogan doesn’t mean don’t investigate the claims. An accusation pits two claimants against each other, an accuser and, usually, a person who claims they’re not guilty of what they’re accused of. Both deserve due process.

Project Veritas, the right-wing organization that went after Planned Parenthood in a sting operation over abortion a few years ago, bet that the Washington Post was also uninterested in distinguishing truth from falsehood, innocence from guilt.

They sent an undercover operator to pretend she had been sexually involved with Roy Moore as a minor. The Post demonstrated beautifully what due process looks like in journalism.

They interviewed the claimant and understood that she was trying to set them up and exposed her—a counter-sting they reported on in a November 27 article.

It was apparent that, like Cernovich’s attack on Seder, Project Veritas’s attack on the Post was meant to discredit the #MeToo movement. Feminism is now being weaponized for right-wing agendas. At which point it’s not feminism: it’s misogyny using feminism as a cover.

I was disconcerted that, when Leeanne Tweeden put out a story about her encounters with Al Franken, the alt-right site Infowars and right-wing Trump ally and Infowars associate Roger Stone apparently had advance knowledge of her story.

“Infowars Called It! Correctly Predicts Al Franken Sex Scandal!” said a headline on November 16. Tweeden is a Fox employee and a friend of Hannity’s. I would have liked to know more about the situation, especially why right-wing operatives had advance knowledge of it.

A friend who was once a congressional aide remarked to me that when it comes to men in the legislative branch, they’re nearly all guilty of some form of sexual harassment, inappropriate behavior, insensitive remarks, and so forth. I suspect a high percentage of powerful heterosexual men in general are guilty of at least Franken’s degree of denigration of individual women, and if such things are grounds for dismissal, fairness would demand we dismiss them all.

But we are not going to find out about all of them. We are going to find out about some of them not because they are the most egregious, but because of other factors—because someone has good documentation to share, because a former victim is not afraid, or because something matters more than that fear, or because it fits a larger political agenda.

We have heard from a great many women and some men in this Weinstein season. There is no reason to believe that we’ve heard from more than a small minority with stories of abuse to tell.

John Conyers is accused by multiple women, some of whom were his employees, of sexual harassment. He rightly resigned. Still, I’m curious why Conyers’s accusations surfaced when they did and if they’re supposed to somehow neutralize Moore’s.

There’s a man in elected office who’s been publicly accused more than a year ago of harassment, verbal denigration, groping, and sexual assault, including a credible case of attempted rape. I’d like to see any purge start with the predator in the White House.

In this moment, we need to ask better questions. Whose agenda is being served in each case? Who decides? How do we weigh degrees of gravity? This is not about men who violated the norms but about the fact that misogyny has long been the norm. Misogynists have been protected and promoted for not decades but centuries. What are we to do about that?

Moving forward, we need to figure out who decides not just these individual cases but how we move past this era of impunity—and who “we” is going to be, because justice for women sure doesn’t include Project Veritas and Mike Cernovich.