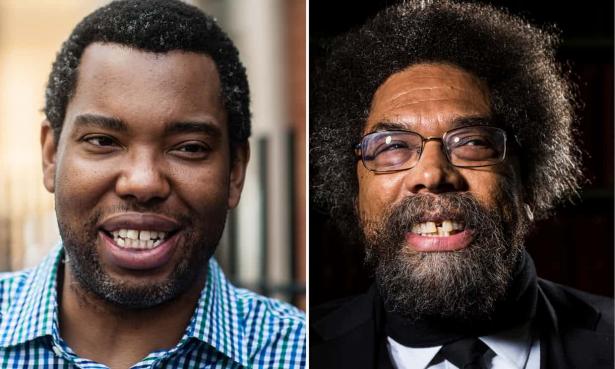 “The disagreement between Coates and me is clear,” said West. “Any analysis or vision of our world that omits the centrality of Wall Street power, US military policies, and the complex dynamics of class, gender, and sexuality in black America is too narrow and dangerously misleading. So it is with Ta-Nehisi Coates’ worldview.”

Coates hit back on Twitter, listing the articles he has written criticising US foreign policy, before quitting the social media site and deleting his account of 1.25 million followers.

So did this row between two of the best-known African American thinkers set back, or advance the struggle for black equality? We asked black academics and activists for their verdict.

Melvin Rogers: Criticisms of our allies are valid, but must be properly pitched 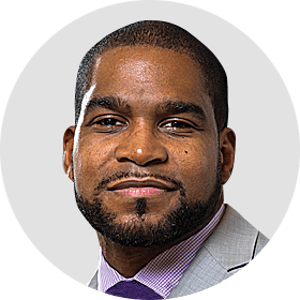 The disagreement between Cornel West and Ta-Nehisi Coates takes place against the backdrop of a long and rich tradition of struggle and internal conflict among African American intellectuals and activists regarding the quality and form that resistance to white supremacy should take. And there is much value in this. As WEB Du Bois noted in 1903: “The hushing of the criticism of honest opponents is a dangerous thing… Honest and earnest criticism… this is the soul of democracy and the safeguard of modern democracy.”

Rather than treating the West-Coates disagreement as a feud, we would do better to ask what might we learn from it and how might it provide direction. First, the criticisms we direct to those who are rightly viewed as our allies must be properly pitched. Those of us who are committed to racial justice achieve nothing by alienating those who otherwise are standing with us. In the face of our criticisms, we mean for them to lean in and learn from, rather than pull back and opt out of, intellectual debate.

Second, once we inhabit the space of the social critic – and, in truth, there is a little bit of a social critic in all of us – we cannot simply abandon debate when it has become intense. Nor should we allow others, seeking to foment division for their own ends, co-opt the conversation.

Patrisse Cullors: The spotlight is on two men whose debates are not definitive of our communities 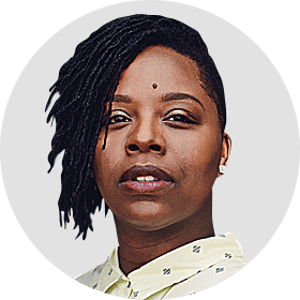 So wrote Amiri Baraka in 1979. The exchange between Cornel West and Ta-Nehisi Coates is evidence that black political debate in the US is at a historic low. I was trained within a black radical tradition that encouraged struggle within our own movements because it sharpens collective analysis – bringing us closer to the tools we need to achieve liberation.

Freedom for black people (and by extension, everyone) looks like a world without policing and incarceration, a world where black people live to raise their children, where our country doesn’t rely on corporations, and where our nation is primarily concerned with the livelihood and dignity of our communities. Freedom means the US government not being the main threat to countries around the world.

Wherever there are communities fighting for freedom and liberation, there are serious tensions. Let’s quote Malcolm X, Martin Luther King Jr and Ella Baker without romanticising them, but rather acknowledging that they had legitimate arguments about tactics and strategy.

Another key element missing from the West-Coates conversation is the role, analysis and wisdom of black women and black queer folks. Again, our narratives and analyses are erased. The country’s spotlight is on two black cis-gendered men whose debates are not definitive of our communities or movements.

The culture we have created today is one where debates fall into call-out tropes; where we silo our conversations to social media. While this is an incredible tool, can we facilitate healthy debate off social media? Do we have the interest, ability, patience and compassion to have face-to-face conversations? Social media is not the only space we should rely on.

And finally, when we are calling for black political debate, I ask, is it fundamentally changing the material conditions for black people? Here, I don’t see it; and black life is at stake.

Carol Anderson: The real radical is the man who hits power in high places 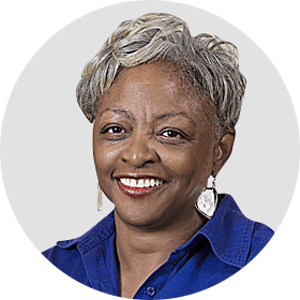 It was the 1920s. A morally and sexually compromised president had come to power promising a regime fundamentally different to his predecessor’s. The new administration was packed with conmen, hucksters, and unqualified shills raiding the public treasury and selling public lands to Big Oil. There were also those in the cabinet with an agenda that would place inordinate, unbridled power in the hands of corporations while millions of poor Americans took the brunt of a Great Depression that hit before anyone knew what to call it.

Greed fever ran like an epidemic in the financial sector giving the illusion of prosperity and wealth when, just underneath, the economy had major fissures and faultlines that threatened to topple the American behemoth. Meanwhile, black people were being terrorised in Tulsa, the Ku Klux Klan was gaining political power in key states in the north, voting rights were under attack, and a new racist immigration law effectively shut the door on anyone not Anglo-Saxon.

The international scene was just as vexing. The rise of fascist regimes in Europe and Japan ran headlong into an American retreat from the League of Nations, and by the 1930s there was a growing internal fifth column, marketing itself as “America First”, that undermined any effective response to regimes that threatened US national security.

In the midst of the maelstrom, an intellectual brawl broke out among African Americans. Unbelievably, the real issue was not the political and economic horror that confronted the nation and black people, who were dealing with massive disparities in access to constitutional rights and wealth. Instead, one African American intellectual openly and mercilessly challenged another over what was essentially ephemera. Du Bois looked on at the row within Fisk University, Tennessee, and shook his head. This peacock display was merely the effervescence of faux bravery. “The real radical,” he noted, “is the man, who hits power in high places, white power, power backed by unlimited wealth; hits it and hits it openly and between the eyes.”

It’s 2017. A morally and sexually compromised man has assumed the presidency of the United States. His regime is attacking black and brown people with reckless abandon while, under the guise of “America first”, shielding Nazis and other white supremacists, and providing no defence against a government that threatens US national security. He and his minions have also unleashed wanton corporate greed, reduced public lands, attacked voting rights, and imposed or threatened immigration restrictions to warm the cockles of any eugenicist.

In the midst of this maelstrom …

Shailja Patel: An unrealistic and ahistorical code has been invoked to silence debate 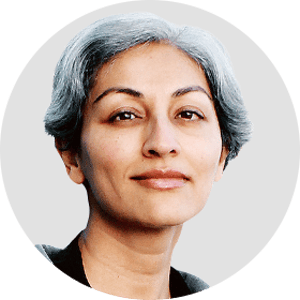 Imperial privilege is reducing a vital assessment of Barack Obama’s devastating harm to black and brown peoples outside the US to a personal beef between two African American men.

It’s painful to us, in the global south, to see that American writers that we read assiduously, and take seriously, are not reading us. They are not listening when we say: “Please ask your president to stop killing us.” They appear to simply not see black and brown bodies beyond US borders.

An ahistorical code has been invoked, of global solidarity among people of colour, to silence debate on mass slaughter

Obama’s bombs took tens of thousands of civilian lives. His military intervention in Libya destroyed the country with the highest standard of living in Africa. To resist a public discussion of these crimes, for fear that our political differences will be deployed against us by racists, exemplifies what writer Mmatshilo Motsei calls “colonial hangover”. Aren’t we full, complex, thinking, sovereign human beings? Didn’t we fight liberation battles, mount civil rights struggles, for the right to engage in public life? Dare we not, still, claim equal space in the forum?

An unrealistic and ahistorical code has been invoked, of global solidarity among people of colour, to silence debate on the actual mass slaughter of black and brown bodies by the first black head of Empire. Gabeba Baderoon, South African professor of gender and African studies at Penn State University, calls this “the imperialism the US engenders, even in its citizens of colour”.

Why should it concern us if Nazis retweet us? White supremacy, imperialism, patriarchy, neoliberalism, are inherently parasitic. We will never be human within these systems. We’re not here to perform for their gaze. We’re here to be fully human to ourselves, fully accountable to each other.

• Shailja Patel is a Kenyan writer currently based in Johannesburg. She is the author of Migritude