If we get rid of a handful of Harveys while losing essential rights and protections for millions of women, are we really winning this thing? 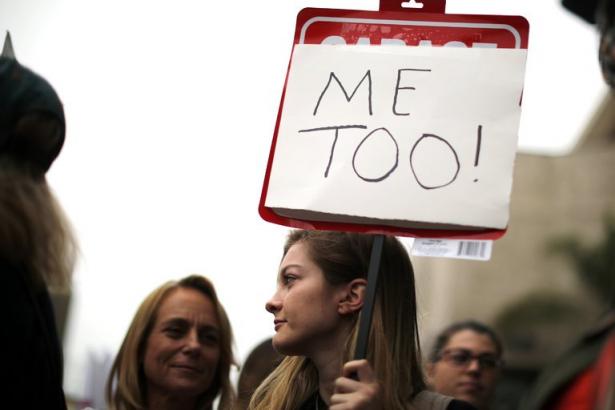 It would be easy to end 2017 with the impression that, whatever its afflictions, it was at least a game-changing year for feminism.

“The Female Revolution Is Here” and could “Smash Patriarchy at Its Core,” social and mainstream media headlines declared. “We are blowing the whistle on the prime directive of the master/slave relationship between women and men.” “This is the end of patriarchy” — this from Forbes! — “the male domination of humanity.” Twitter, the newsstand and the street concur: This year witnessed a transformational moment in American sexual politics.

Surely the results of the #MeToo phenomenon are worthy. It’s a seriously good thing Harvey Weinstein is gone and that the potential Harvey Weinsteins will think twice or thrice or a thousand times before harassing women whose fortunes they control. But “the end of patriarchy”? Look around.

This month, President Trump signed into law a tax bill that throws a bomb at women. The Tax Cuts and Jobs Act systematically guts benefits that support women who need support the most: It means an end to personal and dependent exemptions (a disaster for minimum-wage workers, nearly two-thirds of whom are women). An expiration date for child-care tax credits and a denial of such credits for immigrant children without Social Security cards. An end to the Affordable Care Act’s individual mandate. And, barely avoided, thanks to Democrats’ objections: an enshrinement of “fetal personhood” in the form of college savings accounts for unborn children, a sly grenade lobbed at legal abortion.

Not to mention that Republican congressmen plan to pay down the enormous federal deficit the bill will incur by slashing entitlements that, again, are critical to women: Medicaid (covering nearly half the births in the nation and 75 percent of family planning), Medicare (more than half of beneficiaries 65 and older — and two-thirds of those 85 and older — are women) and so on.

And that’s on top of all the other Trump administration insults: reviving the global gag rule on abortion, suspending tracking of the gender wage gap, deep-sixing the Fair Pay and Safe Workplaces executive order and much more.

Which leads me to wonder, if we get rid of a handful of Harveys while losing essential rights and protections for millions of women, are we really winning this thing? How is this female calamity happening in the midst of the Female Revolution? An answer may lie in a schism that has haunted women’s protest for 150 years.

American women’s activism has historically taken two forms. One is an expression of direct anger at the ways individual men use and abuse us. It’s righteous outrage against the unambiguous enemy with a visible face, the male predator who feeds on our vulnerability and relishes our humiliation. Mr. Weinstein’s face is the devil’s face du jour, and the #MeToo campaign fits squarely in this camp. The other form is less spectacular but as essential: It’s fighting the ways the world is structurally engineered against women. Tied to that fight is the difficult and ambiguous labor of building an equitable system within which women have the wherewithal and power to lead full lives.

The clarion cry against individual male predation and the push for broader gender equality may seem part and parcel, especially now. When Donald Trump is the titular head of the machine, it’s tempting to imagine that the machine itself has orange hair — and that to defeat Harvey Weinstein is to win. But the patriarchy is bigger than the patriarch.

The two forms of women’s protest intersect, of course. Just ask generations of female workers at Ford Motor Company, who know that workplace sexual harassment undergirds a system of oppression. But fighting the patriarch and fighting the patriarchy are also distinct — and the former tends to be more popular than the latter. It’s easier to mobilize against a demon, as every military propagandist — and populist demagogue — knows. It’s harder, and less electrifying, to forge the terms of peace. Declaring war is thrilling. Nation building isn’t.

How this plays out in feminism has been evident since the 19th century, when American women started the “social purity” movement against prostitution and “white slavery” of girls. The most popular women’s mobilization of the 19th century wasn’t for suffrage — it was for Prohibition, a moral crusade against demon men drinking demon rum, blowing their paychecks at the saloon and coming home to beat and rape their wives. The Women’s Christian Temperance Union quickly became the nation’s largest women’s organization.

Did that war against men behaving badly feed into the larger battle for women’s equality? In many ways, yes: Susan B. Anthony herself began as a temperance organizer. But a good number of women who railed against alcohol’s evils shrank from women’s suffrage. Fighting against male drunkenness fell within the time-honored female purview of defending the family and the body; extending women’s rights into a new political realm felt more radical and less immediate. Frances Willard, the temperance union’s formidable second president, eventually brought the organization around to supporting the female franchise by redefining the women’s vote as a “home protection” issue: “citizen mothers,” as the morally superior sex, would purge social degeneracy from the domestic and public circle. But Willard’s attempt to further conjoin morality efforts with the second form of activism — her “Do Everything” campaign for a shorter workweek, a living wage, health care and prison reform, among other things — was snuffed out upon her death, as the union’s leadership abandoned its support for broader social reform.

The challenge today is the one faced by Anthony and Willard: how to bring the outrage over male malfeasance to bear on the more far-reaching campaign for women’s equality. Too often, the world’s attention seems to have room for only the first.

A few weeks ago on a chilly morning in Pittsburgh, two women named Chelsey Engel and Lindsey Disler chained themselves to the entrance of the building that houses Senator Pat Toomey’s local office to protest the tax bill. “The situation is so catastrophic and so dire,” Ms. Disler said, her scarf-swathed torso shackled to the doors. “Something has to be done.” She delivered her words to two dozen onlookers and a few police officers, who, by 8:30 a.m., had sent the two women packing. Their protest barely registered outside a few area news outlets, on a day when the media was aflutter with reports of the latest celebrity accused of harassment, Peter Martins, director of New York City Ballet.

The two forms of female protest can even be positioned against each other. In the 1980s, the “War on Pornography” campaign set off the damaging “sex wars” within the women’s movement itself, at the very moment when a backlash against women’s equality was amassing its forces and Ronald Reagan’s administration was formulating policies that would disproportionately hurt half the country. The “sex-positive” feminists who worried about restrictions on free speech and questioned the condemnation of all pornographic material found themselves labeled, by anti-pornography feminists, as shills and pimps for the industry. Today we’re already seeing the long knives come out for sister travelers who have called for some due process and proportionality in confronting male harassers.

A similar quarrel surfaced in Hillary Clinton’s defeat last year. Some feminist-minded women deemed her an unacceptable choice to pursue the art of dealing and compromising necessary to running the state — and running it to the greater benefit of women — because she’d already compromised herself by staying with, and defending, Bill Clinton.

The forces behind this divide are so intractable in part because they are so psychological. To fight the devil is to be on the side of the angels, to assume the mantle of virtue and purity. The political arena, by contrast, is no place for angels, and its victories are slow and often incomplete. Without gainsaying the courage of “silence breakers,” one can note the flip side: that their words, especially now, can generate instant, and dramatic, response — and more immediate gratification than one gets from protesting economic and legal structures.

Since Mr. Trump’s election, women have been trying hard to fight on both fronts. The #MeToo campaign exists alongside the Women’s March on Washington, black female voters sending an Alabama Democrat to the Senate, and a stunning number of female candidates seeking office in coming elections. If women can break the hex that has kept them from harnessing the pure politics of personal outrage to the impure politics of society building, then maybe our Chelsey Engels and Lindsey Dislers can draw as much attention to their protest as the next actress will outing the next loathsome boss.

That paradigm shift will be critical to winning the coming battles for women’s rights: health insurance, pay equity, family planning, sexual assault, and more. The peril is that activist women won’t transcend the divide. In which case, #MeToo will continue to topple patriarchs, while the patriarchy continues to win the day.