The producer, who assembled a record-breaking trans cast for FX’s Pose, is excited to find new talent. 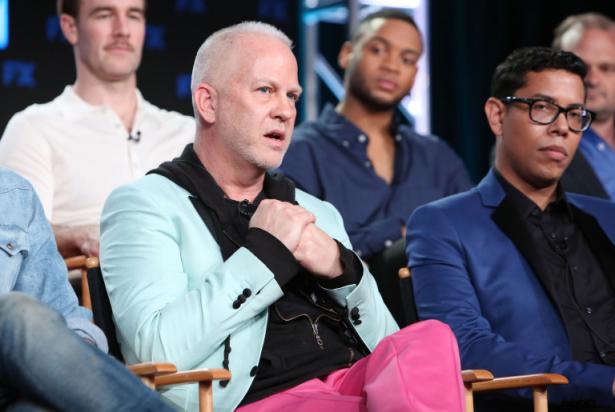 When asked if he ever considered casting a cis actor in a trans role, prolific TV producer Ryan Murphy didn’t hesitate: “No.”

Surrounded by the cast for his upcoming FX series Pose — which stars a record-breaking cast of transgender actors in a story about the queer scene in 1980s New York City — Murphy insisted that making a point of casting trans actors in trans roles not only speaks to the spirit of Pose, but is simply necessary.

“The show is about the search for being authentic ... about creating opportunities, too,” Murphy said. To that end, he and the Pose producers spent “months and months and months” casting the show, a process he likened to first casting his Fox musical Glee.

“Straight [cis] men playing these roles, I think that it’s time to move beyond that,” Murphy said, citing Transparent creator Jill Soloway, who has acknowledged that Jeffrey Tambor being cast as a transgender woman might not have happened if the show were created today. “It’s time to think differently and offer other opportunities to people who are fantastic, and want to work.”

“This is one of the best casts I’ve ever worked with,” Murphy continued. “Many of them, when we were shooting, had never been in front of a camera. That was more exciting to me, to be blunt — to make stars and create opportunities.”

As cast member Dominique Jackson put it: “This is an amazing experience for all of us, to actually be seen as actors that can portray [these characters] and work professionally.”

That’s why, Murphy confirmed, casting a cis actor in a trans role was “never an option.”

And for those who might remain unconvinced of the importance of involving transgender people in the telling of trans stories, Pose writer and producer Janet Mock explained that one of the most exciting things about the series for her is that it goes beyond the typical origin story of trans characters to portray their entire lives as people.

“There is that history-making piece of the show, which makes it so exciting and creates a really great headline,” Mock said. “But I think at the end of the day, Ryan has assembled a cast of collaborators and actors and artists and intellectuals who have come together to create this cultural product that can stand among any other ... I never had access to seeing myself in such a full way, in a way that is raw and problematic and gossipy and cackling, but then also deeply heartfelt and saddening and heartbreaking. I’m so excited to give that to folks.”