It HAS Happened Here

We have to stop treating the deep anti-democratic currents in modern U.S. history as exceptions—mistakes that will never happen again. We should know better 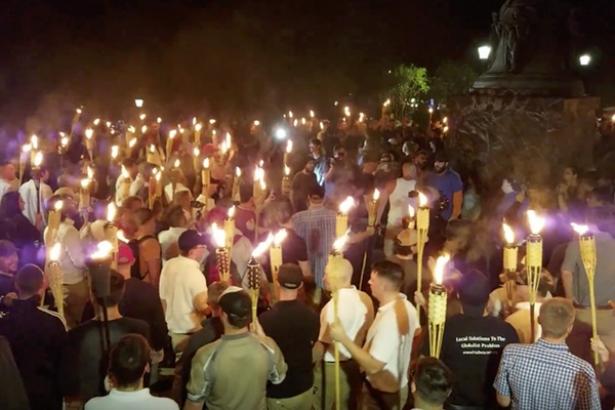 For too long, progressive intellectuals have mocked conservatives as “know-nothings” for their insistence that the U.S. is immune to history and can’t be compared to other countries because it is simply superior.

I suspect, however, that historians, even radical ones, suffer just as much from American exceptionalism. Our version of this mindset is evoked by the title of Sinclair Lewis’s 1935 novel, It Can’t Happen Here. No military coups, no dictatorships, no violent revolutions, no breaks in the constitutional order—what do we really have to worry about? The United States will persevere somehow, and if you need reassurance, recall Watergate’s bipartisan removal of a president via constitutional processes.

And then along came Trump. It’s pretty obvious that the certainty “it could never happen here” was foolish in hindsight. More than just admitting error, we need to face up to what history tells us is possible. It is thoroughly “exceptionalist” to treat Trumpism as a temporary aberration, brought on by the peculiarities of the Electoral College and the Republican Party’s takeover by the organized right. There is no fundamental reason to insist the U.S. is immune from authoritarian government, whether outright fascism or a regime maintaining the technical forms of democracy (a legislature; formal elections; courts that issue sentences) while actively subverting democracy’s real content. Turkey and much of central and eastern Europe, including Czechia, Hungary, and Poland, are trending towards authoritarian democracy, an oxymoron if there ever was one, and Putin’s Russia shows them how to do it.

We have to stop treating the deep anti-democratic currents in modern U.S. history as exceptions—mistakes that will never happen again. We should know better. In the past century, there are any number of existing legislative and judicial precedents for large-scale repression and direct attacks on democratic rights, none formerly overturned by Supreme Court action or constitutional amendment.

The Espionage Act of 1918 criminalized peaceful dissent in wartime. Approximately two thousand people were jailed for speaking or writing against U.S. entry into World War One, often for long sentences. Wartime repression functioned at many levels. Local authorities encouraged mob violence against radicals, leading to lynchings and an epidemic of flogging. In 1919, Attorney General Mitchell A. Palmer authorized raids to round up ten thousand immigrants without habeas corpus protections, and five hundred were shipped to the Soviet Union. That first “Red Scare” was powered by the new Bureau of Investigation led by the young J. Edgar Hoover. Over the next half-century his FBI centered an anti-subversive network inside and outside government which engaged in covert attacks on anyone Hoover considered “un-American.”

World War II was worse. In February 1942, President Roosevelt signed Executive Order 9066, authorizing the Army to deport anyone it saw fit from the West Coast. This order targeted Japanese immigrants (Issei) and native-born citizens of Japanese descent (Nisei), 120,000 of whom were deported to desert concentration camps for the rest of the war, unless released to do manual labor or serve in the armed forces. It was validated by the Supreme Court’s 1944 Korematsu decision, which has never been overturned.

Moving past 1945, the “McCarthyite” Red Scare is remembered, but in ways that soften its impact and mask the responsibility of liberals and the larger civil society. Large-scale purges of employment and blacklists began well before Senator Joseph McCarthy became a household figure in 1950 and lasted long after the Senate censured him in 1954. In 1947 President Truman ordered a Loyalty Security Program to assess the political sympathies of federal employees. The criteria for “loyalty” were entirely ideological. Thousands of government workers were fired and many more quit, a process repeated in every state and by all employers with government contracts. Constitutional protections of due process were abrogated; the FBI interviewed neighbors and associates and presented evidence in cameraas to what books people read or opinions they had voiced.

The Supreme Court has never struck down the concept that political tests can be used as a standard for employment. If the President were to instruct the current Attorney General to establish a similar loyalty program, why do we assume it would not pass muster with this Congress and this Supreme Court?

A worse precedent is the FBI’s covert COINTELPRO (Counter-Intelligence Program) of 1956-1971, focused on “disrupting” supposed radical threats, including the use of infiltrators, sabotage, and disinformation. As is well-known, the FBI tried to force Dr. Martin Luther King, Jr. to commit suicide by circulating taped recordings of his extramarital sexual activities to the press and then to his wife. The internal violence that consumed the Black Panther Party in 1969-1971 was largely the work of FBI agents spreading rumors. Repression by local law enforcement was more direct. The Chicago Police Department executed Panther leaders Fred Hampton and Mark Clark while they slept, for instance.

It is naïve to think these precedents are not on the minds of the President and the people around him. Trump justified his attempted ban on Muslims entering the U.S. by evoking FDR’s executive order authorizing internment; he has pardoned Sheriff Joe Arpaio, who used his shield to cover explicitly racial violence against Mexicans and Mexican-Americans. Newt Gingrich, one of the President’s closest advisers, has called for a new House Un-American Activities Committee, with the predictable consequences. Most frightening, of course, is the presidential tolerance extended to neo-Nazi “alt-right” groups, equating them with civil rights protesters.

In sum, it has, repeatedly, happened here. And it may again, with lasting consequences.