Not since 1953, when the U.S. and the Soviets exploded thermonuclear bombs, has the world been such a powder keg! 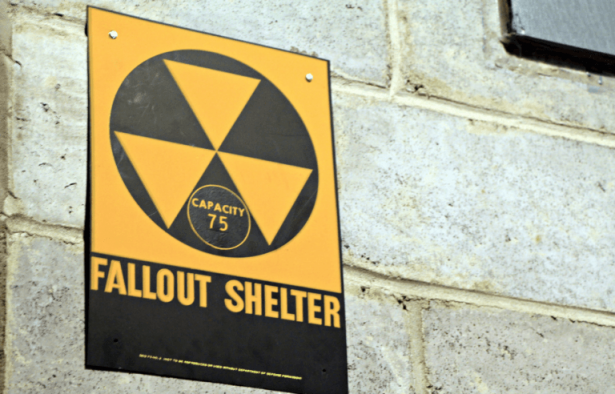 Only recently, the Bulletin of the Atomic Scientists moved the Doomsday Clock forward 30 seconds. It now registers two minutes to midnight. Verily, it’s lights out when the clock strikes 12:00 midnight. Ka-boom, it’s over!

Hitherto, in the aftermath of the Cold War, the clock was set all the way back to 17 minutes to midnight. Thereafter, it wasn’t until 1998, when India and Pakistan staged back-to-back nuclear weapon testing, that the famous timepiece moved forward into single digits once again. It’s important to note that resetting the clock is not a frivolous undertaking. A group of distinguished scientists make that decision.

Here’s the rationale for the move closer to the dreaded midnight hour: Upon the election of Trump, the Science and Security Board for the Bulletin of the Atomic Scientists reset the Doomsday Clock to 2 ½ minutes to midnight. That was based upon extraordinarily provocative nasty destabilizing verbiage from the president himself. Indeed, he is commander in chief, ahem.

Thereafter, following the self-crowning glory of Trump’s inauguration, which was an absolute bust, especially as worldwide protests in the streets vastly outnumbered the inauguration, global risks have measurably increased with leaders Trump & Kim exchanging simplistic infantile barbs at every opportunity.

Not only, it’s also a fact that global risks have compounded via U.S.-Russian relations, featuring more conflict than cooperation, as the two Super Powers crank up tensions: (1) continuing NATO military exercises along borders, (2) undermining the Intermediate-Range Nuclear Forces Treaty, (3) upgrading nuclear arsenals, and (4) eschewing arms-control negotiations. Truly, America is in conflict within all categories that ricochet into holocaust.

On a Global basis, tensions have increased over the South China Sea. Pakistan and India continue building larger nuclear weapon arsenals. And, in the Middle East, the U.S. is driving a stake into the heart of the Iranian nuclear deal. Meanwhile, and increasingly so, cyber threats risk outages of infrastructure power grids and water sources.

Exasperating this perilous world scenario, there is the real threat of fundamental breakdown in the international order because of U.S. behavior, torpedoing trustworthiness amongst nations whilst also undermining, and in fact ridiculing, a very sober Paris 2015 climate accord. In point of fact, U. S. leadership has turned deceptive and unreliable to predict or discern between sincerity and mere rhetoric, intermeshed within goofy twitter messages. Confusion and conflicting policy statements confront allies with despair.

Further endangering the world community, it is all too evident that the Trump administration is true grit for neoliberal spirits. In fact, it is speculated that if the Science and Security Board for the Bulletin of the Atomic Scientists computed risks of holocaust based upon the tenets behind rampant neoliberal capitalism, the clock would be reset to one minute before midnight. Indeed, especially under Trump, and especially with a big tax cut combined with rejection of any effort whatsoever to tame global warming. The biosphere is at a heighten level of risk under Trump.

The case can be made that the planet is at peak risk because of neoliberal socio-politico-economic policies that are equal in weight to the threat of nuclear holocaust. Neoliberal capitalism runs roughshod over the social contract and ignores ecological responsibility. For certain, there is no profit to be found in social contracts or ecological caretaking.

As a result, after 35 years of hardcore neoliberalism, the ecosystem is exhausted, frayed, and starting to collapse. Indeed, neoliberal principles of privatization of public assets, rugged individualism, and free-market dicta scrunch every class below the one percent whilst tossing aside ecological concerns into the gutter. Similar to a hefty steamroller, neoliberal ascendency literally flattens the social contract and tosses aside care for the biosphere.

The brand spanking new tax cut leveled at propping up corporations and the super rich exposes $1.5T in new governmental debt. Ipso facto, government must be cut to the bone to satisfy Republican dogma. Hence, the middling classes will be screwed, as the poor get decimated. Socially conscious and ecologically beneficial government will be, and is already, ripped apart. The checks and balances that keep the ecosystem humming, like the EPA, are systematically ravaged via executive order whilst giving the finger to the Paris 2015 climate accord.

This ongoing massive unraveling of guardianship for the ecosystem is smack dab in the crosshairs of a mean-spirited Ayn Rand-type conspiracy, taking full control over America. Rule via decadence is taking America back to late 19th century socio-politico-economic principles, “when men will be men.” As it happens, Trump is turning loose the most boorish elements of the transnational elite.

Meanwhile, the planet simmers with overheating symptoms, and emits an orangish glow because of massive chemical saturation, threatening civilization down to its core. The biosphere can ill afford the world’s largest economy rejecting remedial efforts. If the Science and Security Board for the Bulletin of the Atomic Scientists gave equal weight to ecosystem debasement as it does nuclear threats, the Atomic Clock would bust a spring.

Alas, because of excessive levels of CO2 emitted by humans with resultant global warming, which the Trump group exacerbates, the planet is weak in the knees, especially where people don’t see it, as for example,  (1) The all-important Atlantic ocean conveyor belt circulation pattern, aka: Thermohaline, has already started to slow down way ahead of schedule because of global warming, (2) Oceans have lost 40% of plankton production over the past 50 years, threatening loss of one of the major sources of oxygen for the planet, (3) In 2017, the Gulf of Mexico’s Dead Zone, where oxygen is so weak that fish die, is the largest ever at 8,800 square miles, (4) Kelp Forests in the ocean, the equivalent of terrestrial Rain Forest, are being wiped out from Tasmania to California, (5) Greenland experienced total surface melt for the first time in scientific history, (6) The massive Arctic meltdown threatens runaway global warming (“RGW”) as methane hydrates are exposed, bringing in its wake burn-out agriculture, (7) Irreversible Antarctica ice sheet collapse has commenced.

But still, overshadowing all threats to civilization, positive climate feedbacks are starting to influence the global warming process, meaning the planet itself is on autopilot, emitting one molecule of CO2 via hands-free positive feedbacks for every two molecules of CO2 emitted by human activity. (Source: Scripps Institution of Oceanography) This one fact alone is reason enough to move the Doomsday Clock much, much, much closer to midnight.

Postscript:  “There are growing signs that the Pentagon and the CIA are pressing ahead with preparations for a preemptive war against North Korea, including the use of nuclear weapons. There have been multiple reports in the American corporate media of behind-the-scenes discussions between the US military and intelligence apparatus and the Trump administration of the feasibility of a so-called “bloody nose” attack, involving US air strikes on North Korean nuclear facilities, with the expectation—however ill-founded—that they would not provoke a full-scale war. (Source: Alex Lockie, news editor, Business Insider: “US Stealth Bombers in Guam Appear to be Readying for a Tactical Nuclear Strike on North Korea,” Defend Democracy Press, Jan. 28, 2018)

[Robert Hunziker lives in Los Angeles and can be reached at rlhunziker@gmail.com.]