Netflix’s new six-part documentary series is an enthralling take on cons and corporate malfeasance, from money laundering for cartels to the Trump Organization. 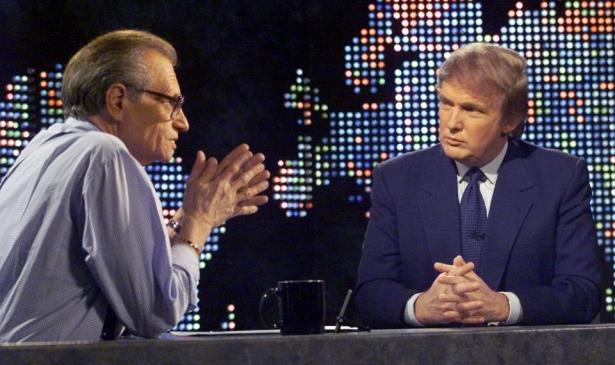 In 1980, when he was 34 years old, Donald Trump taped an interview with Rona Barrett, the gossip columnist and broadcaster. At that time, Trump had only recently started investing in Manhattan real estate, and the first Trump Tower in midtown was three years from completion. But he was already telling anyone who’d listen—including Barrett—that he was a billionaire. In the interview, which never aired, the pair discussed money, politics, and Trump’s ambition, including his personal conviction that anything you can dream, you can achieve. “If you lost your fortune today, what would you do?” Barrett asked. “Maybe I’d run for president,” Trump replies. “I don’t know.”

The exchange features in the final episode of Dirty Money, a fascinating and frequently enraging new documentary series on Netflix that tackles capitalism run amok—portraits of people and companies whose greed was so extreme and so untroubled by ethical boundaries that they engaged in truly historic acts of grift. The series explores how HSBC laundered money for drug cartels, how a race car driver was engaged in an illegal payday loan business that involved millions of Americans, and how Volkswagen cheated and lied to consumers globally about how dirty its diesel engines were. And then there’s Trump: In an episode called “The Confidence Man,” Dirty Money traces the origins of the president’s wealth, his lean years in the 1990s, and his more dubious business entanglements in Azerbaijan in the lead-up to his run for office.

It’s this final installment, directed by the Oscar-winning documentarian Fisher Stevens (The Cove), that will probably draw the most eyeballs, and to Stevens’s credit, he’s drawn a thorough and engaging work from a subject that’s been exhaustively reported on. But the series, executive produced by Alex Gibney (Going Clear: Scientology & the Prison of Belief; Enron: The Smartest Guys in the Room), is distinguished by the way it crafts a larger message about unfettered capitalism out of all of its infuriating, logic-defying stories. The creation of capital, Gibney argues in “Hard Nox,” his investigation into Volkswagen, is based on financial abstractions about risk and reward. There’s no space in the equation for moral considerations, only numbers.

Dirty Money proves its thesis not just by exposing corporations, but also by rendering thoughtful, intimate portraits of individuals whose desire to accumulate wealth has transformed into a terminal kind of myopia. “Payday,” directed by Jesse Moss, is an astonishing hour and eight minutes spent unpacking Scott Tucker, the race car driver who earlier this month was sentenced to 16 years in prison for operating an illegal payday-lending operation that hid behind Native American tribes and their sovereignty. Moss gets so much access to Tucker and his family that the episode opens as Tucker is furiously working out in his home gym while his cars are being impounded by federal agents. His wife is disgusted by the idea that someone else might buy them. She would never, she tells the camera, want “to be part of the process of the destruction of somebody’s life.”

It’s a sniffily moralistic statement for someone whose family wealth came from charging financially unstable Americans interest rates of, according to Dirty Money, as much as 500 percent. Moss builds “Payday” around these contrasts. He films the Tuckers as they attest their innocence and rail at the government for destroying their lives, but in the next scene he spends time with a trucker who was forced to take a payday loan to pay the gas bill so his kids wouldn’t freeze, and whose $500 loan led to almost three times that amount being deducted from his account. He incorporates recordings of furious borrowers calling operators to ask why their payments were so high, then films Tucker explaining that he’s really providing a public service. “No good deed goes unpunished,” Tucker—who made $400 million out of people in various stages of desperation—complains.

This personal self-delusion is manifested on a larger scale in the boardrooms of Volkswagen and HSBC. Gibney investigates how the former, on its mission to become the biggest automobile manufacturer in the world, created diesel cars that could cheat emissions tests while pumping 40 times more nitrogen oxide into the air than they claimed to. In “Cartel Bank,” Kristi Jacobson looks at how HSBC knowingly laundered almost a billion dollars for drug cartels and terrorist organizations. While Volkswagen ended up paying a $14.7 billion settlement and had several of its executives sentenced to jail time, it achieved its goal of dominating the global market. HSBC essentially got away with a slap on the wrist after prosecutors weighed the damage a more severe punishment might do to the economy—leading to the memorable conclusion in “Cartel Bank” that some companies are “too big to jail.”

Or, in the case of “Drug Short,” one of the best episodes in the bunch, what corporations are doing is totally legal. Directed by Erin Lee Carr, it follows the rise and fall of Valeant Pharmaceuticals, led by a CEO who declared that his mission wasn’t to make new drugs but simply to “create stockholder value.” In Carr’s hands, what could be a predictable story about corporate overreach becomes a gripping entrée into Wall Street excess, studded with compelling characters. There’s the Valeant CEO, a slovenly Uncle Pennybags who hoovers up companies and raises the price of one life-saving drug to almost $300,000 a year. And there’s Fahmi Quadir, a wunderkind in short selling who spends all of her evenings combing through Valeant’s history to try and bring it down.

These narratives differ in their various approaches and styles, but they’re essentially built around the same theme: simple greed. Stevens’s look at Trump’s empire is different. Not because the tactics are distinct (Trump University is portrayed as its own, particularly noxious kind of scam on impoverished people with dreams of wealth), or because the Trump Organization hasn’t operated in similarly gray (or even black) ethical areas. Rather, Stevens argues, it’s because Trump’s confidence trick doesn’t involve condos, or steaks, or airlines, or casinos. The con is Trump himself. For the last five decades, he’s sold himself as something he’s not: a billionaire many times over, a swaggering lothario, a casino magnate, a tycoon. After disastrous bankruptcies in the 1990s, Stevens notes, Trump’s businesses went quiet. Trump merely participated in the pageantry of his role as America’s most unblushing magnate, filming a Pizza Hut ad with his ex-wife Ivana in 1995 and a McDonald’s spot with Grimace in 2002.

Before the premiere of The Apprentice in 2004, the journalist Timothy O’Brien observes in the episode, Trump was mostly sitting around waiting for the phone to ring. That show, “The Confidence Man” argues, pulled off the greatest con of all when it persuaded large swathes of the American public that Trump was a titan of industry and a genius dealmaker rather than a simple forerunner to Kim Kardashian. Stevens interviews two Apprentice producers who reveal how much of the show was a false construction, including the Trump Organization set, which was built because the real office was too shabby, too small, and smelled funky. The series was a hit, though, and Trump’s brand was renewed.

Dirty Money makes a convincing case that without The Apprentice, President Trump would never have happened. But his presidency also seems to encapsulate a phenomenon the six documentaries are trying to unpack, where, given enough status and a requisite lack of shame, moral and financial bankruptcy can be shaken off in an instant. The quest for capital goes on, ad infinitum. Sporadic adjustments (the conviction of Scott Tucker, the tanking of Valeant) are momentary blips rather than paradigm shifts. When it comes to money, some companies—and some people—are just too much to contain.

SOPHIE GILBERT is a staff writer at The Atlantic, where she covers culture.