The legislature must decide whether residents will keep being charged, possibly for decades, for the failed project. 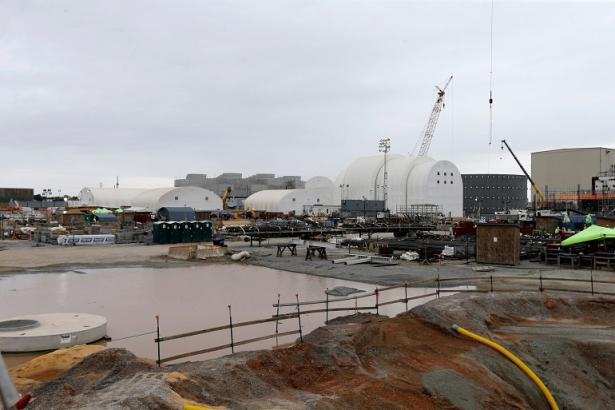 It has to be one of the greatest wastes of money in any state’s history. Last summer, two utility companies halted construction on nuclear reactors in South Carolina. They had already sunk more than $9 billion into the project, which will never be completed or generate a kilowatt of power. The state is now trying to figure out who’s to blame, and who will pay.

The story started a dozen years ago. Back in 2006, South Carolina, along with several other states, passed legislation to try to jumpstart the moribund nuclear construction industry. At the time, energy was more expensive than it is today and there was talk of Congress perhaps imposing a carbon tax. In states with growing populations, encouraging nuclear energy through a new approach seemed like a good idea. South Carolina decided to allow utilities to bill customers for the cost of nuclear construction as it happened, rather than waiting until power plants were completed. “Rather than charge our elder Aunt Minnie in 10 years when it goes online,” says Brett Bursey, executive director of the SC Progressive Network, a social justice group, “this was presented as a consumer-friendly way to pay for construction as they go.”

The initial cost estimate was $7 billion. Westinghouse, which was contracted to build the reactors for the utilities South Carolina Gas and Electric and Santee Cooper, was using a new design for its plant. The company made thousands of engineering and design changes along the way, which slowed things down and contributed to increases in the cost. So did its taste for expensive materials. Westinghouse bought thousands of hand-machined nuts that cost $114 each, rather than sturdier, off-the-shelf nuts that retailed for $2.20, according to The Post and Courier. There was a reason for that: Westinghouse got to charge 15 percent overhead on everything it spent. Every thousand nuts meant $17,100 in revenue for the company, rather than the $330 it would have collected if it used the cheaper version.

There were other construction problems. An audit by Bechtel Corp. two years ago found that the construction plans and design were faulty, and that the project was poorly managed. As one legislator put it, the entire project was “built to fail.” The utilities tried to block public release of the audit, but Gov. Henry McMaster put it out last September. “There was obviously failure in oversight and management at the project site,” says state Sen. Shane Massey. “There were multiple breakdowns along the way.”

Westinghouse went bankrupt last spring and the utilities quickly called it quits on the project. Customers have already been billed some $2 billion for the reactors. Under current regulations, the utilities continue to collect $37 million per month. That means the average ratepayer is paying an additional $250 per year, or 18 percent of the bill. This could go on for 60 years. “You will literally have your children and grandchildren pay for this mistake,” says Bursey.

Some legislators have argued that consumers shouldn’t be on the hook for the billions already charged. But it may not be legally possible to recover the money. It may not even be feasible. The utilities don’t have the cash to give back, even if they wanted to. “That would be the fair thing, but it’s not realistic,” Massey says.

Instead, the fight in the legislature this year will be about whether to curtail additional payments going forward. Needless to say, the utilities are opposed to that idea. They insist they must collect the money, or they won’t be able to continue operating or have access to capital. They aren’t sympathetic actors, but Santee Cooper is state-owned so legislators will have to take its concerns seriously.

Every state faces a balancing act when it comes to protecting consumers while also ensuring that electric utilities can provide power and remain solvent. Examining contracts and proposals more closely before they’re approved is a smarter regulatory approach than trying to clean up enormous messes after they’ve been made.