On Thursday, a federal court in California ruled that Immigration and Customs Enforcement (ICE) and the Los Angeles County Sheriff’s Department (LASD) unlawfully detained thousands of suspected immigrants on the basis of unconstitutional requests from ICE known as immigration detainers. “The court’s decision vindicates years of work by the Los Angeles immigrant community to challenge the Sheriff Department’s abuses and throws a major wrench in the Trump administration’s deportation machine,” said Jessica Bansal, litigation director of NDLON. 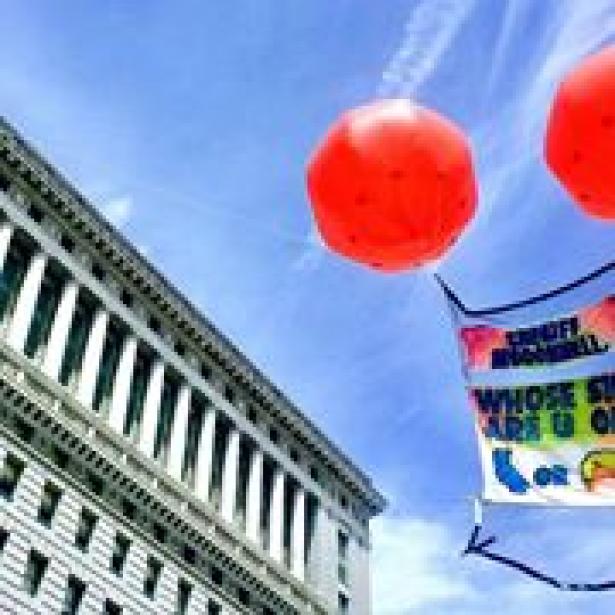 Link to the decision below!

Los Angeles, CA -- On Thursday, a federal court in California ruled that Immigration and Customs Enforcement (ICE) and the Los Angeles County Sheriff’s Department (LASD) unlawfully detained thousands of suspected immigrants on the basis of unconstitutional requests from ICE known as immigration detainers.

“Together with the recently enacted California VALUES Act, this decision is proof that Trump’s assault on immigrants faces stiff—and effective—opposition in the streets, the state legislatures, and the courts.”

The decision issued in Roy v. County of Los Angeles and Gonzalez v. ICE holds the LASD liable for violating the Fourth Amendment rights of thousands of inmates it detained without probable cause of any crime, including some who were held for days after they should have been released. It also holds that the LASD unconstitutionally incarcerated thousands of individuals with low bail amounts who would not even have been booked into jail if it were not for unconstitutional immigration detainers. Based on this decision, members of both classes may be entitled to monetary damages.

“For years, the Los Angeles County Sheriff’s Department, the largest law enforcement agency in the United States, callously denied immigrants constitutional protections that universally apply to all other jail detainees – unjustifiably holding them without cause as prisoners,” said Lindsay Battles, an attorney with Kaye, McLane, Bednarski & Litt. “This decision holds law enforcement agencies accountable for anti-immigrant abuse of their authority.”

The decision issued in Gonzalez v. ICE holds that ICE’s practice of issuing detainers based on evidence of a person’s foreign place of birth and no other information about a person’s citizenship or immigration status violates the Fourth Amendment. It also holds that its practice of issuing detainers without obtaining an administrative warrant violates its own statutory arrest authority. The decision entitles a national class of people currently subject to immigration detainers to relief from their detainers.

The court further found that factual issues about certain detainer-related practices of ICE and LASD would require a trial.

“This decision is a victory for the constitutional rights of both citizens and noncitizens alike who for years have been subject to unlawful arrest and detention due to ICE’s immigration requests,” said Jennie Pasquarella, director of immigrants’ rights and senior staff attorney for the ACLU of Southern California. “As the highly polemical ‘sanctuary city’ debate continues, this decision further clarifies that the immigration detainers at the heart of that debate are unlawful and that police who honor them violate the constitution.”

“The ICE detainer program damages communities and is built on a foundation of illegality,” said Mark Fleming, associate director of litigation at the NIJC. “We are pleased that this court joined other precedents across the country in recognizing the statutory and constitutional problems with detainers.”