Palestinians slam new 'breach of loyalty' legislation as 'extremely racist' and a violation of international law. 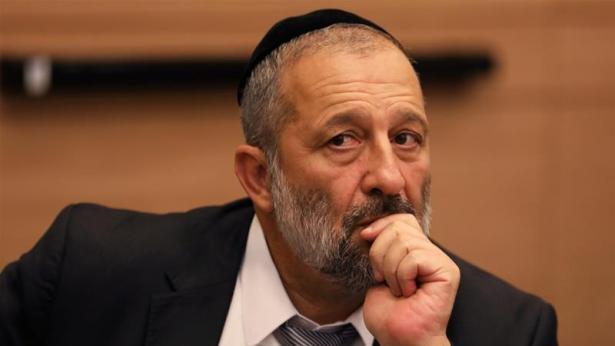 Israel's Interior Minister Aryeh Deri will now have the power to revoke residency of Palestinians in Jerusalem. , Ammar Awad/Reuters

The Israeli parliament has passed a law that allows the minister of interior to revoke the residency rights of any Palestinian in Jerusalem on grounds of a "breach of loyalty" to Israel.

The bill, ratified on Wednesday, will also apply in cases where residency status was obtained on the basis of false information, and in cases where "an individual committed a criminal act" in the view of the interior ministry.

Under the new measure, Israel's Interior Minister Aryeh Deri, leader of the ultra-Orthodox political party Shas, will be able to strip the residency documents of any Palestinian whom he deems a threat.

Hanan Ashrawi, a senior member of the Palestine Liberation Organisation (PLO), described the law as "an extremely racist piece of legislation.

"By unethically stripping the residency of Palestinians from Jerusalem and depriving the rights of those Palestinians to remain in their own city, the Israeli government is acting in defiance of international law and is violating international human rights and humanitarian laws," said Ashrawi, according to a statement published on Wafa, the official Palestinian news agency.

Despite Israel's claims that occupied East Jerusalem is part of its "eternal, undivided" capital, the Palestinians who are born and live there do not hold Israeli citizenship, unlike their Jewish counterparts.

Palestinians in the city are given "permanent residency" ID cards and temporary Jordanian passports that are only used for travel purposes. They are essentially stateless, stuck in legal limbo - they are not citizens of Israel, nor are they citizens of Jordan or Palestine.

The new bill will only worsen the difficult conditions for the 420,000 Palestinians living in occupied East Jerusalem, who are treated as foreign immigrants by the state.

Any Palestinian who has lived outside of Jerusalem for a certain period of time, whether in a foreign country or even in the occupied West Bank, is at risk of losing their right to live there.

In a statement on his Twitter page, Deri, the interior minister, said this law would allow him to protect the "security of Israeli citizens".

Deri, who was, in the past, convicted of bribery, fraud and "breach of trust", said the law would "be used against permanent residents who plan to carry out attacks against Israeli citizens".

Adalah, a Palestinian rights group in Israel, said the law is illegal under international humanitarian law.

"East Jerusalem is considered occupied territory under international humanitarian law (IHL) - like all other areas of the West Bank and the Gaza Strip - and its Palestinian residents are a protected civilian population. It is therefore illegal under IHL to impose upon them an obligation of loyalty to the occupying power, let alone to deny them the permanent residency status on this basis," a statement by the group said.

In a recent report, Human Rights Watch said such residency revocations, which force Palestinians out of Jerusalem, "could amount to war crimes" under the treaty of the International Criminal Court (ICC).

The development comes amid heated tensions in Jerusalem, after US President Donald Trump decided to publicly recognise Jerusalem as Israel's capital in December. Trump also vowed to move the US embassy from Tel Aviv - the Israeli commercial capital - to Jerusalem.