A living interactive publication grapples with the dimensions, roots and consequences of inequality in the United States 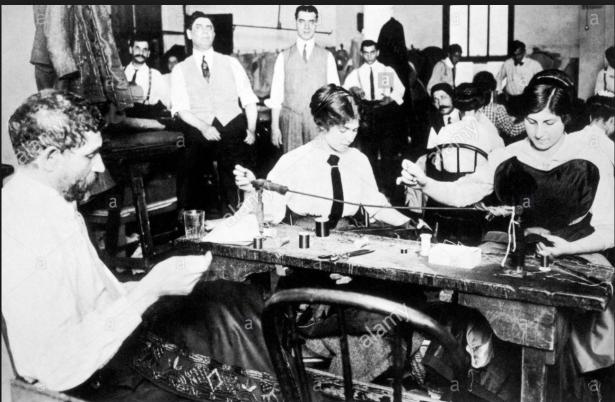 In December 2013, a year into his second term, Barack Obama identified“dangerous and growing inequality and lack of upward mobility” as “the defining challenge of our time.” That observation — two years after Occupy Wall Street, four and half years into the “recovery” from the Great Recession, and eighteen years since the growing income share of the top one percent surpassed that of the bottom fifty percent — was both true and trivial.

Now, a long year into a new administration determined to deepen that divide — even as it mines its resentments — our inequality persists in starker and starker dimensions.

The digital project “Growing Apart: A Political History of American Inequality,” is an effort to grapple with that challenge — its dimensions, its roots, its causes, and its consequences. 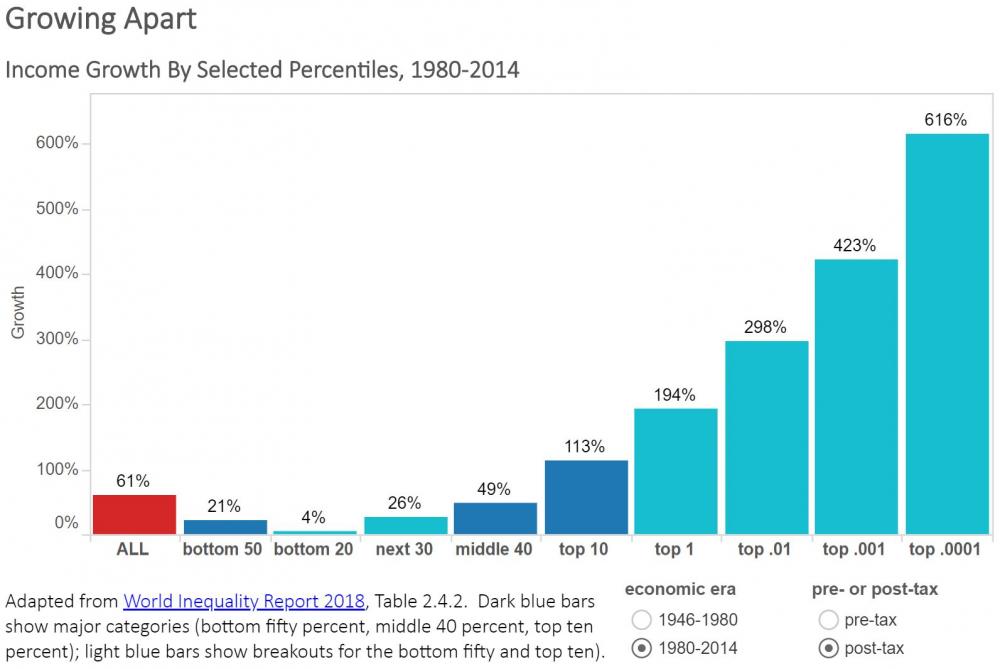 My motivation and interest in this project flows from several sources. As an historian of American public policy, I have written on the political economy of the New Deal, the politics of American health policy, and the long shadow of racial segregation in American cities. The central theme of this work, I came to realize, was the failure of public policy to redress inequality and, in many instances, its eagerness to sustain and widen that inequality.

As a faculty member at a large public university, I have, over the last quarter century, seen the fortunes and expectations of my students hammered by unrelenting economic challenges, including the erosion of state support for K-12 and post-secondary education.

And, as a researcher for a state policy think-tank (the Iowa Policy Project, an affiliate of the Economic Policy Institute’s EARN network), I have come to appreciate not just the corrosive effect that bad policy can have on equality and equal opportunity, but the damage that inequality can do to democratic aspirations and institutions.

For all of these reasons — academic, pedagogical, and political — I started assembling “Growing Apart.” Some of the pieces first appeared as blog posts for various outlets, and preliminary versions of the project were published at Inequality.org and as a series at Dissent. Intended as a “live” resource, this new version of Growing Apart incorporates the latest data and new research (especially in the wake of the Great Recession) on inequality’s causes and consequences.

The goal of “Growing Apart” is threefold.  First and foremost, it advances a politicalexplanation for the growth of inequality in the United States. Too often, our discussions of economic inequality are prefaced by nods to the inexorable pressures of globalization and technological change.

And yet, as causal forces, these cannot account for either the timing and pattern of our inequality, or the yawning gap between the United States and its peers. In order to understand the differences that matter — both across our own history and in cross-national comparison — we need to understand inequality as both a distributional outcome and a political choice.

Second, “Growing Apart” advances an historical explanation for the growth of inequality.  In this sense, our present-minded fascination with the latest data, the distributional implications of new or proposed policies, or the fallout from the last business cycle often distract from a larger and longer story.  Once we turn our attention to policy as a driving force behind trends in inequality, we need to understand the full historical arc of those policies.

The now-familiar “suspension bridge” graph of top income shares in the United States captures the underlying political pattern and logic.  Top incomes shares plummet with the policy innovations of the New Deal but climb again as those innovations — in labor law, in social policy, in financial regulation, in taxation — were dismantled. 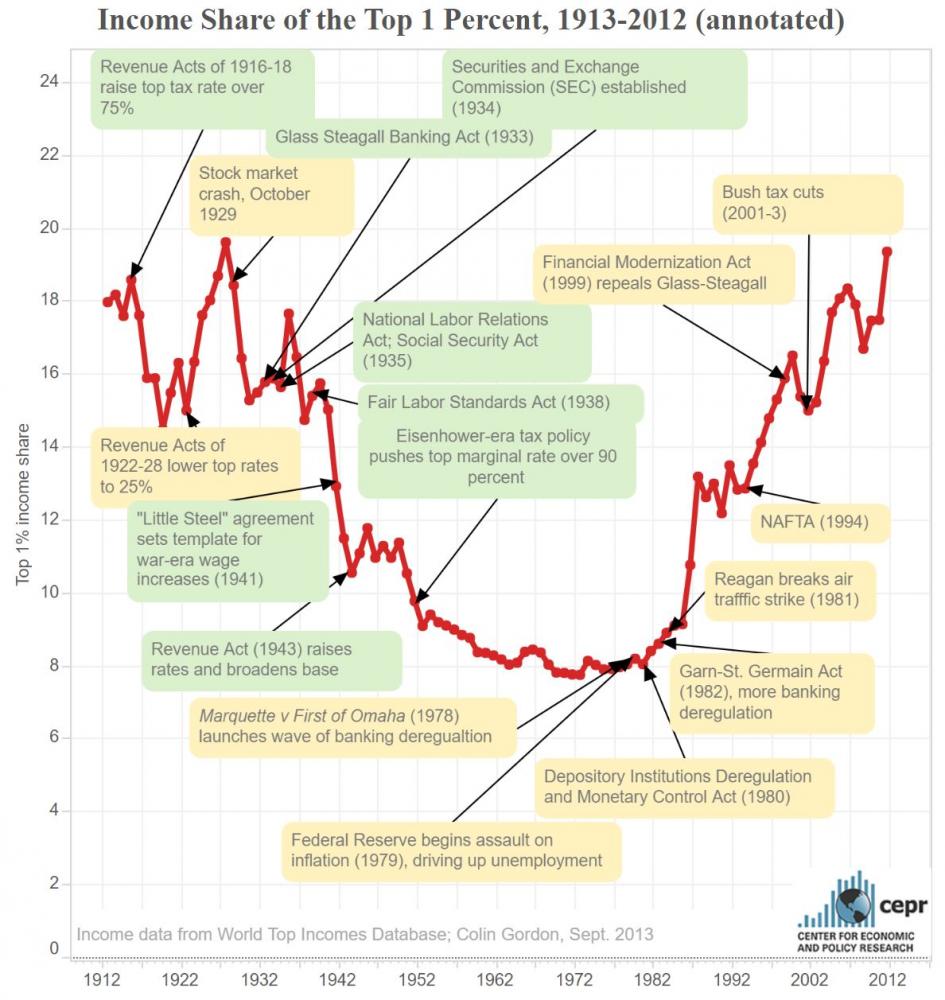 Third, “Growing Apart” offers an expansive and synthetic account of the problem. The growth of inequality in the United States has been accompanied by an explosion of academic interest in the problem, and by remarkable advances in the availability, accessibility, and scale of the relevant data. The goal, in this respect, is for “Growing Apart” to distill the insights of historians and social scientists on each of these pressing questions — tracing in turn the arc of a policy and its implications for inequality. And the goal is for “Growing Apart” to be nimble, updating key metrics and incorporating new research as this important work continues.

While primarily an historical account, “Growing Apart” looks forward as well. Implicit in the description of the past, and in the comparison with our peers, is a conviction that we can do better. That conviction, I hope, is attentive to both the accomplishments of the “New Deal order” in reducing some forms of inequality and its complicity in sustaining others — to both policies and policy designs that worked in the economy of the 20th century, and to those that will work in the 21st.

Colin Gordon is Professor of History at the University of Iowa.