The imbalances and inequities generated by the global economy cannot be tackled by protecting a few politically well-connected industries, using manifestly ridiculous national security considerations as an excuse. Such protectionism is a gimmick, not a serious agenda for trade reform. 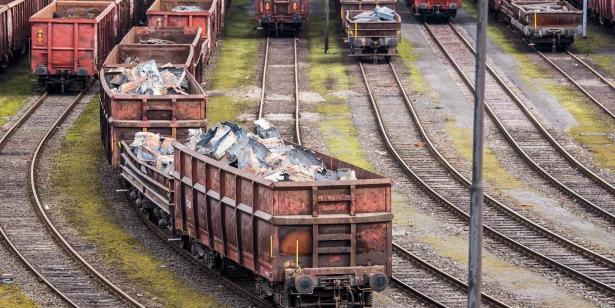 US President Donald Trump’s bark on trade policy has so far been far worse than his bite. But this may be changing. In January, he raised tariffs on imported washing machines and solar cells. Now, he has ordered steep tariffs on imported steel and aluminum (25% and 10%, respectively), basing the move on a rarely used national-security exception to World Trade Organization rules.

Many commentators have overreacted to the possibility of tariffs, predicting a “trade war” and worse. One expert called the steel and aluminum tariffs the most significant trade restrictions since 1971, when President Richard M. Nixon imposed a 10% import surcharge in response to the US trade deficit, and predicted that, “It will have huge consequences for the global trading order.” The Wall Street Journal wrote that Trump’s tariffs were the “biggest policy blunder of his Presidency” – a remarkable claim in light of the administration’s missteps over Russia, the FBI, North Korea, immigration, taxation, white nationalism, and much else.

The reality is that Trump’s trade measures to date amount to small potatoes. In particular, they pale in comparison to the scale and scope of the protectionist policies of President Ronald Reagan’s administration in the 1980s. Reagan raised tariffs and tightened restrictions on a wide range of industries, including textiles, automobiles, motorcycles, steel, lumber, sugar, and electronics. He famously pressured Japan to accept “voluntary” restraints on car exports. He imposed 100% tariffs on selected Japanese electronics products when Japan allegedly failed to keep exported microchip prices high.

Just as Trump’s policies violate the spirit, if not the letter, of today’s trade agreements, Reagan’s trade restrictions exploited loopholes in existing arrangements. They were such a departure from prevailing practices that fear of a “new protectionism” became widespread. “There is great danger that the system will break down,” one trade lawyer wrote, “or that it will collapse in a grim replay of the 1930s.”

Those warnings proved alarmist. The world economy was not much affected by the temporary reversal during the 1980s of the trend toward trade liberalization. In fact, it may even have benefited. Reagan’s protectionism acted as a safety valve that let off political steam, thereby preventing greater disruptions.

And once the US macroeconomy improved, the pace of globalization accelerated significantly. The North American Free Trade Agreement, the WTO (which explicitly banned the “voluntary” export restraints used by Reagan), and China’s export boom all followed in the 1990s, as did the removal of remaining restrictions on cross-border finance.

Trump’s protectionism may well have very different consequences; history need not repeat itself. For one thing, even though their overall impact remains limited, Trump’s trade restrictions have more of a unilateral, in-your-face quality. Much of Reagan’s protectionism was negotiated with trade partners and designed to ease the economic burden on exporters.

The voluntary export restraints (VERs) of the 1980s in autos and steel, for example, were administered by the exporting countries. This allowed Japanese and European companies to collude in raising their export prices for the US market. Indeed, these companies may even have become more profitable thanks to US trade restrictions. There is little chance that South Korean exporters of washing machines or Chinese exporters of solar cells will fare as well today. Trump’s unilateralism will cause greater anger among trade partners, and thus is more likely to generate retaliation.

Another contrast with the Reagan-era measures is that we are living in a more advanced stage of globalization, and the problems that have accompanied it are greater. The push for hyper-globalization in the 1990s has created a deep division between those who prosper in the global economy and share its values, and those who do not. As a result, the forces of nationalism and nativism are probably more powerful than at any time since the end of World War II.

While Trump’s policies purportedly aim to restore fairness in global trade, they exacerbate rather than ameliorate these problems. As Jared Bernstein and Dean Baker point out, Trump’s tariffs are likely to benefit a small minority of workers in protected industries at the expense of a large majority of other workers in downstream industries and elsewhere. The imbalances and inequities generated by the global economy cannot be tackled by protecting a few politically well-connected industries, using manifestly ridiculous national security considerations as an excuse. Such protectionism is a gimmick, not a serious agenda for trade reform.

A serious reform agenda would instead rein in the protection of drug companies and skilled professionals such as physicians, as Bernstein and Baker argue. It would address concerns about social dumping and policy autonomy by renegotiating the rules of the WTO multilaterally. And it would target areas where the gains from trade are still very large, such as international worker mobility, instead of areas that benefit only special interests.

But it is in the domestic arena that the bulk of the work needs to be done. Repairing the domestic social contract requires a range of social, taxation, and innovation policies to lay the groundwork for a twenty-first-century version of the New Deal. But with his corporate tax cuts and deregulation, Trump is moving in the opposite direction. Sooner or later, the disastrous nature of Trump’s domestic agenda will become evident even to his voters. At that point, an old-fashioned trade war may seem irresistible, to provide distraction and political cover.

[Dani Rodrik is Professor of International Political Economy at Harvard University’s John F. Kennedy School of Government. He is the author of The Globalization Paradox: Democracy and the Future of the World Economy, Economics Rules: The Rights and Wrongs of the Dismal Science, and, most recently, Straight Talk on Trade: Ideas for a Sane World Economy.]