Rania Abouzeid's Journey into the Hell of Syria's Civil War

"No Turning Back" tells the stories of ordinary people caught in a cataclysm. A review of the book by journalist Rania Abouzeid. 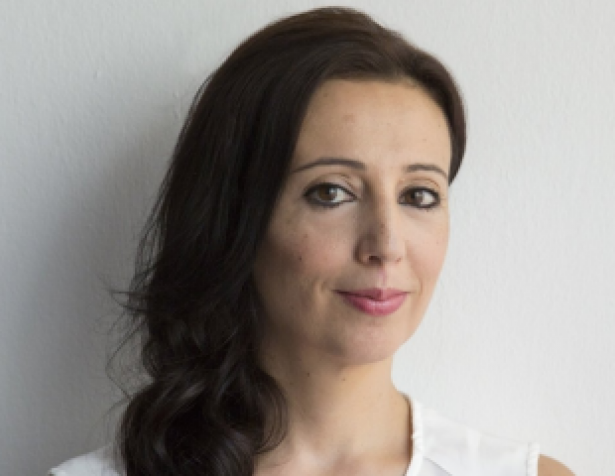 The Syrian civil war, now in its seventh year, defies understanding. What started in 2011 as a peaceful popular rebellion against the dictatorship of the Assad family evolved into a civil war, which then mutated into a multi-sided conflict involving at least seven foreign powers and three non-state armed movements. Half a million people have been killed and another million displaced. And the fighting is not going to end any time soon.

Barack Obama’s decision not to attack Syria in September 2013 is about the only thing he and Donald Trump ever agreed on. Obama’s would-be successor Hillary Clinton then pressured Obama into approving CIA support for so-called “Syrian moderates,” who regarded Assad as a tyrant, while fighting alongside al-Qaeda-backed forces who despised Assad as a heretic. Fifteen years after 9/11, the CIA and al-Qaeda were fighting on the same side and nobody in Washington cared to explain why that was a good idea.

To this terrible story, journalist Rania Abouzeid brings bravery, granular vision and stringent sympathy. Her new book, No Turning Back: Life, Loss and Hope in Wartime Syria, follows the ordeals of four Syrian families caught up in the cataclysm that al-Qaeda leader Ayman al-Zawahiri called a “waterfall of blood.”
The book “tells but a sliver of the Syrian tragedy,” Abouzeid admits; “how a county unraveled one person at a time.”

In her diverse cast, we begin to see why war spread everywhere, affected everything and everybody, yet still failed to dislodge the Assad dictatorship. Abouzeid doesn’t offer any policy prescriptions or take anyone’s side, save the people she visited and revisited, at hair-raising personal risk, from 2011- 2016.

Suleiman is a “son of money,” the scion of a prosperous mercantile family connected to the Assad government. He joins the rebellion against Assad out of idealism and winds up paying for his dreams in a “labyrinth of suffering.” He endures months of torture and degradation in filthy prison cells jammed with desperate naked men before his family’s bribes finally extricate him.

Ruha, the feisty daughter of a well-to-do farming family, grows from tyke to teenager as her father vanishes into the war zone and her family flees to Turkey. She loses the idyllic life of the Syrian countryside and escapes the male tyranny that the foreign fighters bring to her hometown when it is liberated from the regime.

Abu Azzam is a literature student who becomes a commander in the burgeoning Free Syrian Army, only to see foreign funding and internal corruption erode its heroic revolutionary stature and popular support. He gets married and drifts into sympathy with ISIS.

The consolation of these braided stories—and it is hard-won—is that the war makes human sense, if not political sense. Sudden violence and amazing charity abound. Two teenage boys are shot to death for no reason. A kidnapped girl chooses continued captivity to save her siblings. Family bonds and the spontaneous generosity of strangers persist on all sides. So do callousness and hatred.

The personal risks Abouzeid took to report this story are awesome to contemplate in the age of social media. A Lebanese journalist who grew up in Australia and speaks Arabic, she seems to have gone just about everywhere in Syria. You just can't get border crossings, bribes, midnight journeys, disguises, bombing raids, and arrest warrants from a Twitter feed—only from the notebook of a real reporter. Yet there are no heroics here. The experience of Abouzeid's subjects is always more important than her own, a journalistic discipline as welcome as it is rare.

While telling a tale of men at war, Abouzeid evokes the lives of the wives and mothers and daughters who make their homes, cook their meals and treat their wounds. These women enable, inspire and honor the men to go off to wage war, and they grieve and suffer and debate the violent results.

In one kitchen, the women decide they don’t want an Islamic state, Abouzeid observes, “not because Islam doesn’t grant rights to women but because the male clerics who interpret the religion could not be trusted.”

In No Turning Back, the Americans come off as feckless. When Secretary Clinton tells Syrian activists, “We want you to tell us who we should deal with and who we should avoid,” one of them laughs out loud. “The United States has no idea,” the activist says.

The people who do have an idea are just as bad. The roving Saudi and Qatari moneymen are cynical in renting the loyalties of outgunned militias desperate for ammunition. The Turks are bewildered as the waves of refugees wash across their unguarded border. The passing Iraqi and Afghan adventurers are vicious bullies. And the Syrian regime rarely hesitates when it has the chance to demonstrate ruthless savagery.

Because Abouzeid focuses on Syrians, we don’t hear much of the Lebanese fighters of Hezbollah who rallied to Assad’s side when he was in danger of losing the war. Mercifully, we hear little about military tactics, diplomacy or grand strategy. In Abouzeid’s reporting, humane understanding takes precedence over politics.

No Turning Back won’t tell you what to think about Syria. It will tell you how to think about a war without end, with the humility and compassion Abouzeid's craft inspires.

Jefferson Morley is AlterNet's Washington correspondent. He is the author of The Ghost: The Secret Life of CIA Spymaster James Jesus Angleton (St. Martin's Press).