In just 20 years, the total cost of the US increasing homeland security and waging wars in Iraq, Afghanistan, and elsewhere since Sept. 11, 2001, have exceeded $8 trillion, according to new estimates by the Costs of War project at Brown University. 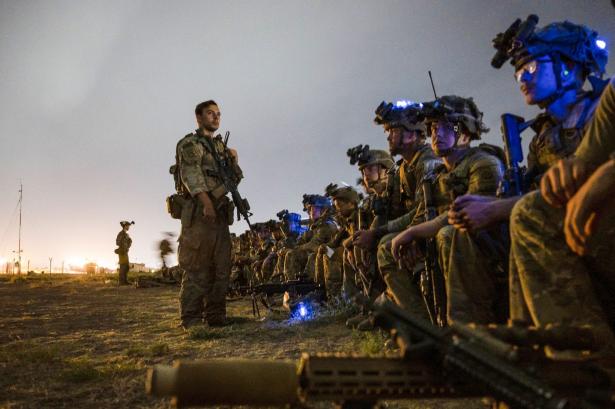 That figure includes the costs of veterans’ care through 2050, which is trillions higher than researchers previously estimated. Earlier estimates for the cost of all post-Sept. 11 wars had been about $6.4 trillion.

The project’s researchers also estimated that the wars have directly killed an estimated 897,000 to 929,000 people, which is considered a “conservative estimate.”

The Costs of War project, which launched in 2010 and is housed at Brown’s Watson Institute for International and Public Affairs, released updates Wednesday to its comprehensive data on the budgetary and true human costs of wars after the Sept. 11, 2001, attacks that killed nearly 3,000 people in New York, rural Pennsylvania, and Washington, D.C.

Researchers for the project reported direct war costs, which include all Department of Defense Overseas Contingency operations funding and State Department war expenditures, and counterterror war-related costs such as increases to the Pentagon’s base budget, care for veterans to date and in the future, spending by the Department of Homeland Security, and interest payments on borrowing for these wars.

The total also includes $1.1 trillion of related spending by Homeland Security and an estimated $2.2 trillion earmarked for future veterans’ care, including future medical care and disability payments, over the next decades.

These estimates do not include all the money provided for humanitarian assistance and economic development aid in Afghanistan and Iraq, nor the future costs of interest payments on borrowing to pay for the wars after fiscal year 2023, nor spending by state or local governments for counterterrorism or services for post-Sept. 11 war veterans. It also does not include spending by the dozens of US allies, such as Australia, Britain, Canada, Denmark, Italy, the Netherlands, Romania, Germany, and France.

According to the report, which was written by Boston University political science professor and chair Neta C. Crawford, who is also co-director of the Costs of War project, the US would have likely had to spend more on those wars if it had not been for the support of those allies.

“There has been no single US government estimate for the total costs of the post-9/11 wars. There are partial accounts of post-9/11 war costs,” wrote Crawford.

In March, the Defense Department released its most recent estimate that emergency and overseas contingency operations spending for wars in Iraq, Syria, and Afghanistan cost a total of $1.6 trillion, or $8,094 per taypayer through fiscal year 2020. But those amounts entirely exclude non-Defense Department classified programs.

The lack of clear expenses from the federal government is why the Costs of War project was launched, wrote Crawford.

“Democracy can sometimes take a beating during war. Operations may be shrouded in well-intentioned but perhaps unnecessary secrecy, and mistakes are generally swept under the rug or downplayed,” read the report. “The Costs of War Project hopes that this accounting, and our other work, promotes transparency and facilitates informed conversations about current and future wars.”

What were some of the other costs?

What was the human toll of the wars?